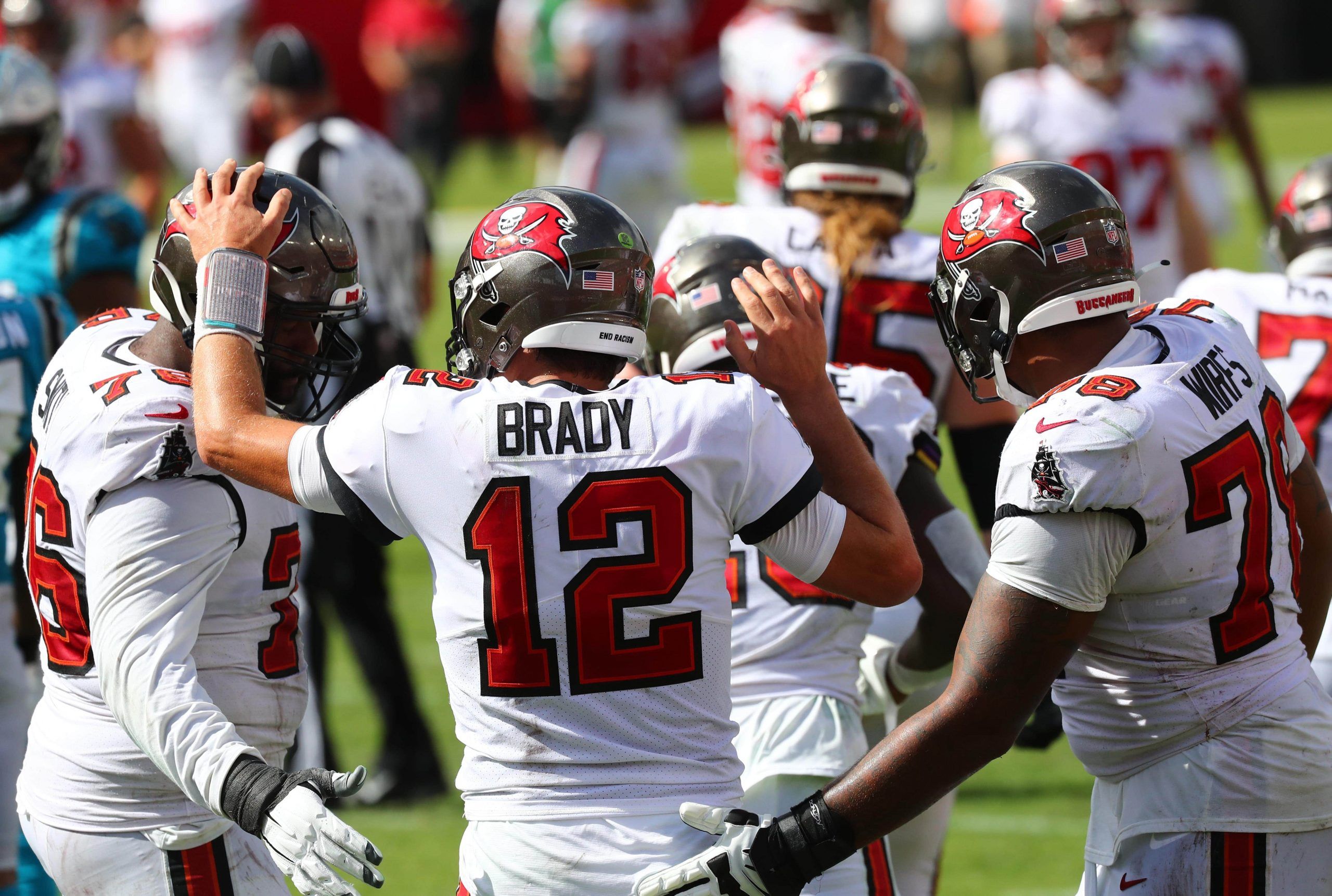 Since graduating from Davidson (The College That Stephen Curry Built), I have been writing about sports--just about any and all you can think of!--and coaching tennis in Atlanta, Ga. Beyond the four major sports, I am an avid tennis fan and cover the ATP Tour on a daily basis. If I'm not busy writing, you can generally find me on a tennis court or traveling the world wherever a sporting event takes me.
@Dimonator133
Updated: 3:55 AM ET October 16, 2020

There was a game on Tuesday (Titans vs. Bills), which wrapped up the Week 5 festivities. Now Week 6 does not begin until Sunday, because Thursday Night Football between Kansas City and Buffalo was pushed back to Monday (obviously the NFL was not going to make the Bills play twice in the span of three days!). That means this week there are zero Thursday games and yet another Monday Night Football double-header. Welcome to the craziness that is football during the coronavirus era.

But no matter the circumstances, one thing remains the same: you have to put your best foot forward in fantasy each week regardless of when your players are taking the field.

Let’s take a look at the best players at each position heading into the Week 6 matchups, as well as potential sleepers and players you should either start or sit.

Tee Higgins, WR, CIN (@ IND) – The Clemson-LSU connection between Higgins and Joe Burrow is picking up steam. Higgins has been targeted at least seven times in each of the past three games. He has racked up at least 62 yards in each of the past two and has found the endzone twice in 2020. Higgins has also been faring much better against zone defenses than man-to-man, and the Colts primarily play zone.

Mecole Hardman, WR, KC (@ BUF) – Hardman’s offensive potential has always been obvious based on his electrifying kick-returning game, but he doesn’t always have opportunities in a loaded Chiefs offense. Now he does, because Sammy Watkins is hurt. Hardman has scored touchdowns in two of the last three games and he had a decent 50 yards against the Raiders last week. Buffalo is playing on a short week and its defense stunk against Tennessee.

Alexander Mattison, RB, MIN (vs. ATL) – Dalvin Cook sustained a groin injury during the Vikings’ Sunday night thriller against Seattle. Mattison replaced him and rushed for a career-high 112 yards on 20 carries. The second-year running back out of Boise State scored a TD the previous week against Houston. He should have plenty of chances to do some scoring against a porous Atlanta defense that is banged up and playing under an interim head coach.

Tom Brady, QB, TB (vs. GB) – Brady forgot what down it was against Chicago last week, but hopefully for his owners he remembers that he is the GOAT and plays accordingly against Green Bay on Sunday. He will probably air it out a ton, too, since the Bucs could very well be playing from behind.

Kenyan Drake, RB, ARI (@ DAL) – Drake has gotten at least 18 touches in four of five games this year. Those opportunities should translate into a ton of success against a woeful Cowboys defense that has already surrendered seven touchdowns on the ground.

Amari Cooper, WR, DAL (vs. ARI) – It could be a shootout between Drake and Cooper’s two teams. Cooper has had four productive performances out of five weeks in 2020 and he is more than capable of delivering another with Andy Dalton at QB instead of Dak Prescott.

Cam Newton, QB, NE (vs. DEN) – The good news is that Newton is back from his coronavirus hiatus and reportedly good to go for Sunday’s date with Denver. However, he could be rusty having been away from the playing field and even the practice field for a while. Plus, the Broncos’ defense is no joke.

Adrian Peterson, RB, DET (@ JAX) – Peterson’s touches went from 23 in Week 4 to 11 in Week 5 (a 35-29 loss to New Orleans). In turn, rookie running back D’Andre Swift seems to be returning to favor with the Detroit coaching staff. Swift turned eight touches into 52 yards and a score against the Saints.

Terry McLaurin, WR, WAS (@ NYG) – Kyle Allen is back under center for the Football Team, but is that even good news? It’s hard to say, because he has attempted only 13 passes this season. This offense is bad no matter who is lining up at QB. TWFT just needs to pocket an early lead against a horrendous Giants team and then pound the ball on the ground.