HomeAnalysisNFL AnalysisWise n' Shine: What you need to know to bet better on New Year's Day

Wise n' Shine: What you need to know to bet better on New Year's Day 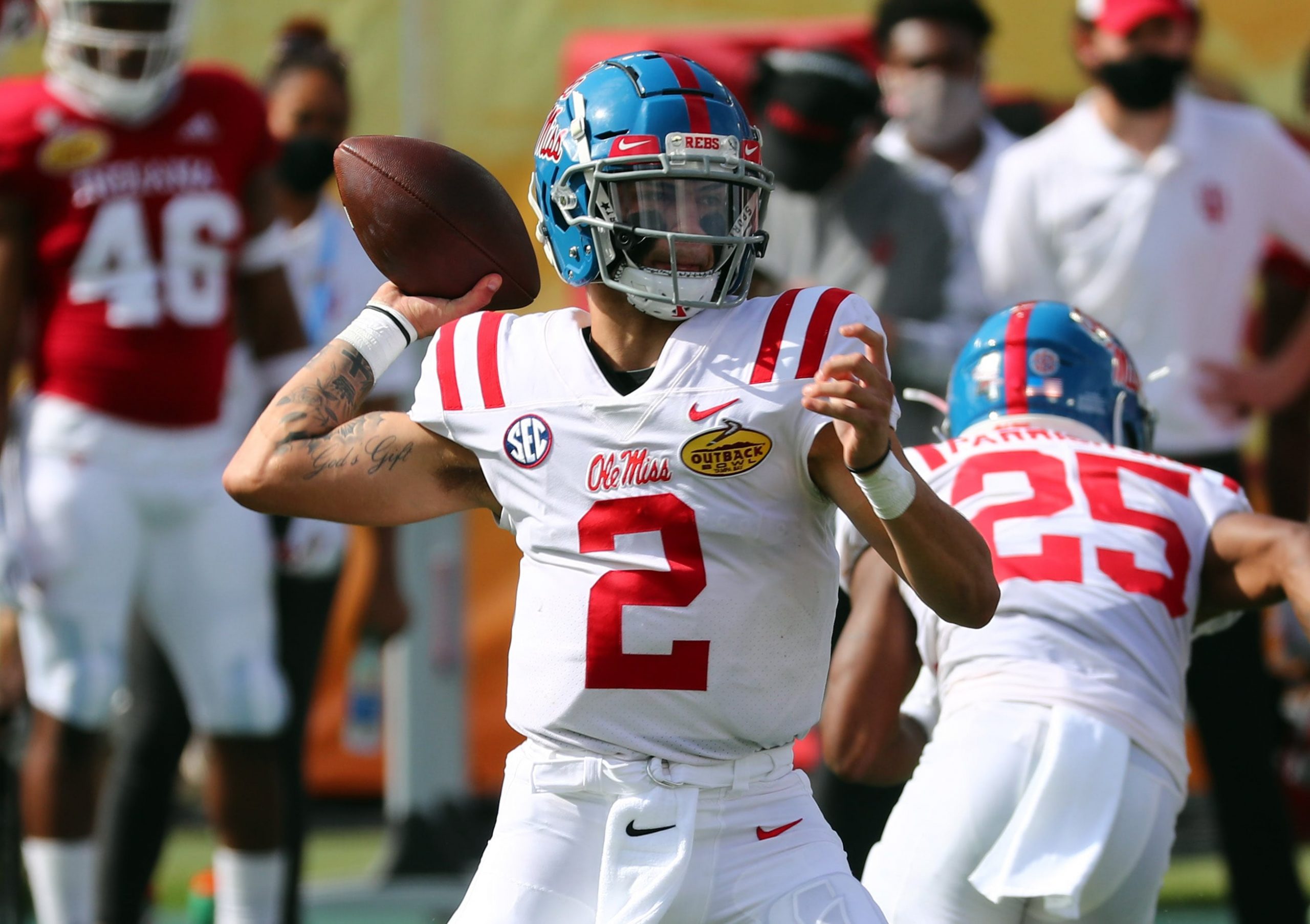 We have always been all about making your next bet better, and that’s exactly what we plan on continuing to do in 2022. Without further ado, it’s time for this year’s first installment of Wise n’ Shine – in which we have a lot to discuss. Headlining the day’s schedule are a few New Year’s Six bowl games, while there is also plenty of action on the hardwood and the ice. Let’s get right to it!

Alabama vs Georgia rematch for the national title
It will be an all-SEC showdown in the National Championship after Alabama blew out Cincinnati in the Cotton Bowl and Georgia dominated Michigan in the Orange Bowl. Michigan’s failure cost us a fourth successful mega parlay of bowl season (we had previously nailed Wake Forest -15 over Rutgers and Central Michigan ML over Washington State), but we are back in action with another effort on New Year’s Day. Our first college football mega parlay of 2022 pays out at +1165 odds!

Pickswise goes 4-0 on NBA player props!
We have been cashing mega parlays and same game parlays left and right in the NBA, NHL, and college football this week. On New Year’s Eve our experts were on the prop bets train. We went 4-0 in the NBA, including Dallas guard Jalen Brunson destroying his 27.5 points + rebounds + assists quota with a total of 36! Moreover, the Lakers’ beatdown of the Trail Blazers in the nightcap was a best bet winner and capped off a 7-3 ATS day for our NBA experts — including a 5-0 ATS run in the last five games of the night!

A terrific trio of New Year’s Six bowl games
Just because the College Football Playoff semifinals are over doesn’t mean bowl season is slowing down. In fact, it’s only heating up! The Fiesta Bowl, Rose Bowl, and Sugar Bowl are all taking place on New Year’s Day. As if that isn’t enough, so are the Outback Bowl and Citrus Bowl! Find out who we’re riding with by checking our picks for all of the college football games.

Bucks, Nets, Warriors and Jazz help ring in the new year
A six-game NBA schedule is headlined by a double-header on NBATV. It begins with Pelicans at Bucks before the Warriors pay a visit to the Jazz. The Bulls, Clippers, and Nets are also among those in action. Head over to our NBA picks page to see who we’re tipping.

Nine NHL games, zero postponements (so far)
Getting nine NHL games in without a single postponement would have to be an unofficial record during the omicron era. But that will be the case barring any Covid-19 casualties between now and 10:30 pm ET. A battle between St. Louis (18-9-5) and Minnesota (19-9-2) is especially intriguing. Don’t miss our predictions for every NHL matchup.

Baylor battles fellow undefeated Iowa State
College basketball isn’t wasting any time diving into 2022. Although there have already been a plethora of postponement’s on Saturday’s slate, seven top 25 teams are still scheduled to take the court. The highlight is a Big 12 showdown between No. 1 Baylor and No. 8 Iowa State; both teams are 12-0. Check out all of our CBB picks.

Ole Miss has more speed, played a much tougher schedule, and boasts a future first-round pick at quarterback in Matt Corral. Baylor had a great regular season and deserves a ton of credit for booking a spot in a New Year’s Six Bowl, but the talent gap here is undeniable. Lane Kiffin isn’t going to get out-coached to the extent that the Bears make up for the talent difference. Two of our experts — both Ross Tucker and Connor Grootenhuis — are all over the Rebels. Read our full game preview for Baylor vs Ole Miss.

Don’t miss this week’s episode of Pickswise Playbook, our NFL betting show starring Chris Rose, Jared Smith, and Ross Tucker as they take you through the Week 17 NFL slate and provide their best bets across the matchups.

We have another episode of Let’s Bet It for you to be on the lookout for. It’s our daily betting show featuring Lauren Jbara, Jared Smith, and Mark Zinno; that trio will be breaking down all of the day’s college football bowl games. Make sure you subscribe to our Pickswise Youtube channel so you never miss an episode!

Moving over to the NFL, for the first time this season a week is not beginning until Sunday. That’s right; no Thursday action and nothing on Saturday, either. But our Week 17 coverage has already come in fast and furiously, so be sure to check out Sunday’s NFL mega parlay in addition to our best player prop bets. Finally, don’t miss Jared Smith’s best bets and insights into the NFL betting market.

There are two key statistics to note in Notre Dame’s favor heading into their Fiesta Bowl matchup with Oklahoma State. The Fighting Irish are 38-0 straight up in their last 38 games as favorites and this year’s team gave up a grand total of 24 points in its last four regular-season contests.

New Year’s Day really only means one thing: bowl games, bowl games, and more bowl games. To celebrate the occasion, FanDuel has bumped up the odds of both Penn State and Notre Dame winning from +290 to +350.