HomeAnalysisNBA AnalysisWise n' Shine: What you need to know to bet better on Thursday, May 12

Wise n' Shine: What you need to know to bet better on Thursday, May 12

Good morning Pickswise Nation! The NBA Playoffs continue to entertain and we also have MLB, NHL, soccer and golf action to enjoy today. Let’s get straight to making your next bet better!

Bucks pull comeback as Grizzlies slay Warriors
We had drama in both Wednesday’s NBA Playoffs as the Bucks showed the spirit of champions in a thriller against the Celtics, coming back from a 14-point deficit in the 4th quarter to win 110-107 and go 3-2 up in the series. After that, the Grizzlies crushed the Warriors 134-95 as 4-point underdogs to keep their series alive. The Suns and Warriors are now joint favorites for the championship at FanDuel Sportsbook at +220 odds, with the Bucks +400, Heat +550 and Celtics +1000.

Huge night on the ice for Pickswise
It was another great day for Pickswise on the ice as we hit our mega parlay at +999 odds, and also went 2-1 on sides and totals. Marvellous Mark Lammey went 2-0 on his NHL props at +115 and +165, taking his record to 7-1 over the past 4 days. All 3 series that played last night are still undecided, with the Panthers, Penguins and Flames now leading 3-2.

Cardinals cash MLB Best Bet
The best bets are those you don’t have to worry about and our only 3-star play on Wednesday was one of those. Our pick of Cardinals -1.5 against the Orioles cruised home as St. Louis won 10-1! The Pirates upset the Dodgers 5-3 and the Reds beat the Brewers 14-11 in an offense-heavy battle.

Suns and Heat bidding to advance
The Suns and Heat have a chance to end their NBA Playoff series without needing to go to a Game 7 tonight, while the 76ers and Mavericks are trying to keep their seasons alive at home. Read today’s NBA game previews.

Four Game 6s in the NHL
The Blues and Kings have home-ice advantage as they bid to finish their NHL Playoffs series tonight, while the Hurricanes and Maple Leafs will progress if they can win on the road. Get our picks for today’s NHL matchups.

Quieter MLB day
The MLB action calms down a little today but we still have 8+ games today (including the remainder of yesterday’s Astros-Twins game!). Reds vs Pirates is live on ESPN+ at 6:35 pm ET, and viewers would no doubt love a repeat of the teams’ 25-run game yesterday. Read today’s MLB game previews.

There’s golf and soccer too
The PGA Tour field contest the AT&T Byron Nelson Championship today and we also have soccer picks for today’s important EPL game between Arsenal and Tottenham.

The Yankees travel to Chicago to take on the White Sox in a series between two of the top contenders in the American League. The White Sox have had an inconsistent start to the season, but they’ll have Dylan Cease on the mound tonight who has been their most reliable starter and gives them a great chance to beat the Yankees. The Yankees will promote 23-year-old righty Luis Gil to make the start in this game. The White Sox have the much more trustworthy arm on the mound and the benefit of playing at home with a rested bullpen after their game was postponed yesterday, so take the home team to grab the win. Check out our full preview for Yankees vs White Sox.

Enhance your betting knowledge by watching our daily show Let’s Bet It, available at 10:00 am ET on our YouTube channel at https://youtube.com/c/Pickswise.

Lauren Jbara and Mark Zinno are your hosts today, and they’ll be joined by Pete Jensen from NHL Network and the NHL Fantasy on Ice podcast to discuss the NHL playoffs.

We’ll also have NBA Morning Radar and a look at today’s MLB games, plus the team’s Plays of the Day.

Don’t miss former NBA champion Brian Scalabrine’s latest thoughts on the playoffs, the best first-basket bets for today’s games or our same game parlays for Heat vs 76ers and Suns vs Mavericks.

The Suns are 10-4 against the spread in their last 14 head-to-head games with the Mavericks.

London rivals Tottenham and Arsenal are fighting over a top-4 spot in the EPL, and FanDuel Sportsbook has enhanced the odds of Spurs striker Harry Kane scoring in a win for his team today (2:45pm ET, USA Network/Universo) from +240 to +320. 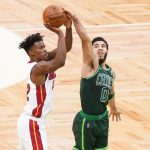 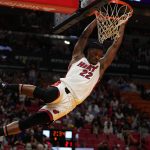 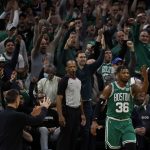