HomeAnalysisNFL NewsWise n' Shine: What you need to know to bet better on Thursday, October 7

Wise n' Shine: What you need to know to bet better on Thursday, October 7 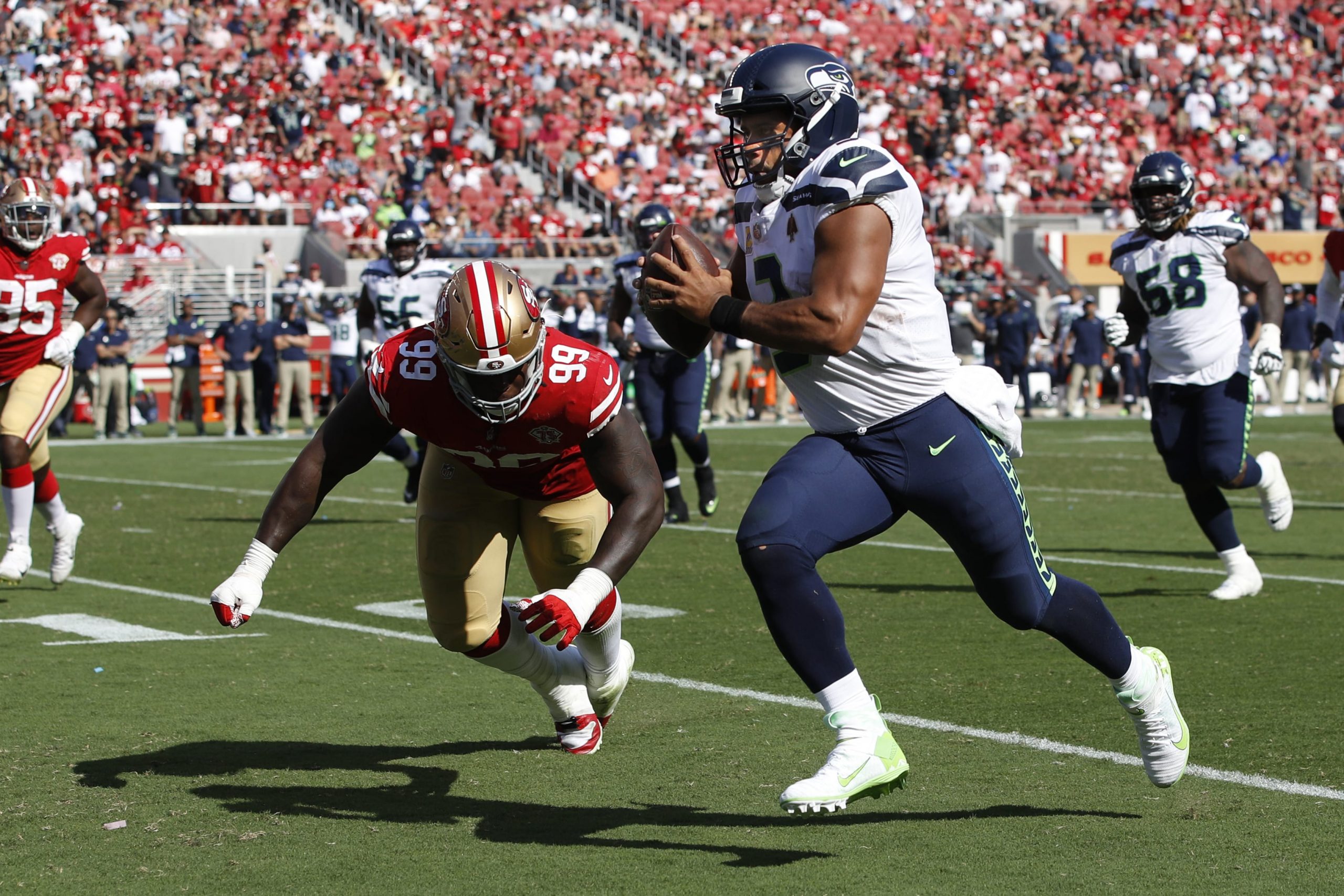 As Thursdays go, this is a pretty good one for sports betting, with an NFL game, two MLB playoff series starting, and a couple of college football games too. Let’s get straight to it!

Dodgers set up clash with Giants
The Los Angeles Dodgers won 106 games in the regular season but still had to play a Wild-Card game. Their quality shone through, though, as a walk-off two-run homer by Chris Taylor took them through to the National League Divisional Series. There, they will face the San Francisco Giants, whose 107 wins denied them the NL West title. The Dodgers are +240 World Series favorites with FanDuel Sportsbook and -146 odds to win the series, which starts tomorrow. The Dodgers’ win took Pickswise’s record in the MLB playoffs to 2-0 on sides (and 1-0-1 on totals) and also cashed our playoffs parlay at +292 (Red Sox ML, LAD-STL under and a push on the Red Sox-Yankees total). The under in St. Louis was our MLB Best Bet too!

Rams and Seahawks battle on TNF
The quality of the last couple of Thursday Night Football matchups has been questioned, but there will be few complaints about tonight’s NFC West showdown between the LA Rams and the Seattle Seahawks being shown. The Rams need a bounce-back effort after a loss to the Cardinals, while the Seahawks need to keep up with the pace after a 2-2 start. Check out our same game parlay for tonight’s NFL game (+1528 odds) here.

College Football
Week 6 of the NCAAF season gets going with two games tonight. Both games kick off at 7:30pm ET with the 5-0 Coastal Carolina Chanticleers visiting the Arkansas State Red Wolves and the 4-1 Houston Cougars tackling the Tulane Green Wave. Read all this week’s college football picks here.

Seattle is far too reliant on its offense to feel comfortable backing them in this spot. They slumped to a 30-17 defeat to the Vikings, and even when Russell Wilson and his receivers were firing, the defense still couldn’t hold up as they lost 33-30 to the Titans in overtime. The Rams have shipped more points than you would expect them to this season but they still boast one of the most talented defenses in football. Read our full preview for tonight’s game.

It’s Thursday, which means one thing in the world of sports betting video content — check out for the latest episode of Pickswise Playbook, our great weekly NFL betting show.

That will be landing at our YouTube channel at: https://youtube.com/c/Pickswise later today, with the team giving their best bets for Thursday Night Football and looking forward to the weekend games.

And don’t forget to watch our awesome daily betting show Let’s Bet It! with regular hosts Jared Smith, Lauren Jbara and Alex Glaze. The team will break down today’s best bets and discuss all the big sports betting topics of the day.

As well as the main preview and same game parlay, you can also read our best player prop bets and touchdown scorer picks for Thursday Night Football. NFl fans won’t want to miss View From The Front Office as Jim Monos explains how teams handle replacing a franchise quarterback and gives his best bets for Week 5.

We also have analysis of the best college football Week 6 underdogs and our best bets for the Stanley Cup as we look ahead to the new NHL season.

Houston’s pitching staff limited the Chicago White Sox to an average of just 3.28 runs per game over their 7 head-to-head matchups in the regular season.

Looking ahead to the weekend’s big heavyweight boxing showdown, DraftKings Sportsbook has given a healthy boost to the odds of the fight going the distance, lifting the odds from +190 to +245.