HomeAnalysisMLB AnalysisWise n' Shine: What you need to know to bet better on Tuesday, June 7

Wise n' Shine: What you need to know to bet better on Tuesday, June 7 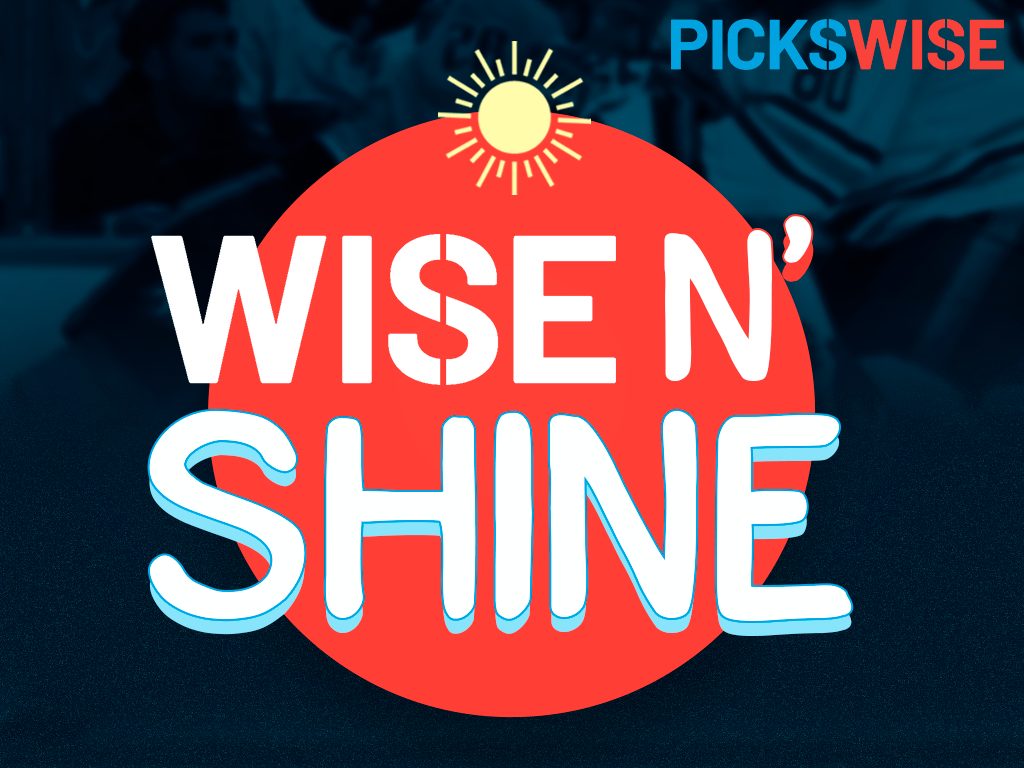 Welcome to another terrific Tuesday of sports. The brooms were out last night as the Colorado Avalanche completed a sweep in their series against the Edmonton Oilers to punch a ticket to the Stanley Cup Finals. The Rangers and Lightning will continue their battle to join them tonight and we also have a big MLB slate, so let’s get straight to making your next bet better!

Avs clinch series in overtime
The Oilers led 3-1 and 4-2 during Game 4 against the Avalanche, but Colorado came through to win 6-5 in overtime and seal a 4-0 series win. FanDuel Sportsbook now has the Avalanche as -210 favorites for the Stanley Cup, with the Lightning and Rangers both at +400.

Low-scoring day in MLB
A small 6-game Monday MLB slate was further reduced when the Rangers vs Guardians game was postponed, and only 7 teams managed to score a run as there were 3 shutouts in the 5 games! The Reds beat the D-Backs 7-0, the Blue Jays beat the Royals 8-0 and the Red Sox beat the Angels 1-0. The Mariners took down the Astros 7-4 and the Mets beat the Padres 11-5 in the other games.

All eyes on the champions
The Tampa Bay Lightning just avoided falling into a 0-3 hole against the Rangers in Game 3, but they need another home win in Game 4, which is on ESPN at 8:00 pm ET tonight. Check out today’s Rangers vs Lightning preview.

16 MLB games today
We have an expanded 16-game MLB slate today as the Rangers and Guardians are playing a doubleheader, with the first game at 3:10 pm ET. Dodgers vs White Sox is on TBS at 8:10 pm ET. Check out today’s MLB game previews.

The Giants are the second-most profitable team for overs this season. The last time they played at home the series had games with 16, 25 and 12 total runs. We need only 8 for an over tonight, which should be no issue. Colorado is just behind San Francisco as the fourth most-profitable team for overs. The Rockies have had the worst bullpen for quite some time, and the Giants haven’t been far behind. They just had a day off, but the relief pitching quality is still not high enough to overcome the bats in this game. Read our full game preview for Rockies vs Giants.

Lauren Jbara and Mark Zinno are your hosts today, and they will be joined by Brian Scalabrine, former NBA champion and Pickswise NBA analyst, to talk NBA playoffs. Pete Jensen from NHL Network and the NHL Fantasy on Ice podcast will also join the team to discuss the NHL playoffs. Lauren and Zinno will be looking at today’s games in the MLB before revealing their Plays of the Day.

We also have an NHL same game parlay for today’s Rangers vs Lightning Game 4 plus today’s best NHL player prop. Tuesday’s MLB mega parlay (+1108 odds) is ready to read, along with Diane Knox Balas’ best bets and insight for the RBC Canadian Open. Ricky Dimon is also looking back at the great tennis played in Paris and ahead to Wimbledon in his French Open review.

The Lightning have won their last 5 home games.