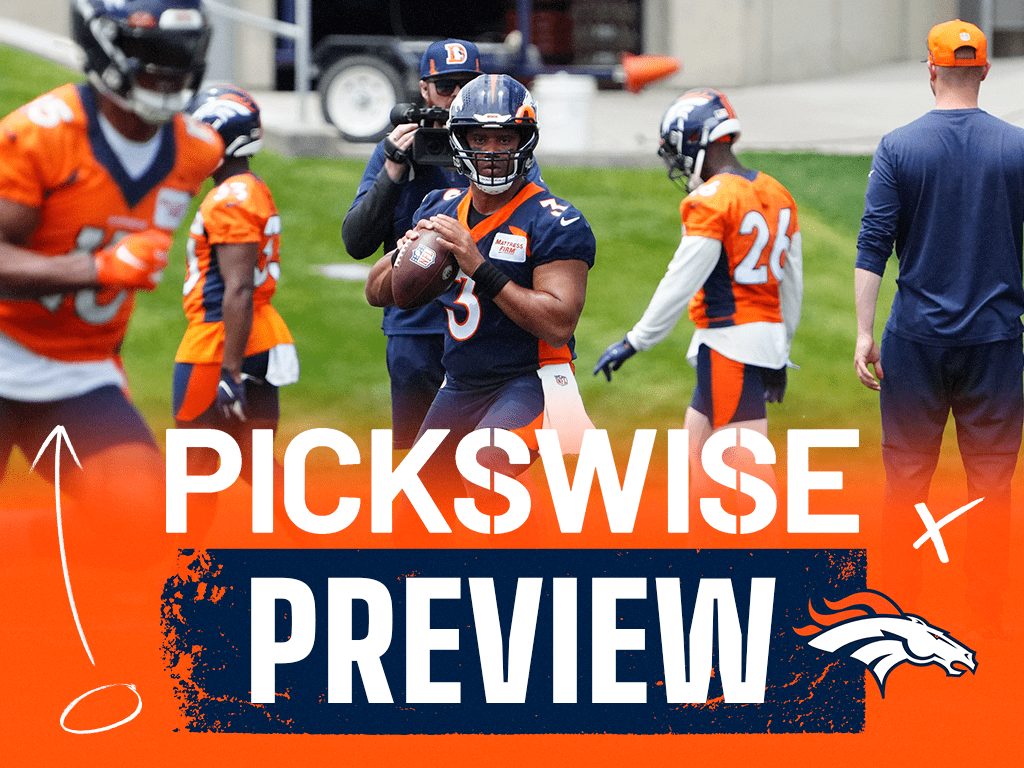 The Denver Broncos have not made the playoffs since they won the Super Bowl at the end of the 2015 season. Not coincidentally, that was the last time they had a reliable quarterback (Peyton Manning). Since Manning retired prior to the 2016 campaign, it has been nothing but early offseasons in Denver. Well, after compiling five straight losing records the Broncos finally went out and got a quarterback. Russell Wilson is in following a blockbuster deal with Seattle Seahawks?

Will Wilson immediately revitalize this franchise and lead it back to the playoffs in 2022? Could Denver even contend in the high-powered AFC West? Let’s take a look at the Broncos’ outlook for the upcoming campaign.

The Broncos are +1600 to win Super Bowl LVII, which has them tied with the San Francisco 49ers as the 7th favorites.

Denver is +850 to capture the AFC title, making it the 4th choice in the conference. The Buffalo Bills are +300 favorites, followed by the Kansas City Chiefs (+600) and Los Angeles Chargers (+750).

In what proved to be their final season with Teddy Bridgewater and Drew Lock under center, the Broncos started 3-0 and on 3 other occasions they won games to emerge above .500 (at 5-4, 6-5 and 7-6). However, they could not overcome a pair of 4-game losing streaks including the last 4 weeks of the year. Denver was mathematically eliminated from playoff contention in Week 17 on the way to a 7-10 record. Melvin Gordon III and Javonte Williams provided a nice one-two punch in the backfield, but the passing game underwhelmed. Denver’s defense was good enough, but it needed to be spectacular in order to make up for offensive deficiencies. Spectacular it was not.

Acquiring Wilson was not the only big move made by Denver during the offseason. There was a change at the top, too, as head coach Vic Fangio got fired after compiling a 19-30 record in 3 seasons. Nathaniel Hackett, who had been the quarterbacks coach for Aaron Rodgers and the Green Bay Packers, is taking over. The good news for Hackett – and for Broncos fans – is that Hackett will be working with Wilson as opposed to Bridgewater or Lock. Wilson’s presence alone makes this a completely different team, but given the difficulty of the AFC West the Broncos will have to be a lot different in order to make significant progress in the win column. Just how much better they can be remains to be seen.

I would avoid betting for or against this team like the plague. There is simply too much potential for both overachievement and underachievement. However, of the options my favorite play is under 10 wins – especially when you can get it at plus money. Although there is plenty of talent on the roster, there may be growing pains with a new head coach and a new starting quarterback. Receiver Tim Patrick was just ruled out for the year with a torn ACL, too. This could be a push, but the under seems more likely than the over even though the odds suggest otherwise.

I’m looking at 10-7 or 9-8 for the Broncos. For the sake of the above bet, let’s side with the lower end of that ledger. If Denver goes 9-8, it will be right on the brink of a long-awaited return trip to the playoffs.