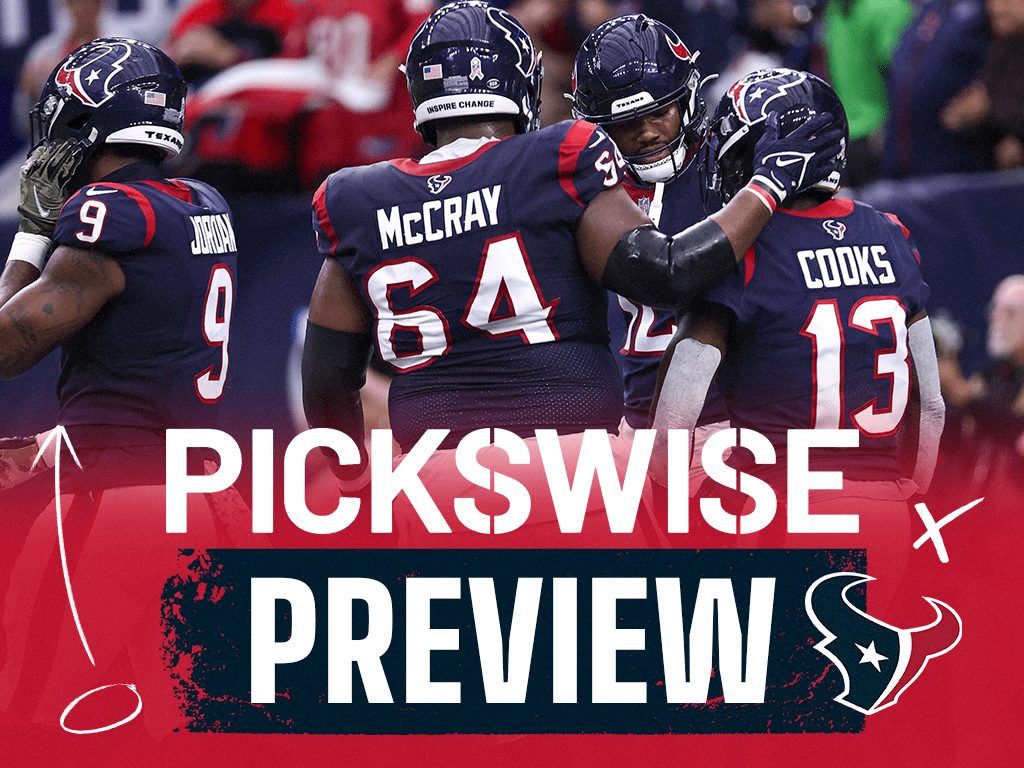 Since graduating from Davidson (The College That Stephen Curry Built), I have been writing about sports--just about any and all you can think of!--and coaching tennis in Atlanta, Ga. Beyond the four major sports, I am an avid tennis fan and cover the ATP Tour on a daily basis. If I'm not busy writing, you can generally find me on a tennis court or traveling the world wherever a sporting event takes me.
@Dimonator133
Updated: 6:53 AM ET September 02, 2022

The Houston Texans have been the laughing stock of the NFL over the past two seasons. In addition to a combined 8-25 record during this stretch, they dealt with the Deshaun Watson fiasco and are also on their fourth head coach – including an interim – dating back to 2019.

When are the Texans going to turn things around? They certainly aren’t expected to do so in 2022 even though there has been a fair amount of changes in terms of both player personnel and the coaching staff. Will Houston defy the odds and make considerable improvements following their 4-13 record in 2021? Let’s break down the team as this NFL season approaches.

The Texans are +25000 to win Super Bowl LVII, which has them in dead last in the entire NFL. The Atlanta Falcons have the next-longest odds at +20000.

Houston is +13000 to triumph in the AFC – also the longest shot in the conference. No other team is anywhere close to that number; the New York Jets are second to last at +7500.

At +3000, the Texans are the longshots in the AFC South. The Indianapolis Colts are -135 favorites, while the Tennessee Titans are +170 and the Jacksonville Jaguars are +800.

Even with one extra game – as the NFL expanded its schedule from 17 weeks to 18 – the Texans were still unable to improve on their 4-win mark from 2020. They capitalized on a season opener against Jacksonville to start 1-0, but that was promptly followed by an 8-game losing streak heading into their bye week. For all intents and purposes the season was over at that point, but Houston didn’t tank for the No. 1 overall pick in the NFL Draft and picked up 3 wins down the stretch – over the Jaguars again and somehow at the expense of the Titans and Chargers. Texans QBs threw almost as many interceptions (15) as TD passes (21) and the team scored a grand total of 8 rushing touchdowns. Their defense wasn’t any good, either, finishing second-to-last in yards allowed and 6th-to-last in the scoring department.

The Texans’ offseason was largely considered a success based on their draft and free-agent acquisitions – albeit mostly minor in stature. But this franchise would have had to make major moves in order in inspire confidence on the heels of disastrous years in 2020 and 2021. Davis Mills is not a long-term answer at quarterback, nor does he have particular impressive weapons around him for help. The defense has undergone plenty of changes – which is a good thing – but can Derek Stingley make the kind of immediate impact necessary for the whole unit to make a quantum leap? Probably not. With the Watson saga over and a head coach in Lovie Smith who will presumably last longer than one season, the Texans could be going in a better direction… but that isn’t saying a lot.

In the first 7 weeks of the year, the Texans’ only home games are against the Colts and Chargers. To say that isn’t good news would be a gross understatement. They also have the Cowboys, Chiefs and Colts (again) down the stretch. Stingley and a couple of other acquisitions may make the defense a bit better (how could it be worse?), but the offense figures to be one of the most hapless in football yet again. Houston has stayed under this number in each of the past 2 years and it will likely remain under it at least once more – perhaps even with some room to spare.

There is no reason to think the Texans are going to be an improved football team in 2022. Although the Titans may be worse they should still be good for a series sweep, and the Jaguars will likely be better so two of the easier games on Houston’s schedule will suddenly get tougher. As such, 3-14 is the prediction.