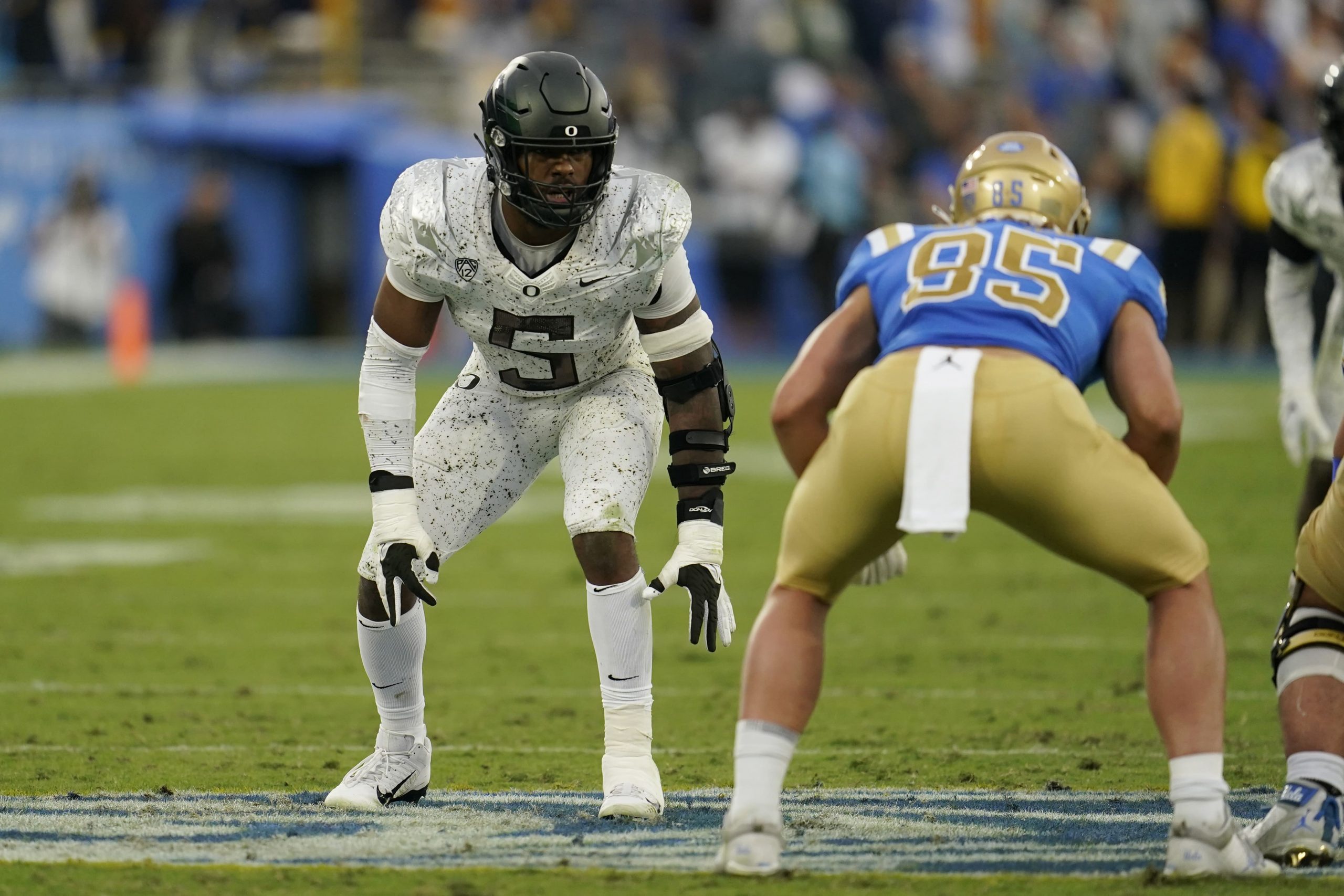 The picking order for the 2022 NFL Draft was announced following the conclusion of the 2021 regular season this past Sunday. Team placement of picks 1-18 is set in stone (barring trades, of course), while 19-32 can be reshuffled a bit based on upcoming playoff results. For example, the Super Bowl runner-up and winner make picks No. 31 and No. 32, respectively, regardless of regular-season records.

It’s time to take look at the list and also discuss some of the upcoming draft’s hottest prospects. But first, don’t forget to check out our free picks on the side and total for every playoff game.

For the second year in a row, the Jaguars are proud owners of the No. 1 pick in the NFL Draft. As you can see from the above list, however, Day 1 of the proceedings is going to be dominated by the New York teams and the NFC East. The Giants and Jets own four of the top 10 picks, with each team snagging an extra selection via trade. But the Giants will be in a rookie arms race with the rival Eagles, who have three first-round picks (two in the top 16 via trades plus their own likely at No. 20).

Hutchinson, Thibodeaux favorites to go No. 1

The Jaguars need a ton of help in the trenches on both sides of ball. Well, congratulations! They will have all kinds of options with the first pick. The top two favorites to go No. 1 are both defensive ends – Aidan Hutchinson of Michigan and Kayvon Thibodeaux of Oregon (both are currently priced at +105 by DraftKings). Alabama offensive lineman Evan Neal (+275) is also one of the top prospects.

As always, there are no shortage of quarterbacks who could go in the top 10. Among the big names are Kenny Pickett of Pittsburgh, Sam Howell of North Carolina, Malik Willis of Liberty, and Matt Corral of Ole Miss. NFL teams near the top of the board that are in the market for QBs are the Detroit Lions, Houston Texans, Carolina Panthers, Atlanta Falcons, Denver Broncos, and Washington Football Team.

The Giants are Jets are among those who could snatch up some secondary reinforcements. Kyle Hamilton of Notre Dame is the top safety available, while Derek Stingley Jr. (LSU), Andrew Booth Jr. (Clemson), and Ahmad Gardner (Cincinnati) are some of the prized cornerbacks in this class.

Want more NFL Draft content? My colleague Andrew Ortenberg recently broke down 5 prospects you should keep an eye on in the coming months…