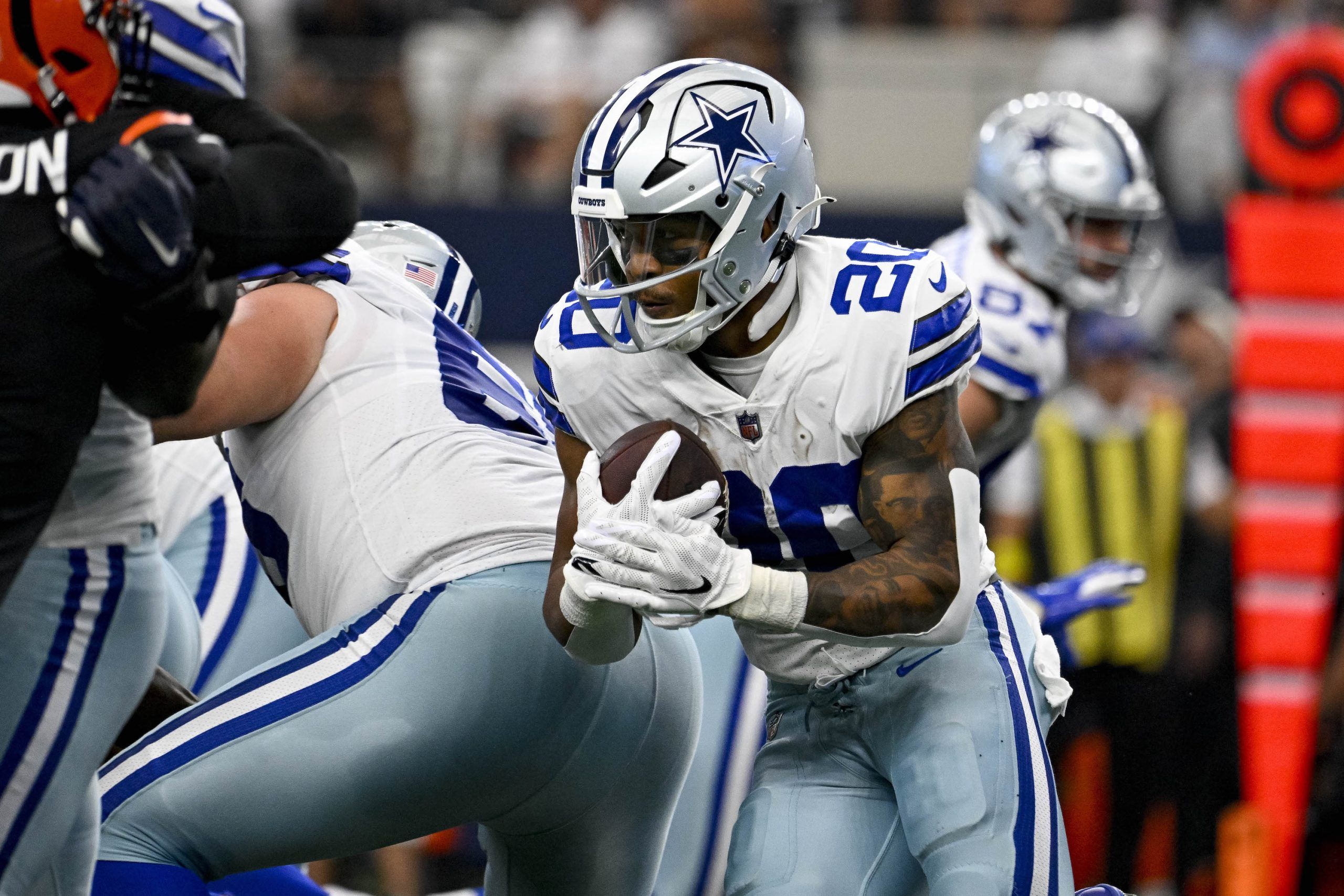 Deputy Editor for Pickswise. Lover of all US sports and Southampton FC.
Updated: 6:32 AM ET November 24, 2022

We have a fascinating showdown between NFC playoff-caliber teams in store on Thanksgiving this week, with the New York Giants and Dallas Cowboys. With kickoff set for 4:30 pm ET on FOX, it’s time to take a look at the best touchdown scorer bets to be made for this Thanksgiving matchup. Don’t forget you can also check out all our Week 12 NFL player prop picks.

This play focuses on a red-hot Dallas running game, against a Giants defense that should struggle to stop it. Tony Pollard leads the NFL in rush yards over expected and this Giants defense is grading out as a bottom-10 unit against the run. Pollard has 8 total touchdowns on the season, including 5 touchdowns over the last 3 weeks. He should be expected to receive a number of carries early and often in what is a pivotal game for this Cowboys team.

Dallas is still in contention with Philadelphia for the top seed in the NFC, and has every incentive to take care of business at home. Look for a healthy dose of red zone touches from Dallas’ new lead running back in what should be a strong offensive showing from the Cowboys.

This Giants team has had a difficult time defending opposing tight ends this season, and I don’t expect that to change on Thursday. While Dalton Schultz hasn’t generated the level of touchdowns that he did a season ago, he’s still garnering attention from his quarterback when Dak Prescott starts under center. In fact, since Prescott’s return to the starting role, Schultz has 20 receptions over the last 4 games, including a touchdown.

Furthermore, his targets have increased dramatically compared to what they were with Cooper Rush. Schultz has averaged over 4 receptions per game since Prescott returned from injury on October 23, and he should see success against a banged-up Giants defense. Look for Schultz to be a matchup nightmare throughout, so I like his price to find the end zone at +230.

In the age of the mobile quarterback, QBs such as Josh Allen, Patrick Mahomes, Lamar Jackson and Kyler Murray are often seen rushing in for a touchdown on any given Sunday. And don’t forget the occasional Philly Special, either. QBs can sometimes catch passes for TDs, too.