Can any AFC team beat the Kansas City Chiefs in the NFL playoffs? 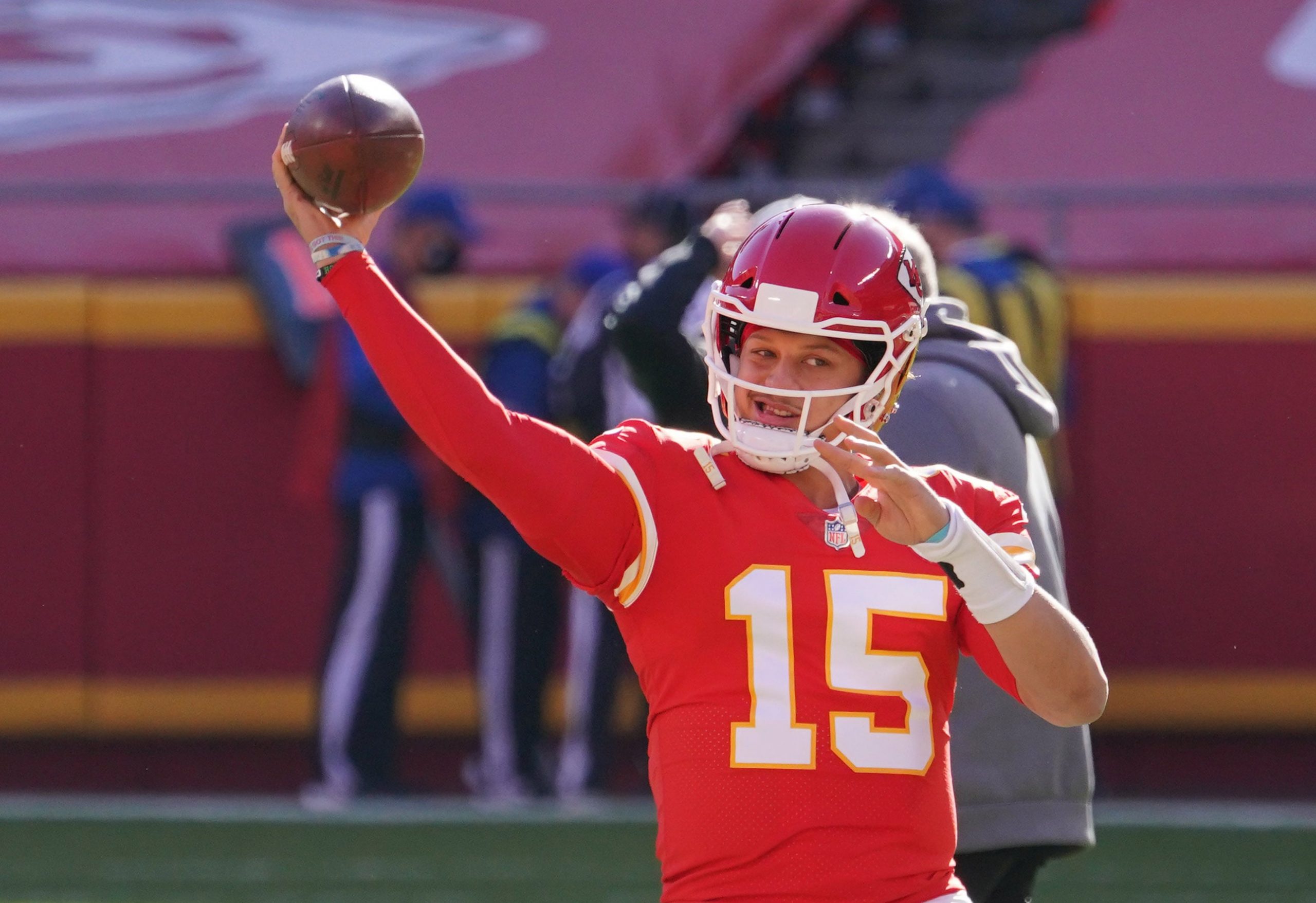 Suffolk-based Ravens fan who writes primarily about horse racing, but has a burning desire to talk, write about and most importantly analyse all things NFL and NFL Fantasy! Usually thinking about draft strategy, and lover of all sports.
@Dbaxterpost

Having finished the season 14-2, the Kansas City Chiefs appear the team to beat as the playoffs begin, but can they be stopped in their quest for back-to-back Super Bowls?

Not since the New England Patriots in 2004 and 2005 has the Super Bowl champion successfully defended their crown, but the Chiefs do appear well placed to retain their title. Having locked up the No. 1 seed, Andy Reid’s squad has the added luxury of a week off before beginning their quest for a third Super Bowl.

How could the Chiefs be beaten?

The only regular-season defeat the Chiefs starters suffered was in Week 5 to the Las Vegas Raiders, going down 40-32 in a shootout at Arrowhead Stadium. Interestingly, the Raiders also played them close in the return, with K.C. prevailing 35-31.

On both occasions, the Raiders employed offense as the best form of defense, attempting to match the Chiefs’ scoring power. Direct comparisons between the games are tricky, but the Raiders took the approach of trying to keep up, rather than smothering the Chiefs and their many weapons.

In an increasingly pass-friendly league, playoff opponents may look to go toe-to-toe with Mahomes and company, but this is an approach that feels difficult to successfully complete.

The nagging sensation is the Chiefs have only been doing just enough, with plenty more in the tank. Take the Week 15 win over the Saints, for example. A final score of 32-29 suggests a tight match, and while the Saints’ defense did stifle Mahomes to a degree, the Chiefs still racked up over 400 yards of total offense with the Saints under 300.

Don’t get hung up on the Week 17 loss to the Los Angeles Chargers, as the Chiefs rested their starters, with veteran Chad Henne under center.

What would the spread be? 👀 pic.twitter.com/EJDoNhqRSS

Who is best placed to beat them?

If the Chiefs are to be stopped, then the two teams who look best equipped to do so are the Baltimore Ravens and the Pittsburgh Steelers. The Ravens were despatched handily (34-20) in Week 3, but since then have regrouped and returned as a team that hogs possession and runs teams into the dirt.

The Chiefs rank as a bottom-half defense in terms of yards given up against the run, though the 14 touchdowns conceded places them in the middle of the pack. A middling run defense might not be enough against the Ravens. However, Mahomes does not need a lot of time to put points on the board.

For the Steelers, the key will be returning to their early season form when their defense was demolishing the opposition. A week off for Ben Roethlisberger in Week 17 could help as Pittsburgh had to use their bye up early on, but it will need to be a slugfest should the two meet as the suspicion is the Steelers offense is not as dynamic.

The Chiefs match up favorably with most teams simply because of the offensive strength which is maximized by Andy Reid’s playcalling. Mahomes rarely gives away the ball, with only six interceptions through 15 starts this season.

Through Weeks 9-16, the Chiefs’ biggest winning margin was six points, but as previously mentioned, the suggestion is they have more gears to call on in January, and odds of +225 to win the Super Bowl with DraftKings seem fair, if unappealing. They are also -115 to win the AFC, which seems too low considering the competitiveness of the conference.

Here are the odds for each team to win the AFC Championship, courtesy of DraftKings: