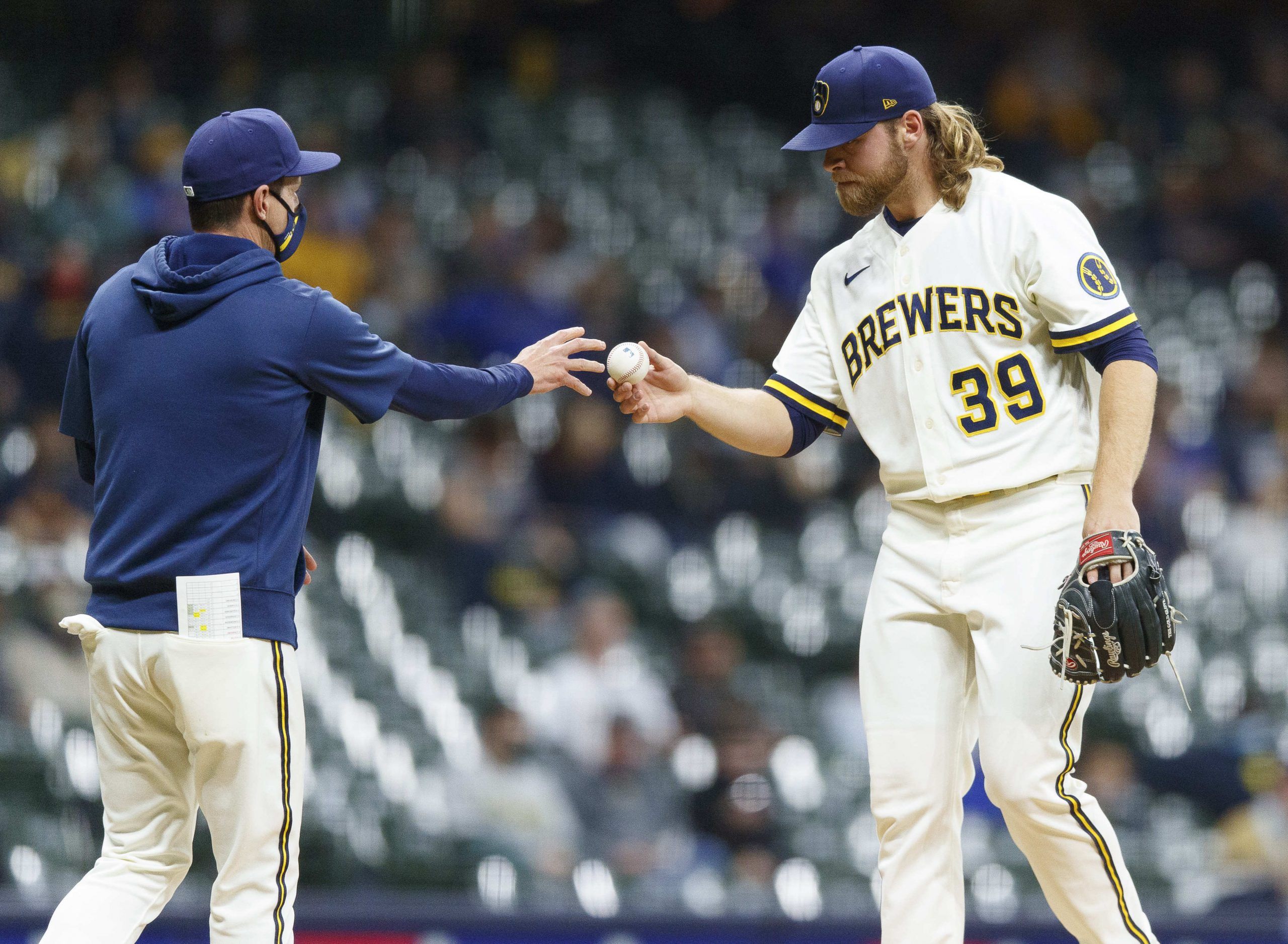 Matthew has been with Pickswise for a while now, covering a wide variety of sports. His main passions are college football and UFC, and those are the sports he has covered the most. Matthew uses a variety of methods to handicap games, including stats, trends, injuries, and situational factors. His goal is to consistently give out winners and will put in the research to try and achieve this.
@Sixfigurematt
Updated: 3:03 AM ET September 06, 2021

We have put together a 4-pick cross-sport parlay that will take you right through Sunday night including action from the MLB, WNBA and College Football.

Two picks are taken from MLB with 1 each from the WNBA and College Football. A winning ticket gives us a nice payout with odds at +999 with DraftKings; that’s more than 9/1! Let’s break down each of these plays.

For Milwaukee, Corbin Burnes (9-4, 2.27 ERA) is aiming for his ninth consecutive victory in 9 starts since returning from the all-star break. The Brewers have outscored opponents 47-16 over that span. In the month of August, Burnes went 3-0 with a 1.64 ERA in 5 starts as the Crew outscored their opponents 23-6. The 26-year old all-star has allowed just 1 earned run in 17 innings pitched against St. Louis. The Brewers have won 5 of their last 7 games overall and at home. Milwaukee covers the run line in 57 percent of their games, which is the third highest percentage in the league. Take the Brewers to cover the run line in the series finale today.

Through 27 turns in the rotation in 2021, Dylan Cease possesses a 3.82 ERA, 3.59 xERA, and a 3.53 FIP. Bettors should have faith in him to deliver another strong outing this afternoon against a Kansas City lineup that ranks 20th in OPS and 26th in ISO over the last two weeks.

Chicago has the better starting pitcher in this matchup. They also have the stronger offensive attack–ranking third in OPS and 14th in ISO over the last 14 days. If this game is close into the late innings, both relief corps have a top-10 bullpen FIP over the last 30 days. Still, the White Sox have no bullpen usage issues and are a strong play in this one.

Both teams have been plagued by player injuries and absences throughout the season. The only consistent players for each team have been Courtney Williams for Atlanta and Arike Ogunowale for Dallas. However, it has been shown that at any given time other players can step up and contribute. Dream +6.5 hit on Thursday night, so let’s give it a go again!

Be sure to check out our best bets for the WNBA slate on Sunday.

Both teams enter this matchup with offensive uncertainties to begin their 2021 campaigns. For the Fighting Irish, replacing QB Ian Book will be no easy task as Wisconsin transfer Jack Coan will start under center and will be without two of ND’s best receivers from 2020. Luckily for Coan, ND’s offensive system does not rely on explosive plays, but on long drives that tire out opposing defenses.

The Seminoles will also have a new face at QB, however; at the time of writing, the coaching staff has McKenzie Milton and Jordan Travis listed as co-starters. Milton has not played since suffering a gruesome leg injury in 2018 and last year Travis completed only 55% of his throws and ran for 7 TDs while throwing only 6 TDs.

With a grinding ND run game and an inconsistent FSU offense, expect the Irish to dominate time of possession and have plenty of chances to cover the spread.

Be sure to check out our full game preview for this matchup. You can also read the rest of our College Football picks.