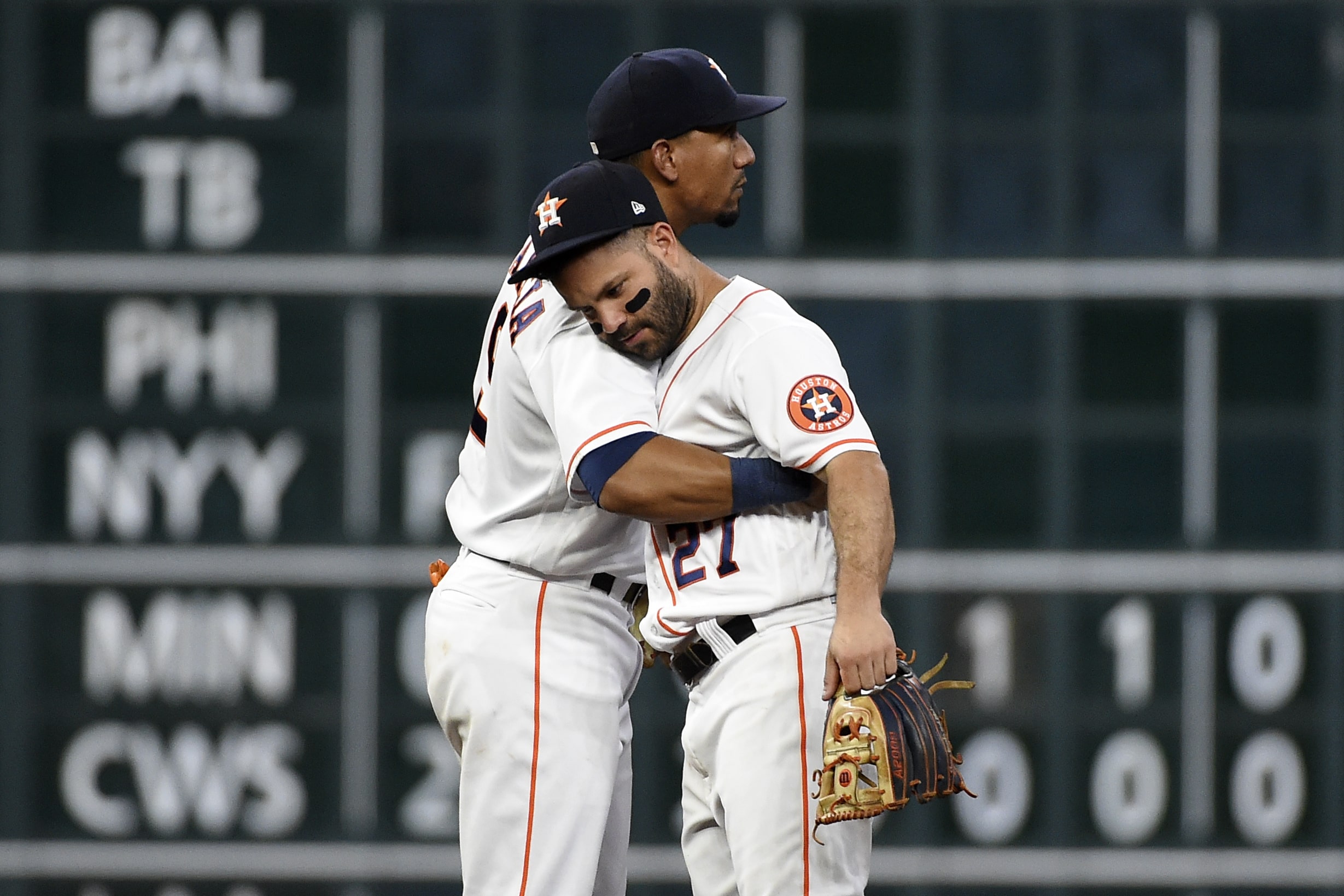 Moving into the AL West, let’s analyze the Houston Astros.

The Astros were 2 wins away from a World Series title in 2021. Their offense thrived during the regular season as Houston finished 1st in batting average and on-base percentage and were never in any real danger to lose their lead in the AL West after the first month.

With all things considered, it was a very successful season for the Astros. They no longer had Justin Verlander in the rotation, Zack Greinke can’t touch 90 MPH anymore, and they lost their lead-off hitter George Springer to the up-and-coming Blue Jays. Yordan Alvarez solidified himself as one of the most dangerous hitters in baseball with his 15.9% barrel rate (91st percentile) and 54.2% hard hit rate (97th percentile), but the best part is Alvarez is only 24 years old.

Carlos Correa is gone. The star shortstop has made it very clear that he does not intend to re-sign with Houston and will chase the money this offseason. In fact, the 27-year-old turned down a 10-year, $275 million contract from the Detroit Tigers prior to the lockout starting.

Correa is looking for a contract north of $30 million per year which is a steep ask, but only certain teams can afford it. I predicted Correa to the Cubs back in November and a viral tweet on Tuesday (2/22) pictured Correa doing drills with a brand-new blue glove, so he might be getting close to a decision.

Prior to the lockout starting, the Astros lost three primary arms in their bullpen. That leaves Ryne Stanek and Phil Maton as the main set-up pitchers for Ryan Pressly who had an excellent 2021 season with a 2.25 ERA. Their long reliever Christian Javier was excellent in the postseason with a 3.38 ERA in 10.2 innings and held opponents to a .179 batting average, so I wouldn’t be surprised to see Javier moved into the 4th or 5th spot in the starting rotation in 2022.

Verlander is back and is ready to resume his role of ace at 39-years-old. The two-time Cy Young winner signed a 2-year, $50 million contract with the Astros after missing almost all of the 2020 season and the entire 2021 season recovering from Tommy John surgery. Verlander may show some rust in his first few starts, but expect the veteran to settle in quickly and return to his all-star caliber form quickly.

The Astros will still have Jose Altuve, Michael Brantley, and Alex Bregman in the prime of their careers, so the top of the Houston order will be very similar to what it was in 2021. Kyle Tucker will try to build off his breakout 2021 campaign in which he hit .294 with a .916 OPS, so he could play the role of the x-factor for the Astros this season.