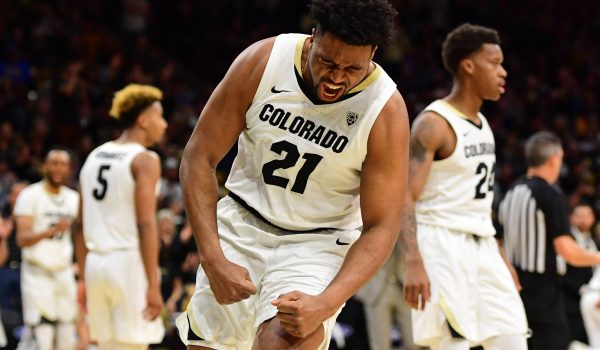 With the First Four underway and less than 24 hours away from the real madness, let’s take our third daily in-depth look at the Big Dance. In addition to helping you fill out your bracket before the festivities begin, we also want to help you make the best possible bets each day during the tournament.

Check out our daily in depth line movement analysis, but here is a quick summary:

Another Friday game getting plenty of attention is Villanova vs. Winthrop. The Wildcats are without point guard Collin Gillespie, which is a big reason why the Eagles are inspiring 70 percent of the money and 76 percent of the wagers against the spread (+6). Bettors also love the over. A total of 94 percent of the handle despite a more modest 71 percent of the bets are hammering Over 143.

Villanova vs. Winthrop preview and picks

Those numbers earned Wright ACC Player of the Year honors. He helped lead the Yellow Jackets to an improbable ACC Tournament title, but the star big man won’t be around for their first game in the Big Dance. Reportedly due to a positive Covid-19 test, Wright will miss Friday’s contest against Loyola Chicago and he would also be sidelined from a potential second-round date with either Illinois or Drexel.

What a great year so far for GT 👏 pic.twitter.com/0TtWA4IhBh

“I’m glad we don’t play until Saturday. It gives us some time to kind of recoup, and there’s some grieving that’s going on with this team regarding the loss (to Oregon State in the Pac-12 Tournament Final) and not winning a championship—which is what we were all set on doing. But we’ll get over that. We’ll give ourselves a day or two and start getting ready for Georgetown.”
— Colorado head coach Tad Boyle

“The task is still the same; there’s nothing different. The only difference is we’re in the NCAA tournament…. Why can we make a run? We believe in ourselves. We have worked hard to get to this point in the season. Anything is possible.”
— Georgetown head coach Patrick Ewing

Saturday’s Colorado vs. Georgetown showdown features two teams that advanced to their respective conference tournament finals. As Boyle referenced, the Buffaloes were upset by Oregon State in the Pac-12. Ewing’s Hoyas rolled to an improbable Big East title.

Colorado vs. Georgetown preview and picks

College Basketball 7 days ago
March Madness by the numbers: The under dominates the tournament