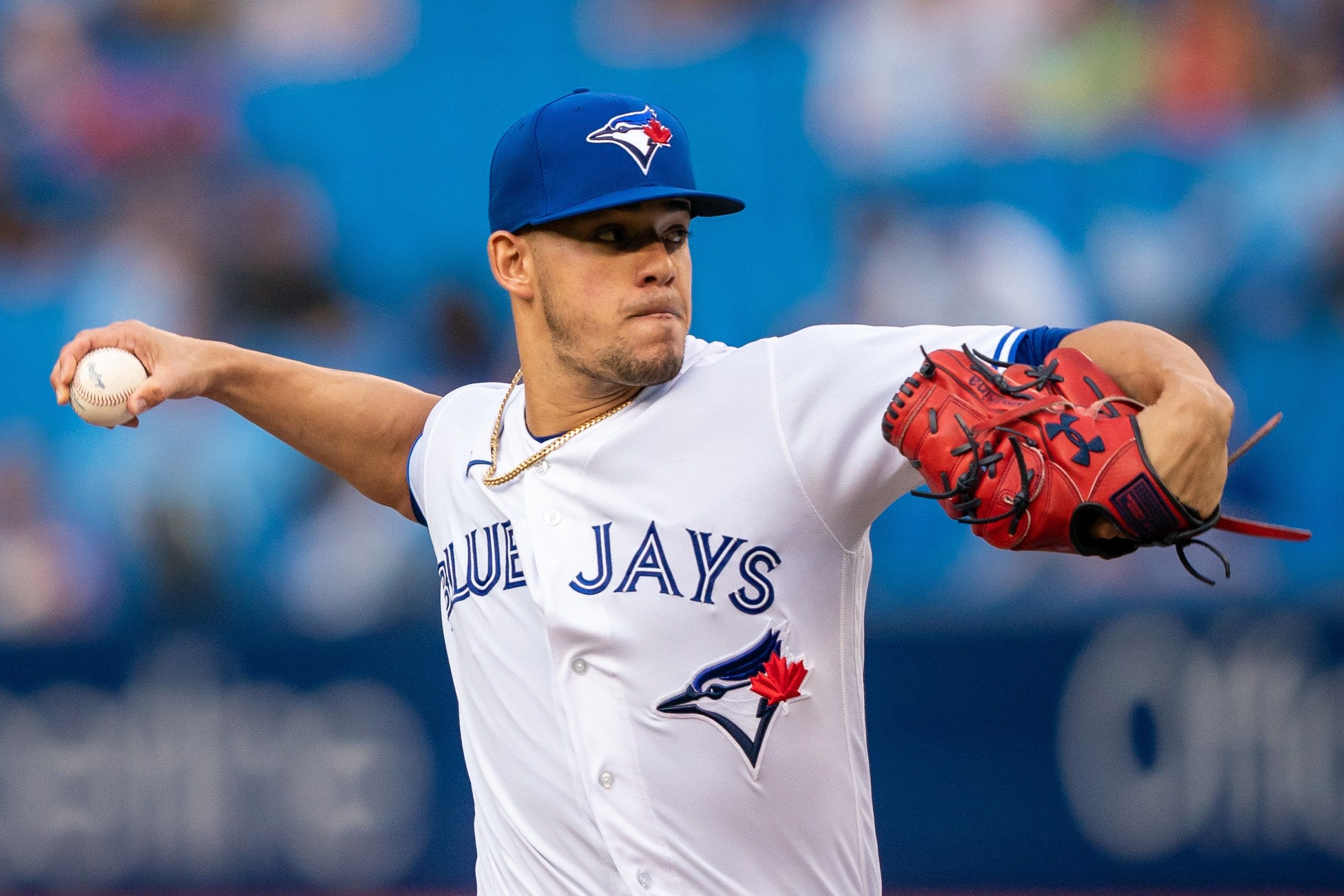 Since graduating from Davidson (The College That Stephen Curry Built), I have been writing about sports--just about any and all you can think of!--and coaching tennis in Atlanta, Ga. Beyond the four major sports, I am an avid tennis fan and cover the ATP Tour on a daily basis. If I'm not busy writing, you can generally find me on a tennis court or traveling the world wherever a sporting event takes me.
@Dimonator133
Updated: 11:06 AM ET August 24, 2021

We have a full 15-game slate to continue the week in Major League Baseball on Tuesday. It includes one businessman’s special (an afternoon affair between the Seattle Mariners and Oakland Athletics) and an evening schedule highlighted by an ESPN showdown featuring the Los Angeles Dodgers and San Diego Padres. Also taking the field are the Chicago White Sox and Toronto Blue Jays. Let’s take a look at the best same game parlay option for White Sox vs Blue Jays, and also be sure to check out our full game preview for picks on the side and total.

Part of the value in same game parlays, of course, is that all of its components can be correlated if you so choose. That is some of the plan here, as Jose Berrios mowing down batters left and right would obviously work well with a Toronto win. At the same time, plays that aren’t correlated drive up the overall payout of the parlay. That is the case with also tipping Dylan Cease to record more than a fair share of Ks. But even if Cease does that, there is no reason why the Blue Jays can’t take care of business. Let’s break down each of the 3 legs one by one.

This will be Berrios’ first start against the White Sox in a Blue Jays uniform and he should be pitching with some confidence. Having spent more than 5 seasons in the AL Central with the Twins, Berrios is very familiar with the Sox.  In 20 career starts against Chicago, he is 12-4 with a 2.91 ERA in 126.2 innings. Additionally, Berrios has pitched well in his new ballpark. In two starts at Rogers Centre since being acquired by the Jays, he has allowed just a single earned run in 12.0 innings of work. The White Sox enter this game on a 3-game losing streak and they scored just 5 total runs in those 3 setbacks.

Make sure you also check out our same game parlay for Mariners vs Athletics (+904 odds!)

We are all over the under in this game, and in turn let’s also get behind both pitchers in this same game parlay. Monday’s game featured only 3 runs in total and more of the same could be in store with Berrios and Cease on the mound. The White Sox have managed to score only 5 runs in their last 3 games combined. Berrios has reached the 8-strikeout mark in 3 of his last 8 appearances, so this is a number that certainly isn’t out of the question. Chicago has struck out 10 times as a team in each of the last 2 games and two players have whiffed at least 121 times in 2021 (Yoan Moncada and Jose Abreu). Everything points to big performance by Berrios on Tuesday.

The Blue Jays’ offense is not much better at the moment. They have crossed the plate just 9 times in their past 4 contests. Toronto has not yet faced Cease this season, which is generally an advantage for the pitcher. It’s safe to say Cease is a strikeout pitcher; he has recorded 170 Ks in 130.2 innings of work during the 2021 campaign. He has reached double figures in this department in 2 of his last 4 outings. Although the Blue Jays do not strike out a ton, they do have 3 guys who have fanned at least 107 times this year.