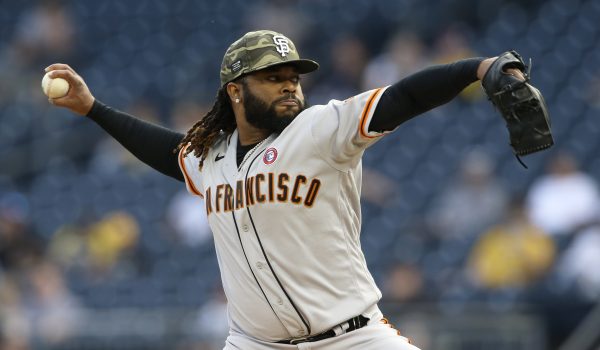 This weekend in Major League Baseball concludes with a full 15-game slate on Sunday. The action gets started with a couple of powerhouses in the form of the New York Yankees (vs. Philadelphia) and San Francisco Giants (vs. Washington) before the Sunday Night Baseball game of the week on ESPN between the St. Louis Cardinals and Chicago Cubs. In between there are plenty of intriguing matchups, as well. Here is our millionaire parlay for today’s schedule.

Let’s give a quick breakdown for each of the 15 legs one by one.

The Giants are still out in front in the high-powered NL West. Johnny Cueto has the tools to keep their fine form going.

This figures to be a slugfest, as the Braves boast a great lineup but are sending Drew Smyly to the mound. Atlanta should be able to beat Miami in that kind of contest.

Baltimore’s Bruce Zimmerman is saddled with a 5.79 ERA on the road in 2021. The Orioles are 0-5 against the Rays this season and there is every reason to think the same will continue.

The Rockies are the worst road team in the National League at 5-26. Joey Votto has homered in two straight games for Cincinnati, so Colorado’s woes should continue.

The struggling Padres has to face Jacob deGrom and Marcus Stroman in the first two games in this series. Now they run into Joey Lucchesi (1.49 ERA in his last three starts).

Shane Bieber may not be as on fire as he was last year, but he is generally a good pitcher to tail. And he has a favorable matchup with Logan Gilbert of the Mariners.

Robbie Ray has cut down on his walks in a major way this season, making him tough to beat. And the Red Sox, with Martin Perez on the mound, probably won’t beat him.

Minnesota took Saturday’s contest, but this team remains a massive disappointment. Framber Valdez of the Astros will likely put the Twins in their place.

Unsurprisingly, the Brewers took the first two installments of this three-game set. A sweep is surely in the cards with Adrian Houser facing Wil Crowe.

Oakland has taken a two-game lead in the AL West, in part to winning two straight against Kansas City. Chris Bassitt (6-2, 3.44 ERA) should make it three in a row.

The Angels have reached .500 with five wins in a row. They probably won’t be slowed down by the worst team—by far—in Major League Baseball.

The last two days of baseball between these two teams have been a bit ridiculous. The Dodgers won 12-1 and then the Rangers won 12-1. Expect the tide to turn back in L.A.’s favor.

There really isn’t anything to love about this game on either side, but the Cardinals are playing at home and will be inspired to avoid a sweep at the hands of their biggest rival.