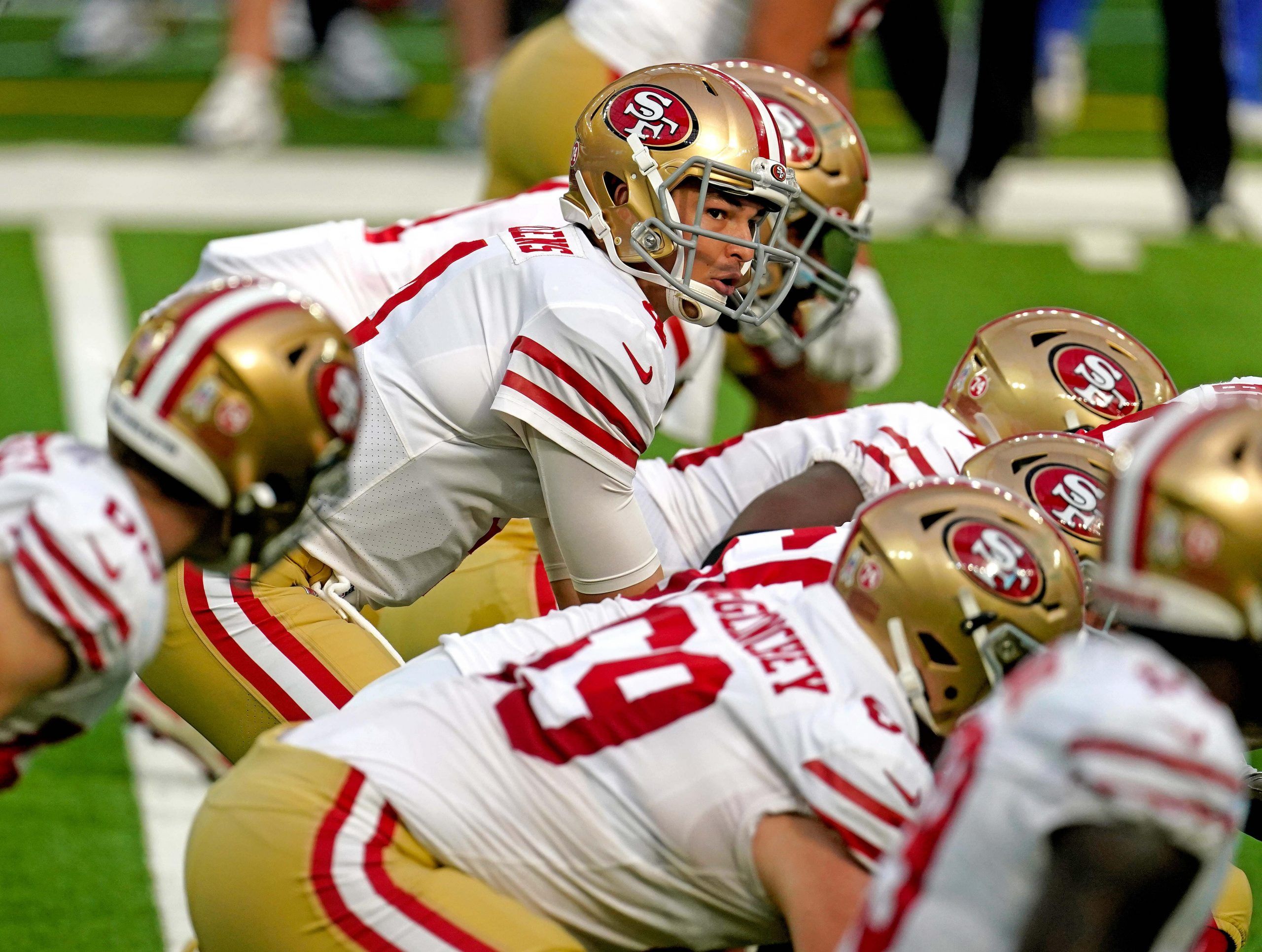 It will be a rare meeting between the Buffalo Bills and San Francisco 49ers when the Bills travel across the country (well, not the entire way) for this Monday Night Football showdown. It’s actually not taking place in San Francisco, because the 49ers are playing the rest of their “home” games at the Cardinals’ stadium in Glendale, Ariz. due to strict coronavirus protocols in California. That only adds to the bizarre nature of this 2020 NFL season—and to Week 13, itself. Monday Night Football actually isn’t the final game of the week; nor is it the only game on Monday. Buffalo-San Francisco will be preceded by Steelers vs. Football Team and it will be followed by Ravens vs. Cowboys on Tuesday.

Still, this is a stand-alone game in the primetime slot on Monday and therefore it deserves careful evaluation in daily fantasy. Here’s our six-man lineup.

Samuel was out for more than a month because of a hamstring injury. No matter. He got right back in gear during San Francisco’s Week 12 upset of the Rams, catching 11 of his 13 targets for 133 yards. It doesn’t appear to matter which quarterback is throwing the football to Samuel. Nick Mullens hit the former South Carolina standout with pass after pass last weekend and Mullens will be back under center with Jimmy Garoppolo sidelined. This Buffalo defense has been struggling so the Mullens-Samuel connection should be line for another big day. 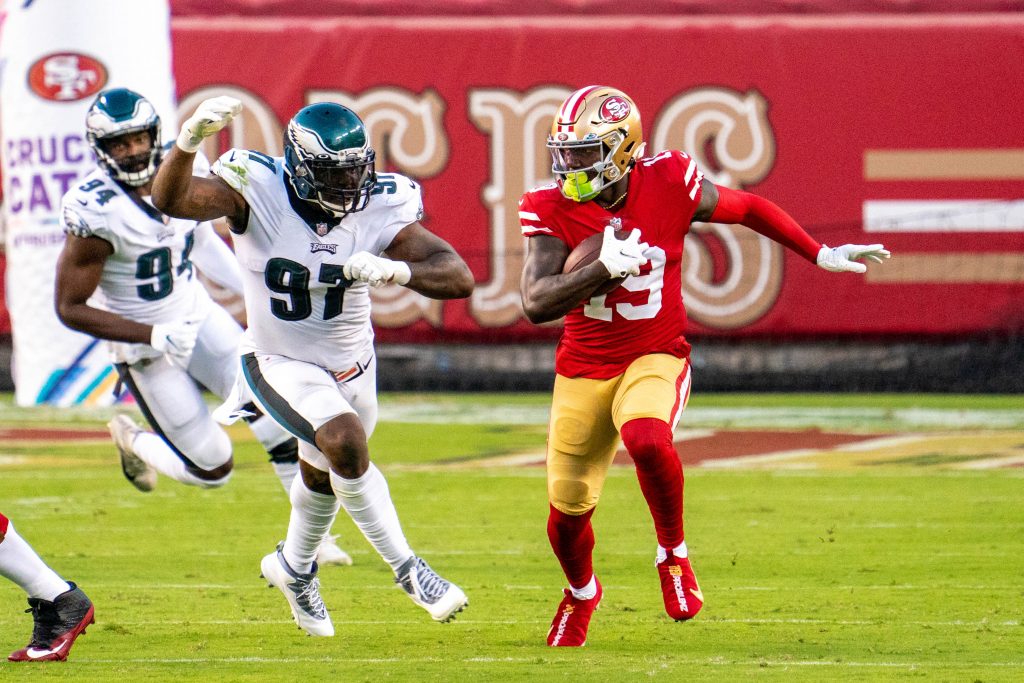 As the above comments suggest, we are also rolling with Mullens. The third-year quarterback out of South Carolina already has six starts under his belt in 2020, so he should be getting more and more comfortable in the 49ers’ offense. Interceptions have been a problem, but Buffalo’s defense has come up with only eight picks so far this season. The Bills are ripe for the picking and Mullens is capable of capitalizing.

Buffalo is even worse against the run than it is against the pass. This team is 25th in the NFL in rushing defense (129.6 yards per game allowed) and 27th in yards per rush attempt allowed (4.7). Even more alarming is that the Bills have surrendered 16 touchdowns on the ground, which was tied for third-most in the league going into Week 13. Like Samuel, Mostert returned for a month-long absence last week and he promptly found the endzone. He should be able to do the same against the Bills.

We are staying on the 49ers’ bandwagon for this high-risk, high-reward pick. It’s only risky because Samuel is back and now Aiyuk is WR2 instead of WR1. When he was Mullens’ main weapon, the rookie out of Arizona State went on a three-game streak in which he combined for 21 receptions, 281 yards, and two touchdowns. Overall, he has scored three times in his last four appearances. Against Buffalo, there could be room for both Samuel and Aiyuk to have success.

It’s not like this game is going to be all 49ers all the time, so we are also trying our hand with Beasley. The veteran receiver out of SMU is boom or bust, which is never a bad option in daily fantasy. You need to go big in order to win. Beasley disappears in some games, but twice this year he has made 11 catches for more than 100 yards. He has also scored three times. San Francisco has given up 17 touchdowns through the air compared to eight on the ground.

With mere change left over, James is not a bad play. After all, this is a guy who once had nine receptions on 13 targets for 183 yards and one TD. Obviously his value is diminished with Samuel and Aiyuk ahead of him on the depth chart, but clearly the talent is there for another surprise performance.