HomeAnalysisNFL AnalysisMonday Night Football reaction: The 1-7 Giants might just be the best team in their division

Monday Night Football reaction: The 1-7 Giants might just be the best team in their division 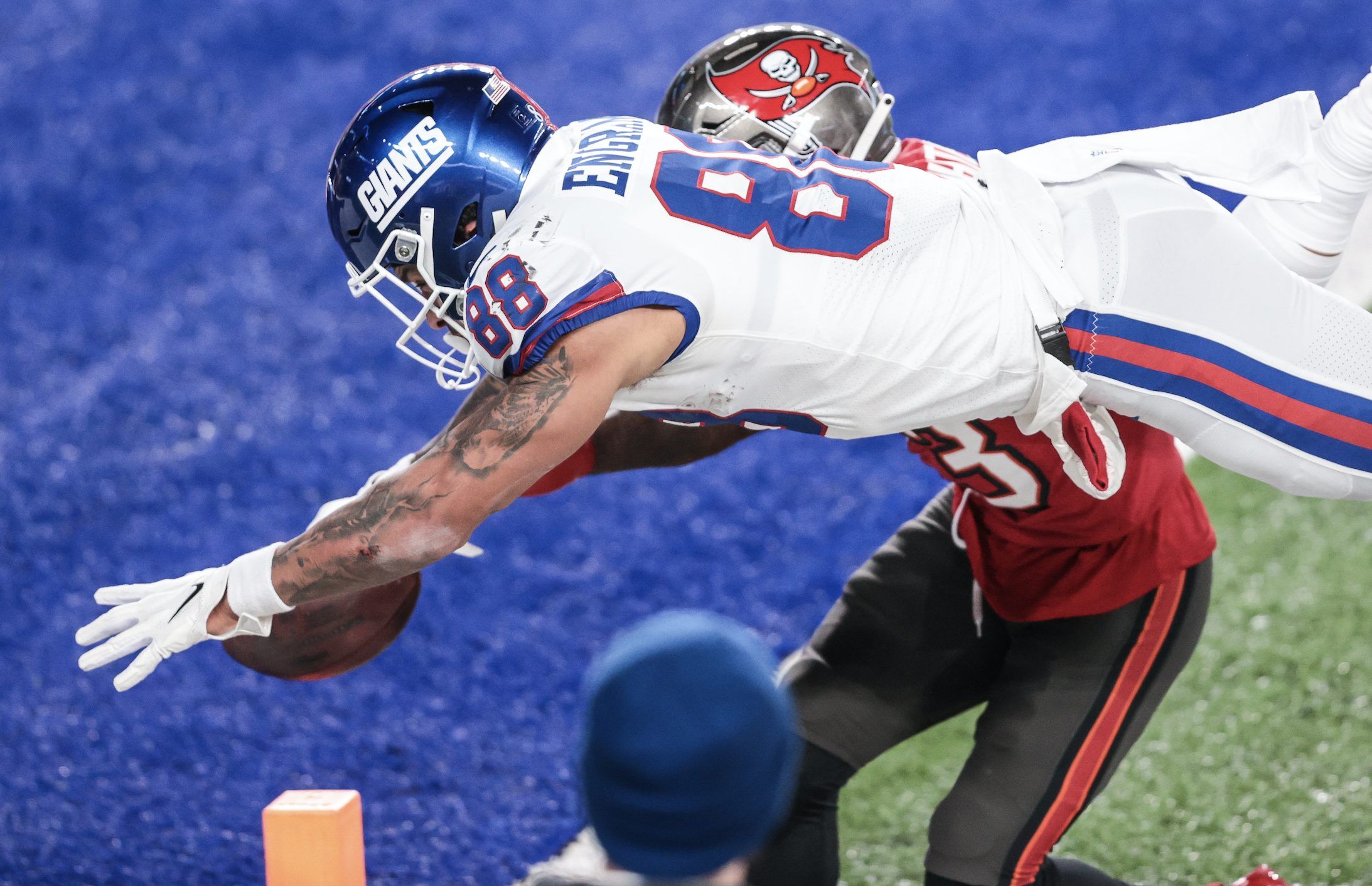 Since graduating from Davidson (The College That Stephen Curry Built), I have been writing about sports--just about any and all you can think of!--and coaching tennis in Atlanta, Ga. Beyond the four major sports, I am an avid tennis fan and cover the ATP Tour on a daily basis. If I'm not busy writing, you can generally find me on a tennis court or traveling the world wherever a sporting event takes me.
@Dimonator133
Updated: 0:14 AM ET November 03, 2020

The New York Giants are 1-7. They also might be the best team in their division.

You may think those two events are mutually exclusive. And under normal circumstances, they would be. But nothing about 2020 is normal. And nothing is normal about the NFC East. It is quite simply the worst division in the history of the NFL.

As such, yes—the Giants can be both 1-7 and the best team in their division at the exact same time. I’m not saying that they are hands down the cream of the crop in the moribund NFC East, but they are at least in the discussion. An upset win over the Tampa Bay Buccaneers on Monday Night Football would have been nice, and would have gone a long way towards getting into realistic division title contention. Still, there is no shame in losing to Tom Brady and company by a 25-23 margin.

As that score indicates, it goes without saying that this very easily could have been a New York victory. That has been a familiar storyline, too, throughout this whole season for head coach Joe Judge’s crew. The Giants’ last three losses have come by a combined six points (also to Philadelphia and Dallas, and that was when the Cowboys were pre-Ben DiNucci). They also fell to the Bears (who are now a solid 5-3) by just four points and only two of their setbacks have come by double-digits. One of those was by exactly 10 points at the hands of the still-undefeated Steelers. That means the Giants have played just one especially terrible football game (against San Francisco in Week 3).

For any NFC East representative (especially one that is missing one of the best running backs in the game in Saquon Barkley), only one awful performance in the span of eight weeks has to be considered a smashing success.

Close but no cigar

New York was by no means awful on Monday night. In fact, the home team probably should have won. As a +12.5 underdog, it led 14-3 in the second quarter, 14-6 at halftime, and 17-15 going into the fourth quarter. The G-Men would have led from wire to wire if Daniel Jones had not missed multiple wide-open chances deep down the field that appeared to be sure-thing touchdowns. Despite those mishaps, they still had a golden chance to tie the game in the final minute with a two-point conversion attempt. Running back Dion Lewis was briefly uncovered near the corner of the endzone, but Jones was way late with the pass and by the time it got there Lewis was flanked by Antoine Winfield Jr.—almost too closely, in fact (a pass-interference flag was eventually picked up).

The Bucs beat the Giants after a flag for pass interference was picked up on New York’s two-point conversion attempt.

Do you sense a trend here? Yes, the Giants almost won even though Jones was dreadful. He finally came up with some clutch passes on the final drive, but other than that it was mostly a comedy of errors that included two interceptions. But, hey, at least he didn’t have any running plays on which he fell flat on his face with no defender in sight!

As for the rest of the season, New York still plays each of the other three NFC East representatives once more in addition to Cincinnati and Cleveland. If it can somehow finish with a 6-10 record, that could actually be good enough for the division title.

What about the Bucs?

Speaking of division titles, the Bucs are now 6-2 and lead New Orleans by a half-game in the NFC South. Beyond that, there just isn’t much to say about this team following Monday night’s contest. They weren’t great; they weren’t atrocious, they were just good enough to win.

Brady played well, Rob Gronkowski caught another touchdown pass, Mike Evans also found the endzone, Chris Godwin may be back for a Week 9 showdown with the Saints, and Tampa Bay’s run defense is dominant.

The tools are there for NFC Championship contention. They weren’t really on display against the Giants, but maybe Tampa Bay was just saving them for the Saints.