HomeAnalysisNFL AnalysisNFL Thanksgiving reaction: Bills back in business, Cowboys not so much

NFL Thanksgiving reaction: Bills back in business, Cowboys not so much 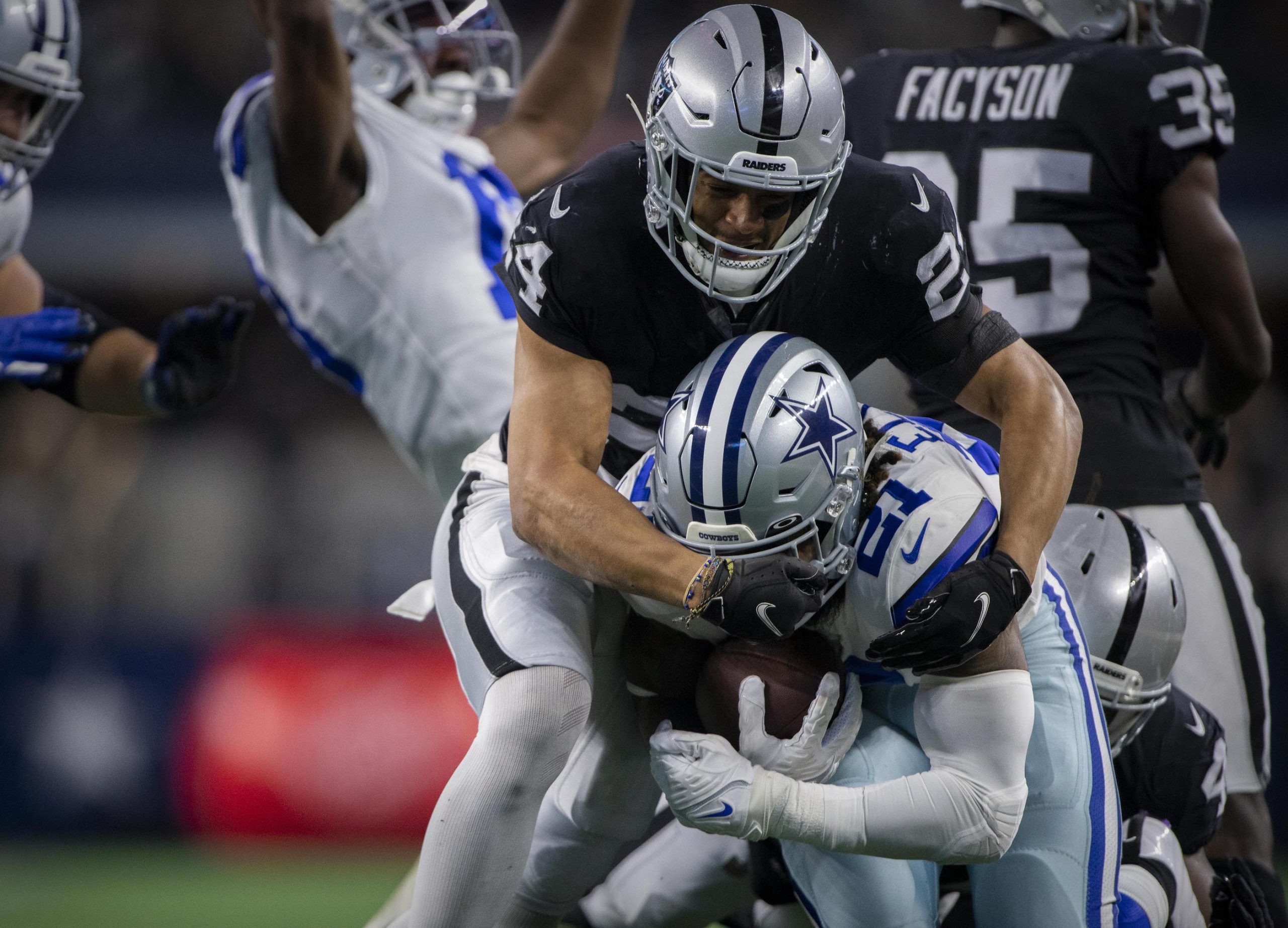 Hopefully most folks enjoyed their Thanksgiving dinner in the early afternoon, so as to miss the first NFL game of the day between the Bears and Lions before more intriguing matchups like Raiders-Cowboys and Bills-Lions.

Okay, at least the opener on Thursday came down to a last-second field goal. But both Chicago and Detroit stink, so who really cares? Las Vegas vs Dallas was both entertaining and meaningful, and even though the nightcap was a blowout it at least taught us something about Buffalo.

Here is a quick recap of what went down on Thanksgiving.

For anyone who already had a futures bet on Detroit going winless this season, Week 12 was a predictable sweat. A home game against a lowly Chicago squad is one of the friendliest matchups you can possibly imagine. The Lions were competitive from start to finish, just as they were in their previous two games; just like in the previous two (and the previous 10!), of course, they came up short. Jared Goff and company generated only 239 total yards of offense and the Bears eventually prevailed 16-14 on a chip-shot field goal by Cairo Santos as time expired.

Can the Lions go 0-16-1? Six games remain. They still have road dates with Denver and Seattle plus home contests against Arizona and Green Bay. Loss, loss, loss, loss. Beating Minnesota at home next week is also unlikely to happen. A visit to Atlanta the day after Christmas is the most realistic spot for a win, as the Falcons have not yet won inside the Mercedes-Benz Stadium this entire season.

Cowboys can kiss Super Bowl goodbye, and even division is in doubt

I dogged the Cowboys in last Sunday’s reactive piece, and for good reason. They scored the fewest points in the NFL during Week 11, losing 19-9 at Kansas City. Dallas did nothing to make amends or change the narrative in Week 12 (even though the offense was much better), suffering a 36-33 upset loss in overtime to the visiting Raiders.

Don’t look now, but the NFC East is back in play. Dallas has lost two in a row, Philadelphia has won two straight, and the Eagles’ next five games are all against teams from either New York or Washington. That’s right, their upcoming schedule is the Giants, Jets, Football Team, Giants again, and Football team again prior to what could be a titanic finale against the Cowboys.

Even if the ‘Boys win the division by default (the division once again stinks), it’s hard to see them doing much upon arrival (what’s new?!?!). They can’t run the ball (no rusher has exceeded 51 yards since Week 6) and they can’t stop the pass (27th in the league in passing defense). Dak Prescott is making plays on occasion, but he isn’t making them in crunch time.

Give me Tampa Bay, Arizona, Green Bay, and the Rams over Dallas in the NFC.

Offense just what the doctor ordered for Buffalo

There was never any real doubt that last week’s disaster against Indianapolis (a 41-15) was an aberration opposed to the rule for Buffalo’s defense. So it was no surprise that the Bills completely shut down a Trevor Siemian-led offense that was without Alvin Kamara during a 31-6 rout of New Orleans.

What was more encouraging was a stellar offensive performance by Josh Allen, Stefon Diggs, and the rest of the gang. Buffalo scored just 6 points against Jacksonville of all teams a couple of weeks prior to its woes against the Colts, but there were no such issues against a well-respected Saints defense. Allen completed 23 of 28 passes for 260 yards and 4 touchdowns, and he would have put up even bigger numbers if the game wasn’t out of hand for the entire second half.

Losing cornerback Tre’Davious White (knee) possibly for the season would be rough, so the offense must continue to come up big in support of a potentially depleted defense. If Allen keeps playing like this, the AFC East battle between Buffalo and New England is going to be a great one the rest of the way.