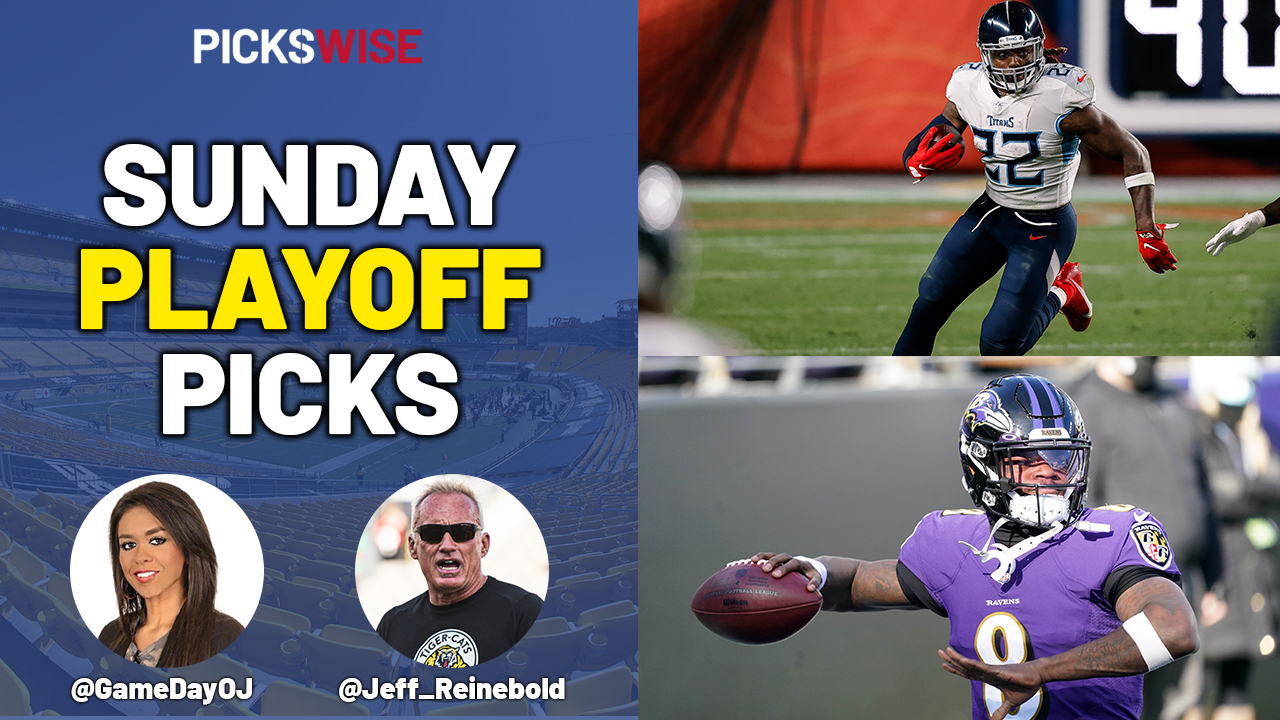 It’s time for round two of the NFL playoffs wild-card clashes, and that means we’re back with another episode of the Pickswise NFL Show! Our NFL betting preview is hosted by Rachael Van Oranje from ESPN975 radio and Jeff Reinebold, a man with over 30 years of coaching experience and a sharp eye for betting picks.

We’ve got three more huge games to get excited for as teams look to keep their hopes of a Super Bowl alive. Make sure to check out our analysis for who we expect to win the ultra-competitive AFC, while our expert has also broken down his picks for who wins the NFC.

The first game of the NFL playoffs Sunday slate is a hot matchup between the Baltimore Ravens and Tennessee Titans. After the Ravens appeared unstoppable last year, the Titans pulled off a huge shock and dumped Baltimore out of the postseason in the divisional round. Will Lamar Jackson and company get their revenge?

That game is followed by a tense clash between the Chicago Bears and New Orleans Saints. The odds suggest this will be a blowout in favor of the Saints, but Drew Brees and the offense needed offense to see off the Bears when these teams faced off in the regular season. Can Mitch Trubisky spring a surprise?

Sunday Night Football brings the Wild Card Weekend to a close with an all-AFC North matchup between the Cleveland Browns and Pittsburgh Steelers. These teams actually met just last week, with the Browns winning by two points. The Steelers rested Ben Roethlisberger for that game though, and with the Browns dealing with all sorts of COVID issues they are going to have to dig deep to keep their postseason status alive.

Along with the NFL previews for each of the three Sunday playoff games, Rachael and Jeff provide us with their Pickswise Lock of the Day. After Jeff went 12-5 with his underdog picks over the course of the season, let’s see if he can continue that hot form.

As always, you can also read our expert previews for every single wild card round game of the NFL playoffs.