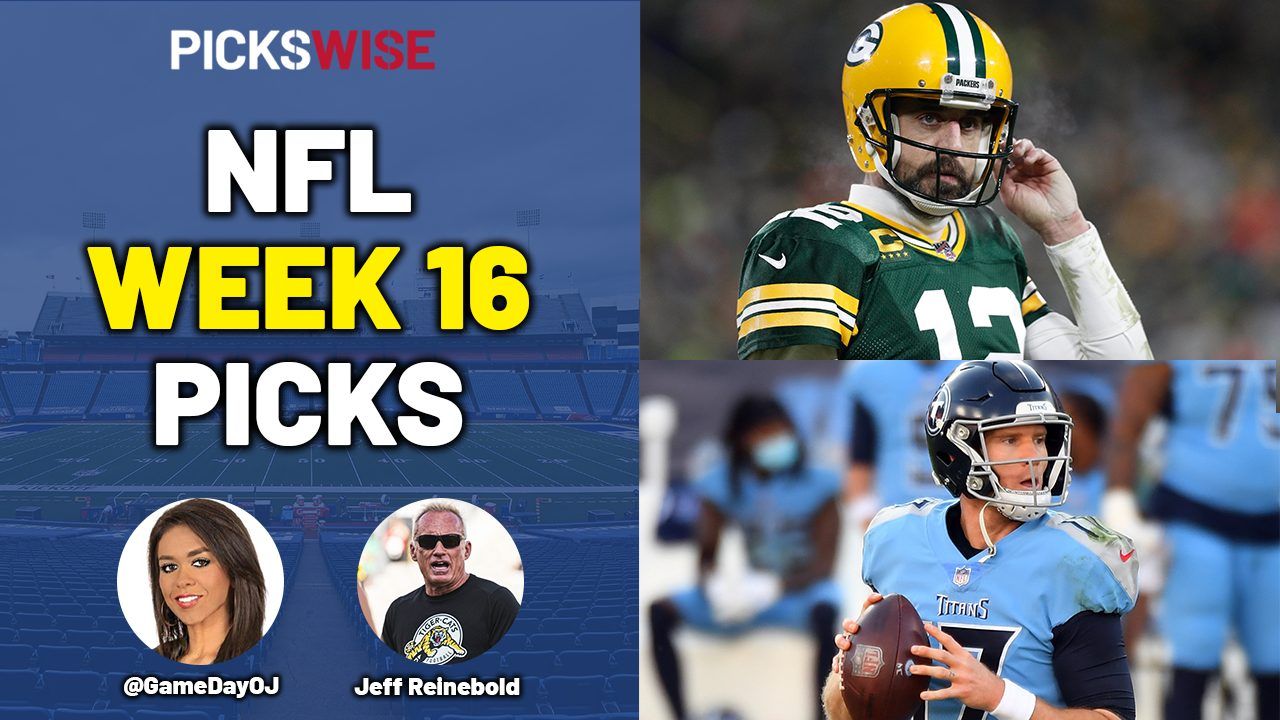 It’s Week 16 of the NFL season and we’re back with another episode of the Pickswise NFL Show! Our NFL betting preview is hosted by Rachael Van Oranje from ESPN975 radio and Jeff Reinebold, a man with over 30 years of coaching experience and a sharp eye for betting picks.

It’s Christmas! And what better way to celebrate the special day than with an afternoon of football between the Minnesota Vikings and New Orleans Saints? The Saints are desperate to get their season back on track after losing their last two to Philadelphia and Kansas City. Can they give their fans some festive cheer?

We’ve also got a triple-header on Saturday, kicking off with the Tampa Bay Buccaneers taking on the Detroit Lions. Then, it’s an all-NFC West clash between the San Francisco 49ers and Arizona Cardinals, before the Miami Dolphins face the Las Vegas Raiders in the evening. Can the Dolphins continue their push for the playoffs with another win here?

Looking ahead to Sunday, and the biggest game in the early window is the Indianapolis Colts against the Pittsburgh Steelers. Pittsburgh slumped to its third consecutive defeat on Monday Night Football with an embarrassing loss to Cincinnati. Can they prove they are still Super Bowl contenders, or will Indianapolis claim another victory as the Colts push to win the AFC South?

In the later window, the Los Angeles Rams take on the Seattle Seahawks in a huge game in the NFC West. The Seahawks took control of the division after the Rams were shockingly beaten by the New York Jets, and Seattle can claim the title with a win here. However, Los Angeles won the last time these teams met and you can bet head coach Sean McVay is expecting a big performance from his team.

Sunday Night Football pits the Tennessee Titans against the Green Bay Packers. The Titans will be looking to keep hold of their spot at the top of the AFC South, while the Packers won’t want to let slip their position as the current top seed in the NFC. Week 16 comes to an end with a game in the AFC East between the Buffalo Bills and New England Patriots.

Along with the NFL previews for the biggest games, Rachael and Jeff provide us with their Pickswise parlay of the week. They will be looking for another winning ticket after last week’s three-team parlay on the Titans -9, Chiefs, and Dolphins cashed. They also give their best underdog bets, a team they fncy to upset the odds, and Jeff was on the money with Washington +5.5 last week to improve to 10-5 on the season.

As always, you can also read our expert previews for every Week 16 game in the NFL.