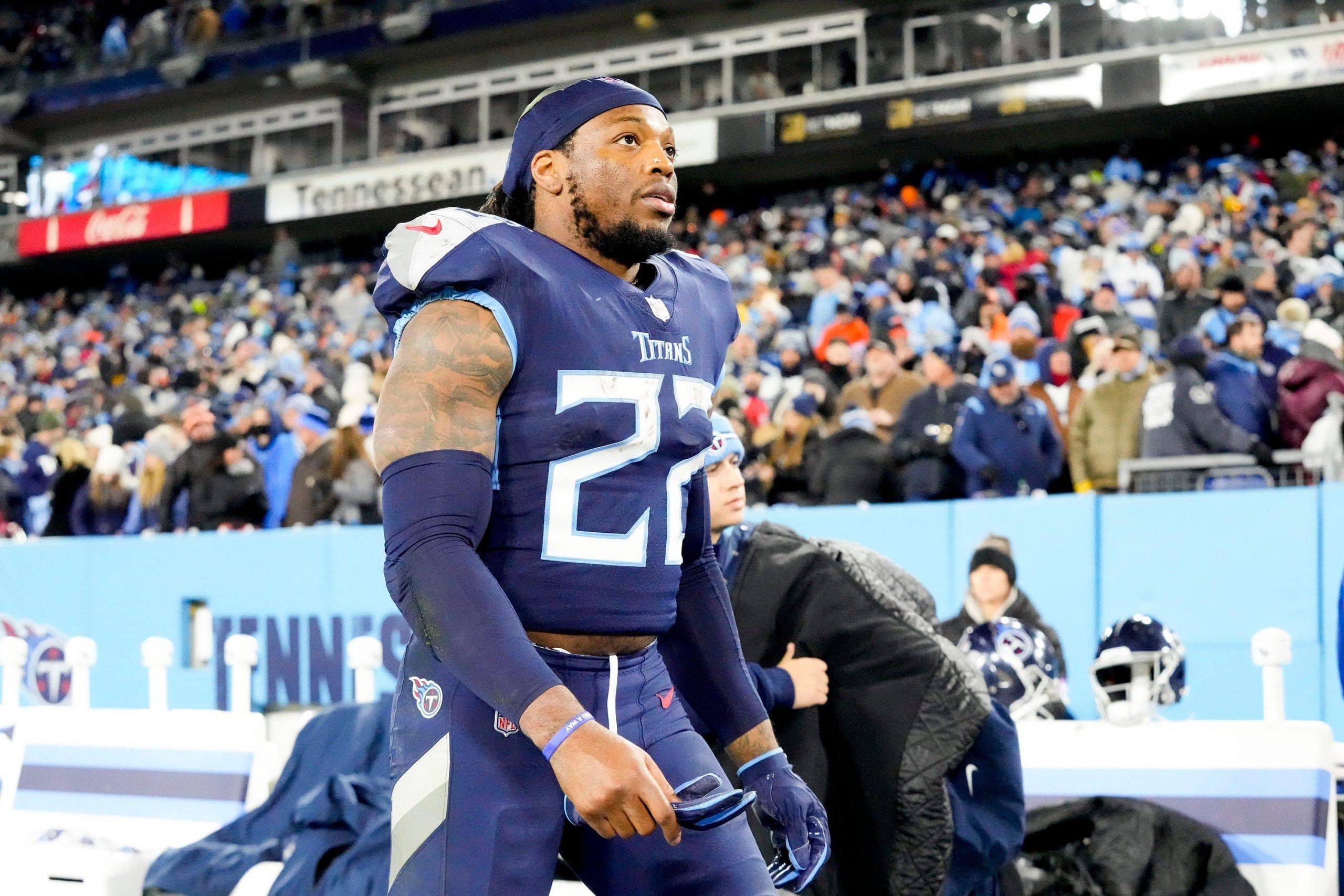 Deputy Editor for Pickswise. Lover of all US sports and Southampton FC.
Updated: 14:02 PM ET September 18, 2022

Monday Night Football features two intriguing games this week, one of which is the home opener for the Buffalo Bills. Buffalo was dominant in its Week 1 victory over the Rams, while the Tennessee Titans couldn’t say the same. The Titans lost an ugly game to the Giants, blowing a 4th quarter lead in the process. Will they be able to bounce back on Monday?

Our NFL expert has picks, predictions and a best bet for this AFC matchup, so let’s get into it.

Be sure not to miss any of our NFL picks for Week 2!

The Bills look to be ascending, while the Titans appear to be regressing. Each of their performances in Week 1 only strengthen that notion, with Buffalo dominating the Rams on the road while Tennessee lost to the Giants at home. This game is projected to be decided by two scores, but the Titans typically play the Bills very close. Let’s take a look at the odds and our prediction for Monday’s contest.

DraftKings Sportsbook is one of the premier places to bet on the NFL this season. If you don’t have an account, you can click here to register in time for this week’s NFL action. What’s more, you can claim $200 in free bets after placing a $5 bet on any NFL game this weekend. If you want to wager on the NFL, DraftKings is your spot. Make sure you click here and sign up today.

If you already have a DraftKings account, then Caesars Sportsbook is also running a special promotion for NFL Week 2 that you won’t want to miss. This weekend, any new customer can click below to claim a risk-free bet worth up to $1,250. By signing up with Caesars’ using this promo code, you also get access to additional perks toward their new Caesars Rewards Program. Make sure you click the link below to claim this offer in time for Sunday’s action.

If you are looking to get a huge risk-free bet this weekend, click the link below to register for a new account at BetMGM Sportsbook. At BetMGM, all new customers are eligible to claim a $1,000 risk-free wager after signing up and making your first deposit.

Find all the latest Sportsbook Promo Codes and Bonuses for NFL week 2, including sportsbooks live in your state.

We’ve got three standout NFL picks for this week’s clash between the Titans and Bills, including a prop bet selection.

This just comes down to a number that has been inflated to a point where the underdog makes too much sense here. This line on the look-ahead market was Buffalo -7.5 prior to last week’s games. Yes, the Bills looked dominant and the Titans lost to a bad Giants team, but a 2.5-point adjustment off of just one week is a lot.

QB Ryan Tannehill was excellent against the Giants, posting the 5th-best EPA per drop back among NFL QBs last week and the highest explosive pass rate in the NFL. The Titans received important contributions from rookie WRs in Treylon Burks (3 for 55) and Kyle Philips (6 for 66) in the slot. Even though the Rams and Matthew Stafford couldn’t do it, the Titans should have some chances to exploit this secondary — at least to the extent that they can stay within this number.

RB Derrick Henry has virtually fallen off a cliff since early last season. If you exclude one 76-yard TD run against the Bills last season, he has averaged only 2.5 ypc in his last 100+ carries. But if there is one area in which the Bills’ defense has shown to struggle in the last year, it is defending the run up the middle. The Colts exploited this defense in a blowout win last year and as long as the Titans mix up their early down run and pass mix, that should set up Henry well on more manageable run downs.

QB Josh Allen will likely have a big game because at this point he is just too good to be totally slowed down. Allen threw for 353 and 3 TDs in last season’s matchup and there is no reason why he shouldn’t play well again. That being said, the Titans’ defense played excellent last week aside from a few explosive plays from Saquon Barkley and the Giants. They pressured Daniel Jones at the highest rate in the NFL last week and this defense usually rises up against good competition.

This Titans pick falls well within a couple of big Week 1 to Week 2 trends, historically speaking. Teams like the Titans coming off Week 1 SU losses as favorites and are now underdogs in Week 2 have gone 19-9 (68%) ATS since 2010. Additionally, fading a team like the Bills that won in a blowout of 21 points or more in Week 1 has been profitable since 2010. Those teams have gone 7-19 ATS (27%) in Week 2. Also, Mike Vrabel is a wizard as an underdog even with a far inferior roster. The Titans are 20-13 ATS as underdogs under Vrabel, including 13-3 ATS as ‘dogs of 4 points or more — with an incredible 12 outright wins! The Titans were just 6-point underdogs last season against these Bills and won outright by 3.

This total dropped a few points, but that doesn’t scare me away from the under. The Bills are actually 5-2 to the under in their last 7 games as a favorite, and it’s easy to see why. Buffalo typically wins by double digits, meaning the Bills chew clock later in the game as they salt the game away. As nearly 10 point favorites in their home opener, this game certainly has the potential to get out of hand if Buffalo dominates like it did against the Rams. However, a close game also favors the under as well.

If the Titans are going to hang around, it’ll likely be because of their running game keeping Josh Allen and the Bills offense off the field. As long as the Titans defense can force Buffalo to move methodically down the field, they should hold the Bills to a maximum of 31 points. With the Bills defense playing at a very high level themselves, I don’t expect much from Ryan Tannehill and the Titans poor passing game in this one. Slight lean toward the under.

This is an overreaction to Week 1 where Jamison Crowder stole most of the slot reps from McKenzie, but that was more related to the defensive scheme they were facing. In Week 1 against the Titans, Richie James Jr of the Giants operated out of the slot 73% of the time and lead the team in targets with 6. McKenzie can make a man miss and really turn a short pass into at 15+ yard gain. I believe we see McKenzie gets 4-5 targets on Monday night, so this line is worth pouncing on.

Be sure to check out all of our expert betting insight, analysis and even more NFL Predictions and Best Bets from the rest of the Week 2 action.