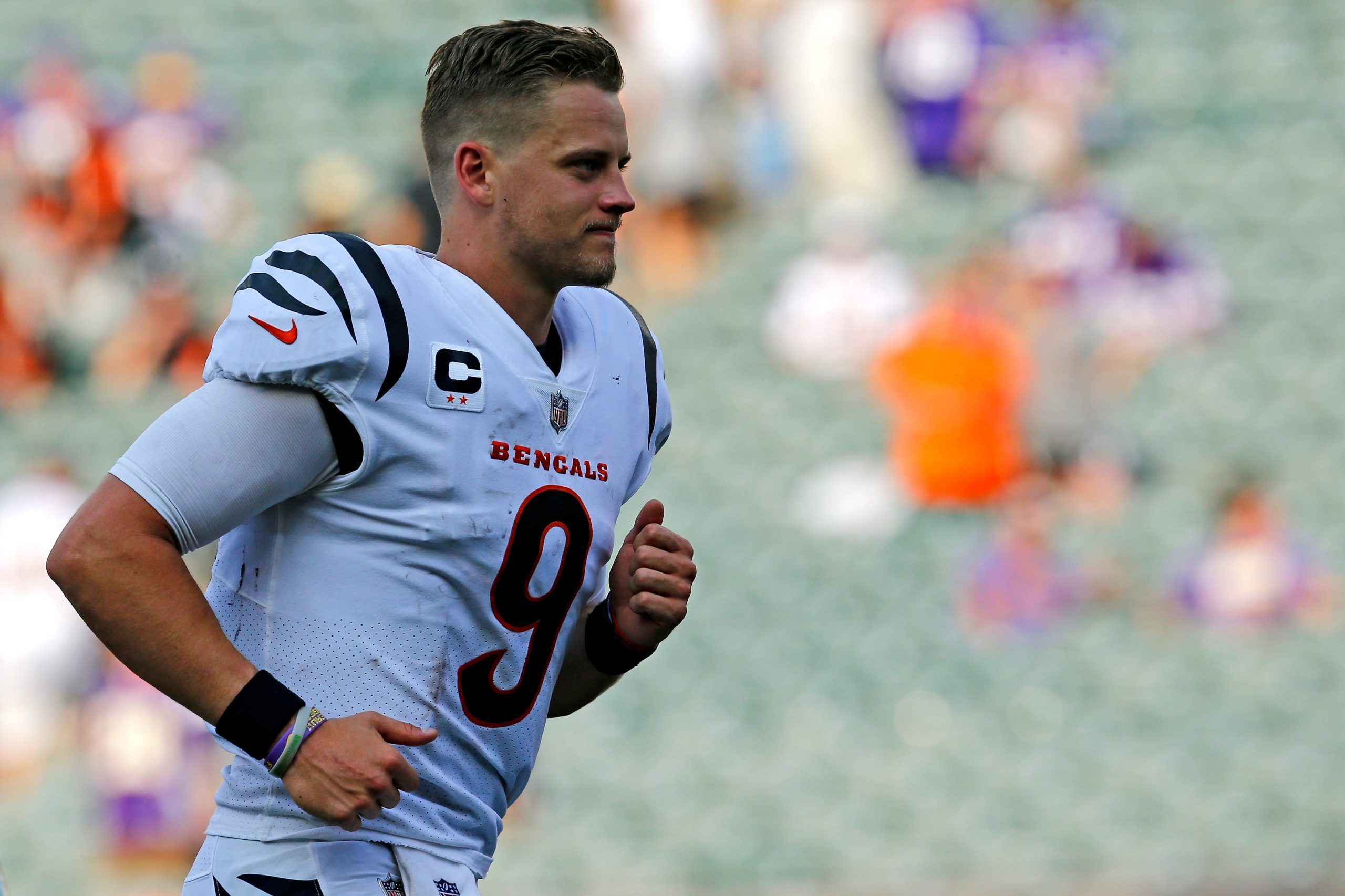 Covering all things sports betting with a focus on MLB and college football. Lifelong sports fan based in the Bayou State of Louisiana. Strong believer that every loss is a bad beat and every win is easy money.
@CG_cashes
Updated: 6:26 AM ET November 21, 2022

There are just 2 weeks left in the NFL regular season. Week 17 brings us some intriguing matchups, and plenty of playoff implications are on the line. In what is sure to be an eventful NFL weekend, it is now time to take a trip back to The Dog House. Here, I will highlight my 3 favorite underdogs for the week. Before we dive in, don’t forget to check out our picks on the side and total for every single NFL game. You can also follow Pickswise and myself on Twitter for plenty of betting content.

The Bengals have been pretty inconsistent over the past couple of weeks, but they are coming off back-to-back wins. They looked very impressive in their dominant 41-21 win over the Ravens, and they should have what it takes to push the Chiefs all the way. Granted, the Ravens were forced to play Josh Johnson at QB in that game, but Cincinnati’s offense looked to be in a different stratosphere as Joe Burrow posted 525 passing yards, 2 receivers topped 125 receiving yards, and Joe Mixon had 135 yards from scrimmage. This team has taken some bumps along the way, but they are starting to show that they belong in the playoffs and have the perfect opportunity to show it against the 2020 Super Bowl champions. The Bengals boast the most passing yards per attempt in the league (8.7) with Burrow boasting a better completion percentage than Patrick Mahomes.

The Chiefs are no joke, but they have looked fragile at times this season. The Bengals are playing with some momentum, and they have the home-field advantage in this matchup. They should be highly motivated to show the league that they are for real, so consider taking the points with Cincinnati at home.

After starting the season 1-7, the Miami Dolphins now control their own playoff destiny after winning 7 games in a row to move to an 8-7 record and take hold of the 7th seed. Tennessee pulled off a huge win against San Francisco last week to stay on course for a home playoff game, but how long can this team cope without Derrick Henry? The Titans have won just 2 of their past 5 games and have not scored more than 20 points in any of those matchups. Now they have to take on a Dolphins team that has allowed more than 17 points just once in its last 7 games, and whose defense is arguably one of the most ferocious units in the league. Their sack-first mentality has been causing QBs all sorts of problems, and they now lead the league with 45. That could spell disaster for a Titans offense that has given up the 4th-most sacks in the NFL (also 45).

Tua Tagovailoa continues to manage games effectively and his rapport with Jaylen Waddle has been causing chaos for everyone lately. I will gladly take more than a field goal with Miami in this one.

The Bears picked up a road win last week against the Seahawks thanks to a solid effort from 3rd-string QB Nick Foles. Justin Fields and Andy Dalton both returned to practice this week, so head coach Matt Nagy has a decision to make. No matter who is under center, it’s difficult to lay this many points with the Bears against just about anyone. Chicago owns a pitiful minus-13 turnover differential, which is the second-worst mark in the league. New York has not been much better in that department (minus-3), but that is still a sizable gap that could impact this contest. The last 5 meetings between these teams have all resulted in one-score games, and this could be an ugly, low-scoring contest. In that scenario, consider taking the points with the Giants.

Pickswise is the home of free NFL picks and NFL Odds. Check out the latest NFL prop bets and NFL parlays as well as expert NFL underdog predictions and NFL computer picks.