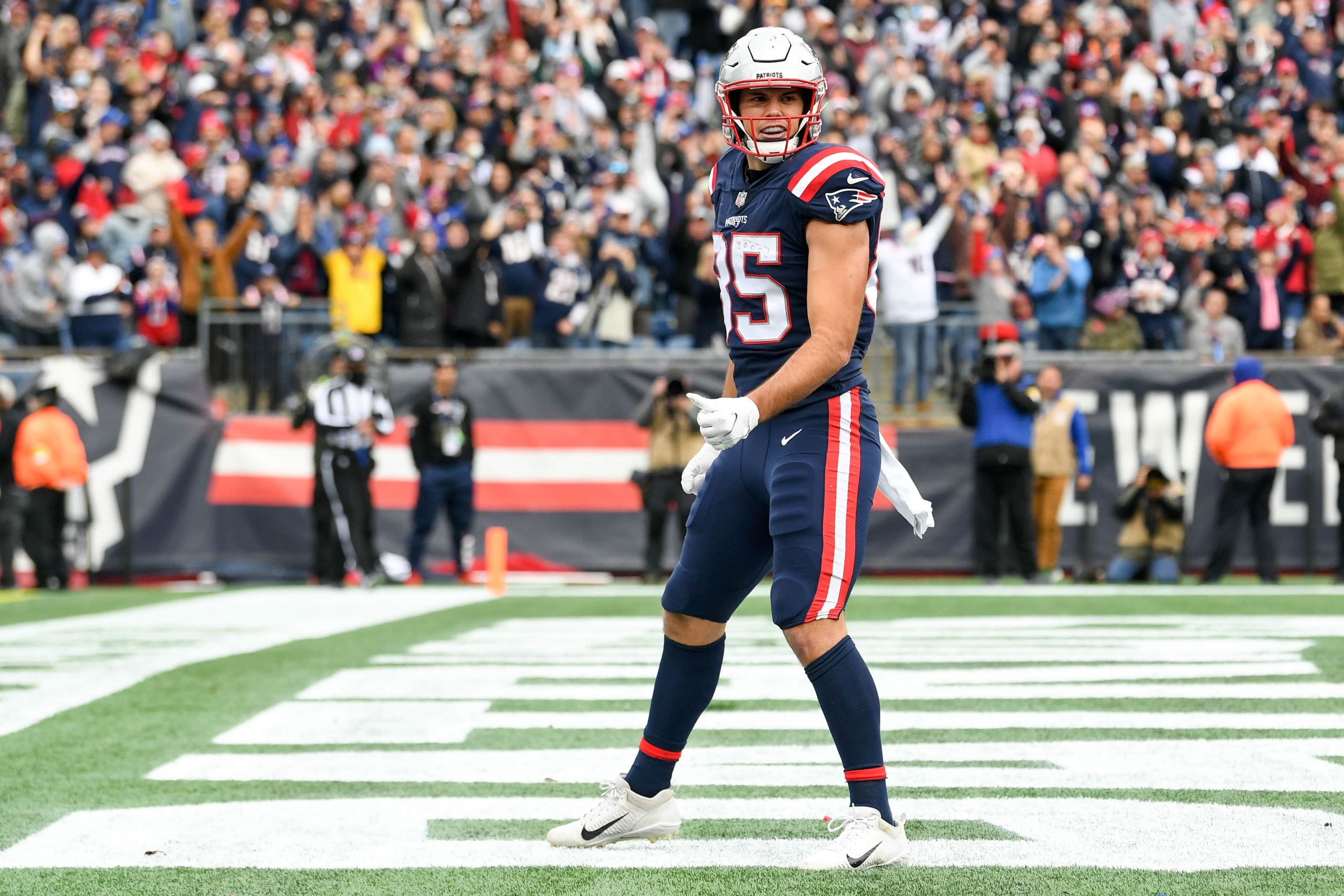 Week 11 of the NFL season gets started with Thursday Night Football between the New England Patriots and Atlanta Falcons. Both teams have been in decent-to-good form on the heels of slow starts, with New England on a 4-game winning streak and Atlanta having posted a 3-2 record in its last 5 contests. However, the Falcons are coming off a disastrous 43-3 loss at Dallas in Week 10.

Here we will discuss the touchdown scorer market for Thursday’s rematch of Super Bowl LI. Who will find the endzone, specifically first but also at any point? Let’s take a look at some of our best TD scorer bets.

I’m generally not big on favorites in this market, because the first touchdown scorer is generally a crapshoot (there are some exceptions like Derrick Henry, when he was healthy). You can almost always find better value with longer odds, and I feel like that is the case this time around with neither team a slam dunk to score first (this isn’t something like Packers vs Texans) and neither team possessing a superstar like Henry.

Let’s take a deep dive down the list of touchdown scorer favorites and go with Zaccheaus. The Falcons are still without Calvin Ridley, while Cordarrelle Patterson is expected to miss a second consecutive contest. Zaccheaus has scored 3 touchdowns this season, including 2 in Week 9 during an upset of New Orleans. He was targeted a team-high 7 times last weekend against the Cowboys (tied with Kyle Pitts). Atlanta cannot run the ball at all and New England has surrendered only 5 TDs on the ground in 2021 (tied for second fewest in the NFL). The Falcons will have to take to the air, and Zaccheaus could be the primary beneficiary.

How are we still able to get Henry (Hunter, not Derrick) at plus money to score a touchdown? He has done so on 7 occasions already this year, and all 7 have come in the last 7 games, including 2 at Cleveland’s expense in last week’s 45-7 domination. The Falcons have surrendered 19 touchdowns through the air in 2021 (fourth-most in the league) and they are only in the middle of the pack in terms of fantasy points allowed to tight ends. It’s going to take something special to keep Henry out of the end zone, and Atlanta’s defense is hardly special.