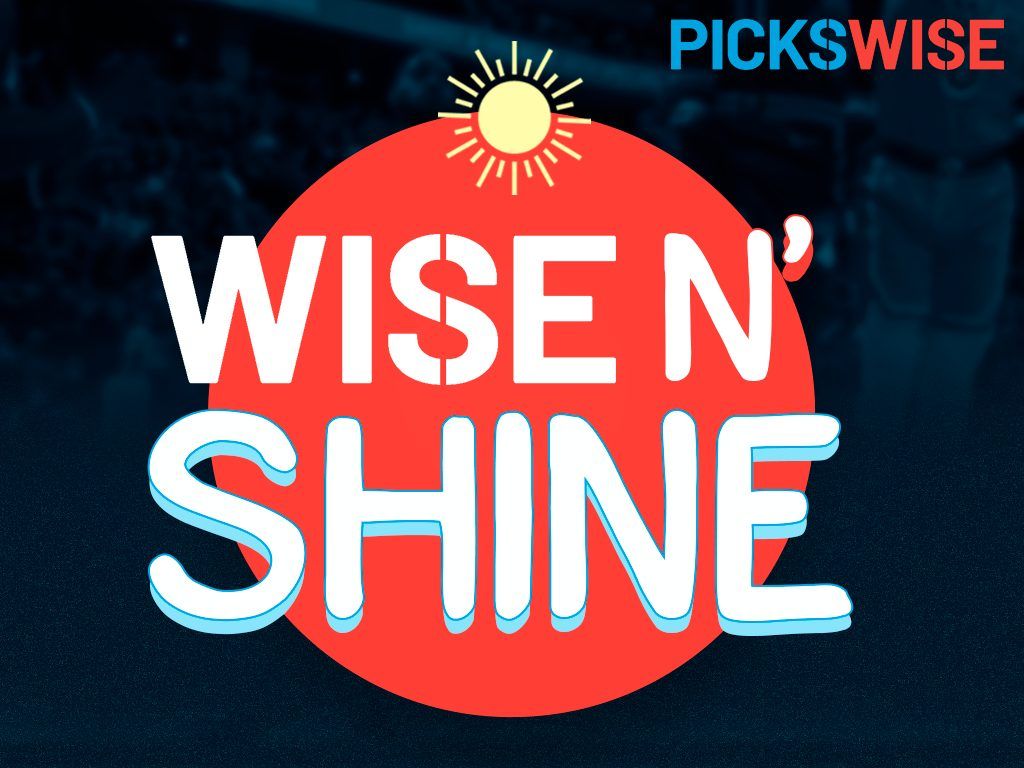 Good morning, Pickswise Nation. Welcome to the last Sunday until February without any NFL games. However, that’s not to say there isn’t any football on today’s schedule. Week 1 on the college gridiron extends into Sunday and Monday, so we have a busy afternoon and night on our hands with Major League Baseball, tennis, F1, NASCAR and LIV Golf also sharing the limelight. There is no time to waste, so let’s make your next bet better with Wise n’ Shine!

American League Central tightens up
The White Sox are now just 2 games behind the first-place Guardians in the AL Central and 1 back of the Twins following Saturday’s 13-0 humiliation of Minnesota. We cashed a +320 same game parlay on that contest in addition our White Sox money line pick. Meanwhile, the gap in the NL East also closed – from 3 to 2 – as result of the Braves’ walk-off victory over the Marlins and the Mets’ loss to the Nationals.

Georgia makes immediate statement by humiliating Oregon
The defending National Champions wasted no time asserting themselves in 2022. Playing inside the familiar confines of Mercedes-Benz Stadium in Atlanta, Georgia shellacked Oregon 49-3. SEC teams are 13-0 so far in Week 1, with notable wins also earned by Florida (29-26 over Utah) and Arkansas (31-24 over Cincinnati).

A 3-0 day at the U.S. Open has our best bets record at 12-5
All three of our U.S. Open best bets hit on Saturday, courtesy of Andrey Rublev, Ilya Ivashka and one of the best matches of the tournament between Petra Kvitova and Garbine Mugurza (an easy over!). That improved our record to 12-5 for the tournament. We will look to stay hot when the action continues on Sunday, with a showdown between Daniil Medvedev and Nick Kyrgios headlining the schedule. That match is among our Day 7 best bets.

Dodgers-Padres on Sunday Night Baseball
Another week in Major League Baseball comes to a close with a jam-packed schedule of 15 games. Following 14 afternoon affairs, a National League West showdown between the Dodgers and Padres takes center stage on Sunday Night Baseball. As for the bookend game, Blue Jays and Pirates are set for a 12:05 pm ET start time on Peacock. Be sure to read all of our MLB previews.

College football continues with LSU-Florida State
Week 1 isn’t over yet, folks. Following a full Saturday schedule, there are two more games still to go. Prior to Monday’s ACC meeting between Clemson and Georgia Tech, Sunday night’s primetime matchup pits LSU against Florida State. Be sure to read our full game preview for picks on the side and total.

Division races aren’t the only battles for playoff positioning as the Major League Baseball regular season comes down the home stretch. Don’t forget about the wild card, for which 4 teams are separated by 3.5 games in the American League. The Mariners are are now tied for the top wild-card spot, having won 6 games in a row (including 2 straight against the Guardians) and 8 of their last 10. Cleveland is going in the opposite direction, as it is riding a 4-game losing streak straight. George Kirby is toeing the rubber for Seattle on Sunday and he is 6-3 with a 3.16 ERA and 1.18 WHIP. In August he went 4-0 with a 2.15 ERA and 1.13 WHIP. Cal Quantrill has been solid for Cleveland, as well, but the Mariners have a massive advantage in the hitting department.

With the 2022 MLB regular season nearing the home stretch, our betting advice is more extensive than ever. Make sure to note our +820 mega parlay for Tuesday. On the college football gridiron we have a +475 same game parlay on Florida State-LSU.

Also, don’t forget about some less mainstream sports. In addition to the U.S. Open, Sunday’s jam-packed schedule also includes F1 and NASCAR; we have best bets for both via the links provided.

Nationals starter Erick Fedde is 0-2 with a 9.39 ERA and 1.83 WHIP in 2 starts since returning from a rehab stint in the minor leagues. Now he has to face the Mets, who are 10th in the league in OBP over the last 15 days.

“There are some plusses and minuses there. I think we’ve got the advantage that they don’t have any film on us. (We) got a new head coach; got new coordinators. That in itself is the uncertainty of them not knowing what to expect.”

— LSU head coach Brian Kelly on Florida State having already played a game this season, whereas the Tigers are making their first appearance tonight.

FanDuel Sportsbook is celebrating today’s F1 Dutch Grand Prix by boosting the odds on the above trifecta from +165 all the way to +270.

Pickswise is the home of free sports picks, news, and best bets. Check out our expert NBA picks, MLB picks, NFL picks, NHL picks and Soccer picks, and for the latest game picks.