HomeAnalysisMLB AnalysisWise n' Shine: What you need to know to bet better on Monday, July 25 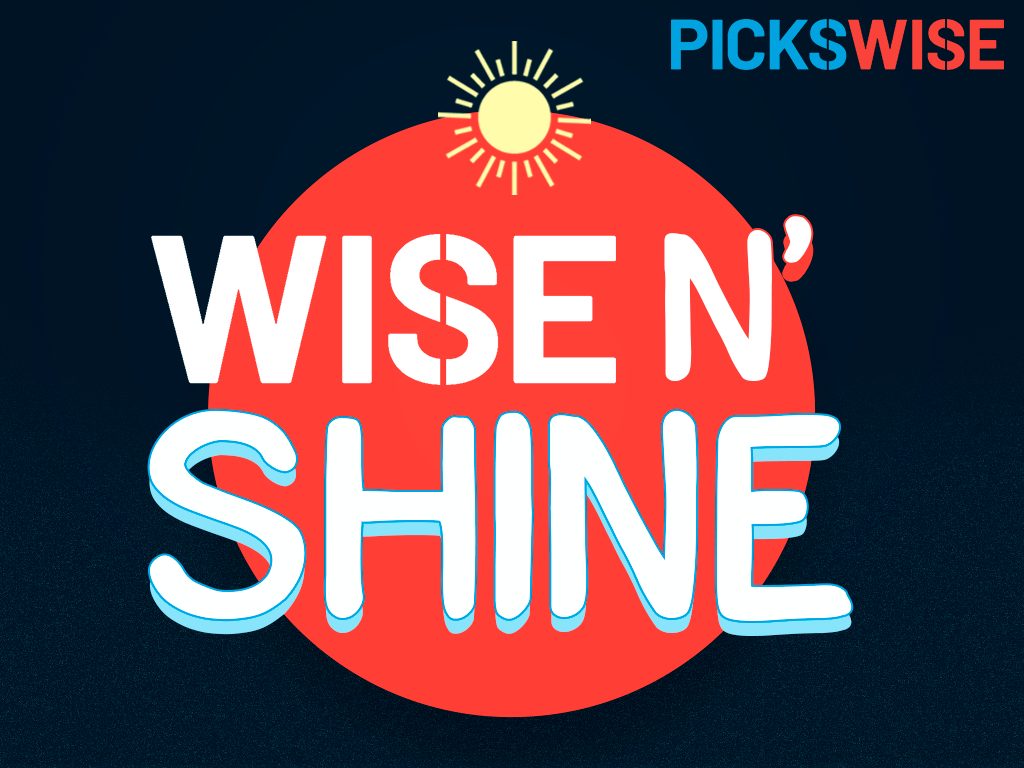 Welcome to another wonderful week of sports, Pickswise Nation! There’s a nice big MLB slate tonight, so let’s get straight to making your next bet better!

3 same game parlays cashed in the last 2 days!
The Pickswise MLB team has found a groove on same game parlays and after cashing two of them on Saturday’s slate, they were back in business yesterday as Mark Lammey hit his +330 odds SGP on the Blue Jays vs Red Sox game. The Cubs swept the Phillies with a 4-3 Sunday win, the Angels upset the Braves 9-1 and the Brewers won a wild one 10-9 against the Rockies. The Dodgers completed a sweep of the Giants and the Mets beat the Padres 8-5 on Sunday Night Baseball.

Solid 12-game Monday MLB slate
Monday can often be a quieter day in the MLB, but we can’t complain about a 12-game slate today, even though the action doesn’t get started until 6:40 pm ET. Rockies vs Brewers is on ESPN+ at 8:10 pm ET and you can read our previews for all today’s MLB games.

Can Isner continue Atlanta tennis dominance?
The Atlanta Open tennis tournament gets started today, and John Isner is 2nd favorite to win his 7th title there. Nick Kyrgios is the betting favorite, but our expert Ricky Dimon isn’t siding with the controversial Australian. Get our Atlanta Open tennis best bets.

The games in this series have produced totals of 11, 13 and 19 runs and that high-scoring trend should continue. Both offenses have been excellent since the all-star break, and the Rockies were even able to hit Corbin Burnes in the first game of this series, which was surprising. Aaron Ashby is not a Cy Young candidate like Burnes, but he is also a lefty and Colorado ranks 1st in batting average and OPS against left-handed pitching. The Rockies lineup, fueled by CJ Cron and Charlie Blackmon, should be able to scratch across a few runs. The Rockies bullpen has allowed 8 earned runs already in this series, while the Brewers’ arm barn has allowed 10. Take the over. Check out our full Rockies vs Brewers preview.

Lauren Jbara, Jared Smith and Mark Zinno are your hosts today and they will be looking at how NFL coaches impact the betting on their teams and which new head coaches they think could exceed expectations or fall short this year. The team will also be going through today’s MLB slate and revealing their Plays of the Day.

You can access the show at any time through Spotify and Apple Podcasts (search for Let’s Bet It Presented By Pickswise).

Lead betting analyst Jared Smith has taken a look at which MLB teams could regress in the second half of the season which is well worth a read with no afternoon action today. For today’s games, our red-hot YRFI/NRFI best bets are ready to read as we bid to improve to a 25-7 run today. We’re also aiming to keep our great same game parlay run going with our picks for the Rockies vs Brewers game.

Our NFL season preview content continues to grow and in addition to our Super Bowl 57 predictions, the latest arrivals are our predictions for the players who will have the most rushing yards, passing yards and receiving yards this season.

“I did not mean to say exactly that. I’m going to reiterate — even if you go from Hall of Famer to even another Hall of Famer, it’s going to be an adjustment. Any time you change quarterbacks, is what I was getting at.”

Davante Adams attempts to clarify his remarks after he appeared to have called Raiders QB Derek Carr a Hall of Famer previously.