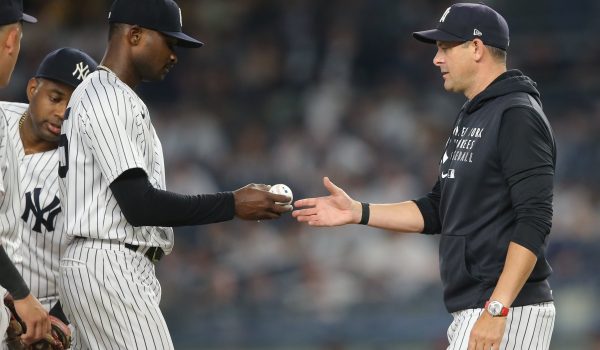 Sunday, Sunday, Sunday. It’s the best day of the week to bet MLB player props. The action starts early which is always nice and we get the added bonus of a standalone night game on ESPN. Whether you’re by a pool, at a youth sporting event or stuck doing yard work, MLB player props can brighten your day. There are two today that I think are absolute gold.

I really hate having an under but sometimes you have to do what you have to do. I actually like Domingo German and I don’t even want to put this evil on him but my hands are tied at this point. It’s a combination of his fault as well as the entire Philadelphia Phillies’ organization.

For starters, German has not struck out more than six guys in any start this season. He’s even gone seven innings a couple times and still hasn’t done it. One thing that should be mentioned, he did have five straight starts of striking out six, but he’s followed that up with four straight where he failed to get to six.

Today he gets to pitch against a National League team which means he gets to see the pitcher spot but that may not be enough. The rest of the Phillies just aren’t striking out. Over the last week, no team in MLB has struck out less. If the Phillies can get to German and get him out of the game after five innings, I doubt he can strike out six before exiting. 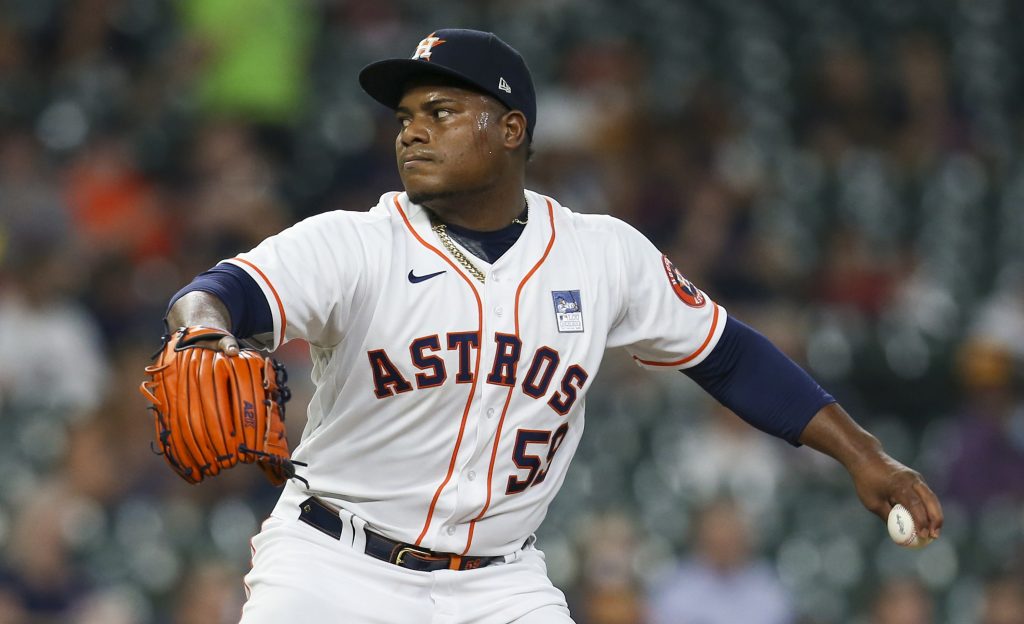 This one is my favorite because I’ve wanted to back this guy for awhile now. He is as electric as it gets on the mound but the sports books are still gun shy on giving him elevated strikeout numbers. Today is pretty high for most guys but it’s coming at +110 which takes the sting away a little.

Valdez was coming in at 94 mph last season but that velocity has decreased to about 92 mph this season. One would think that would lead to less strikeouts but it hasn’t. He went at least seven innings against the Boston Red Sox in his last two starts and struck out at least eight in both games. The kid is dealing.

Valdez will see the Minnesota Twins this afternoon which isn’t great but it’s hardly one to be afraid of. In the first game of this series they were sat down eight times by Jose Urquidy eight times. These two pitchers aren’t exactly the same but they are comparable. Day games have not been good to the Twins as they have struck out more than any team in MLB before the sun goes down.

This is one of my favorite MLB player props of the day.

Be sure to check out our full game preview for Houston Astros vs. Minnesota Twins