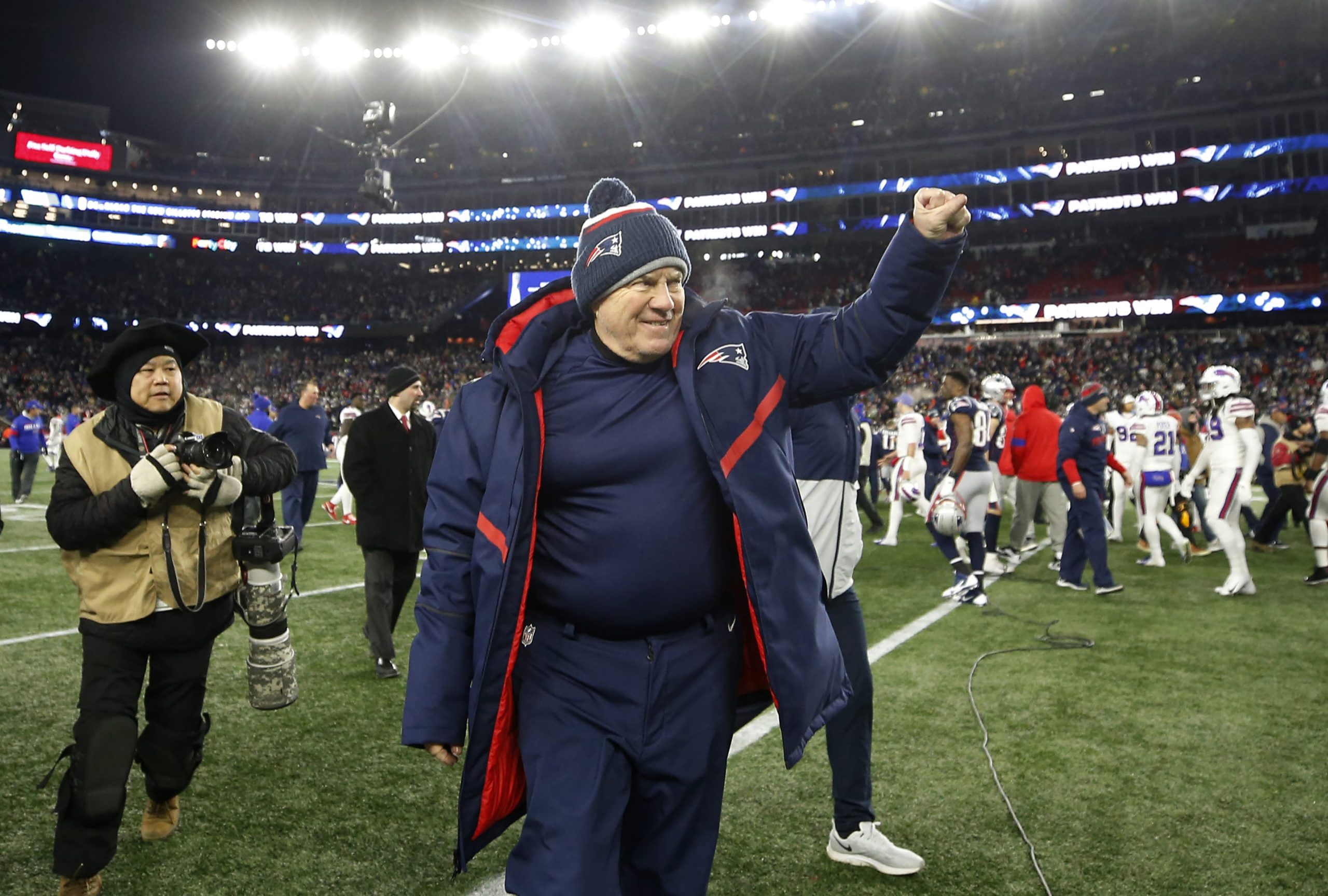 The Patriots keep pushing up the board. Monday night’s rugged win in Buffalo made New England co-Super Bowl favorite at the Westgate SuperBook, tied with the Bucs and Chiefs at +500.

At FanDuel, the Pats went from +1100 to +750 to win it all, tied for third-favorite with the Cardinals and Packers, just behind the Bucs (+500) and Chiefs (+700). While Westgate took a very aggressive position on New England, most oddsmakers still have them behind Kansas City as the best team in the AFC.

“With how the Chiefs defense has looked these past few weeks, the Chiefs are still my AFC favorite regardless of the outcome tonight,” said TwinSpires Trading Analyst Zachary Lucas.

The loss dropped Buffalo from +800 to +1000 to win the Super Bowl at FanDuel, their longest odds since Week 3, so I think it’s fair to say we are entering buy-low territory. It also sets up a good bounceback spot this Sunday in warm and sunny Tampa against a banged-up Bucs defense.

Another reason I’m bearish on Buffalo futures, their odds of winning the division have been dramatically reduced, which means they will likely have to win three road playoff games in order to get to the Super Bowl. In those instances, there is usually more value available by rolling over the money lines each week, which is referred to as a “mechanical parlay”. The Bills are a good candidate for that strategy come playoff time, as they should be a high-upside wild card team, which correlates to what we’ve seen from Buffalo’s body of work this season. At their best, they can beat anyone, but the floor is lower than other contenders (see Week 9 at Jags).

How to handicap the AFC North

All four teams are still alive to win the division with five games left. The Browns are the only team I would consider betting in this market, as they are favored against the Ravens, and could see their odds reduced significantly by the end of the day with a win and Bengals loss to the 49ers.

“Each team is very much alive to win the AFC North,” said WynnBET Trader Sawyer Johnson. “The Ravens have the best record but haven’t looked great as of late. The Bengals are inexperienced and have a bad offensive line. The Browns have the best roster but have unstable quarterback play. The Steelers have the best defense but the worst quarterback. It will be exciting to see how it all plays out.”

Last month, I opened a 1-unit position on the Bengals to win the AFC North, which I still think is alive. Instead of backing Browns futures this week, I think the better strategy is just to bet them straight up against Baltimore. If you read Monday’s “Early Birds” column, you should be holding a Browns -1 ticket, which is a strong position for me heading into the weekend.

There is a gap between the top nine teams in the Super Bowl market and the rest of the field. Those nine are broken into five from the NFC (Cardinals, Rams, Packers, Bucs, Cowboys) and four from the AFC (Bills, Patriots, Chiefs, Ravens). Besides that group, oddsmakers still have faith in both teams from the AFC South to potentially emerge as contenders.

Sawyer Johnson, WynnBET: “It’s the Titans. They were the hottest team in football a month ago and have some injuries. As soon as they are healthy, they can compete with anyone.”

Zachary Lucas, TwinSpires: “You have to look at the Colts or Titans. The Colts are a sneaky good team, well-coached and their run game is second to none. Titans should have Henry back in time.”

I have a small position on the Titans to win the AFC that I recommended four weeks ago, and this might be a decent spot to add to it. Tennessee has the easiest remaining schedule in the NFL and should cruise to a division title even without Derrick Henry.  If they somehow can steal the top seed, their odds will shorten dramatically. The best price I could find this week was +1100 at Westgate.

Ranking the best teams in the NFC

These teams are starting to reveal their true identity, and all of the oddsmakers we asked this week put the Packers and Cardinals inside the top three. I have detailed my personal rankings and NFC portfolio heading into this week below:

The schedule breaks nicely for Green Bay over the final five weeks as they have the second-easiest schedule in the NFL behind the Titans. They also should get back three key starters from injury, LT David Bakhtiari, OLB Za’Darius Smith and CB Jaire Alexander before the end of the regular season.

The Rams/Cardinals game on Monday night will also be a market-moving event, as Arizona would secure its spot as the favorite for the top-seed in the NFC with a win.