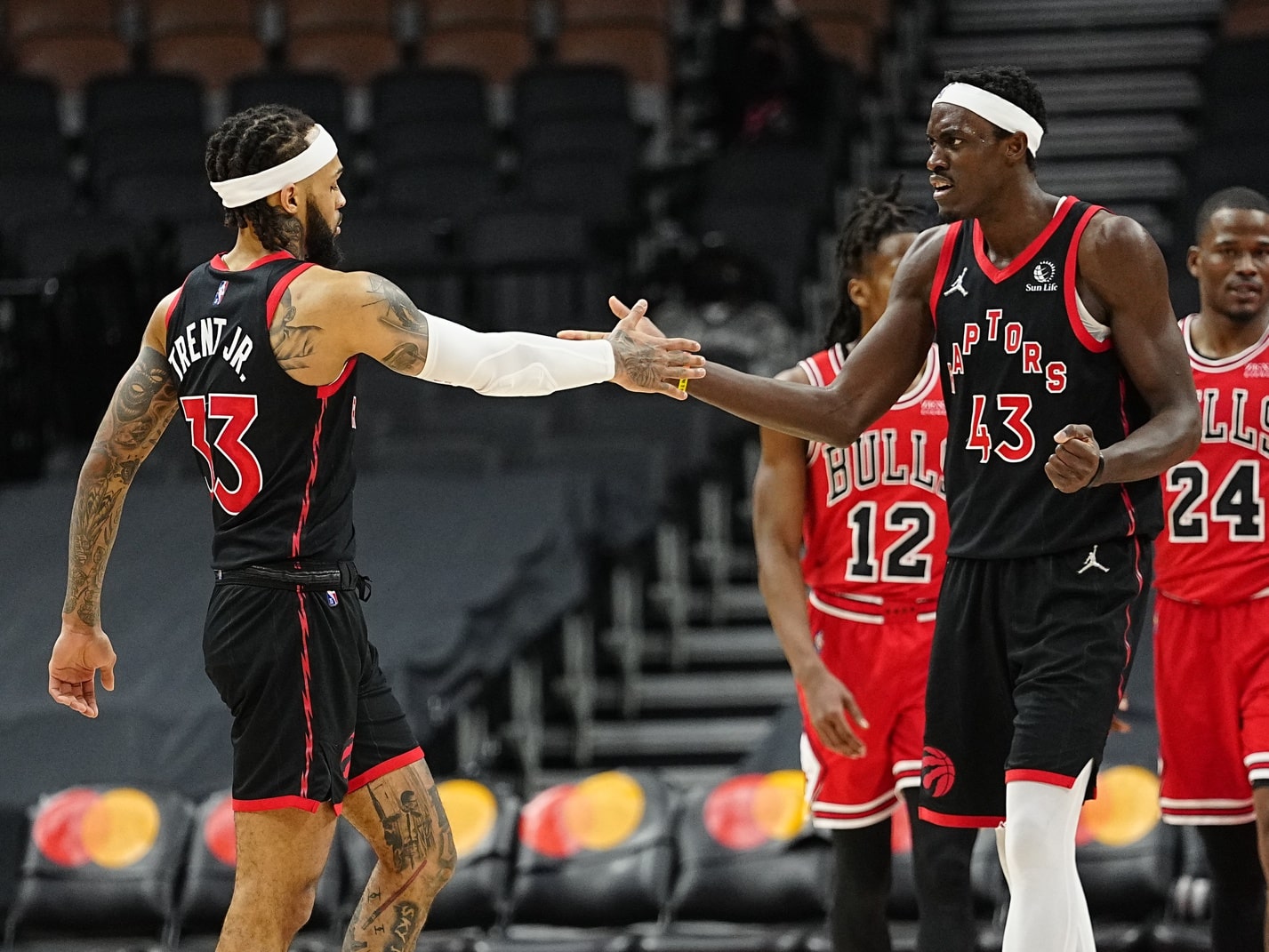 The regular season is in the books, but we’re just getting started. We have many weeks of playoff action coming, and here at Pickswise we’ve got a ton of content coming to get you primed. What better way to celebrate the postseason than by going for a big payday? That’s right; we’re back with another mega parlay, NBA edition. This time making a pick for all eight series winners.

We’re going big and bold again, so let’s not waste any more time. But before we dive in, don’t forget to check out our free picks on the side and total for every NBA playoff game.

Starting things up with a relatively big upset. Luka Doncic is out for Game 1, but I’m not ready to bury the Mavericks just because of that. Dallas has made major strides, to the point where they should be able to hang for however long they have to without Doncic. Nobody has been mentioning them when talking about the league’s elite, but Dallas went 36-12 in their last 48 games. The Jazz on the other hand were completely falling apart down the stretch, and it seems like their locker room has turned toxic. Rudy Gobert and Donovan Mitchell are beefing, and Quinn Snyder is being openly linked to the Lakers’ open head coaching job. That’s a recipe for a first round exit if I’ve ever seen one.

Going with a second straight upset here with the Timberwolves. Don’t sleep on Minnesota, who over the past couple of months has had the best offense in the NBA. Not only did they get past the Clippers in the play-in, but they managed to do it despite Karl-Anthony Towns being held to just 11 points before fouling out. Anthony Edwards had his official coming out party, dropping 30 points in his first taste of the postseason. These teams played each other four times this season, and each team won two times. Three of the games were super close, and the other was a 40-point blowout in favor of the T-Wolves. They certainly didn’t look overmatched against Memphis.

I’m betting the Joel Embiid/James Harden experiment goes up in flames almost immediately. Harden hasn’t looked like himself, to put it kindly, and he’s no longer explosive off the dribble. The Raptors have an experienced team that’s been there and done that in the playoffs, and they aren’t going to be rattled going up against Embiid. If there’s anyone that can come up with a game-plan to contain him, it’s Toronto coach Nick Nurse. The fact that 76ers wing Matisse Thybulle won’t be able to play in the games in Toronto due to the vaccine mandate can’t hurt either.

Fortunately for the Warriors, it looks like Stephen Curry is going to be ready for Game 1 of this series. Unfortunately for the Nuggets, it doesn’t look like they’re going to get back Michael Porter Jr or Jamaal Murray at all. Nikola Jokic has played at a truly ridiculous level all season long, and it still wasn’t enough for the Nuggets to get any higher than sixth in the West. There’s really not much more that he can do. Golden State on the other hand is finally going to be fully healthy, and they should start looking like they did at the beginning of the season again.

Keeping things chalky with this series that will get things started on Sunday. If the Cavs had beat the Hawks in the play-in, I think they would’ve had a shot against the Heat. But Atlanta just isn’t disciplined enough defensively to hang with Miami. They don’t have the physicality or toughness to gut-out a series against them. Especially not if center Clint Capela, who hurt his knee against Cleveland, misses time. Erik Spoelstra will have an effective plan for Trae Young, and the Hawks are exactly the kind of sloppy team that the Heat feast on.

I wanted to make a case for the Bulls here at +700, I really wanted to. But I just can’t. Chicago enters the playoffs limping, and they still aren’t going to have Lonzo Ball. The Bulls were never as good as they looked early in the season, and they went just 7-15 in their last 22 games. Milwaukee on the other hand still looked like a juggernaut when they had their big three of Giannis Antetokounmpo, Khris Middleton and Jrue Holiday all on the court together. These teams just played in Chicago a couple of weeks ago. Despite being at home and getting a 40-point game from DeMar DeRozan, the Bulls still lost by 21.

This might be the most highly anticipated matchup of the first round, and I’ve got to go with the Celtics here. Over the past couple of months, the numbers clearly indicate that Boston has been by far the best team in the league. They’re playing legendary defense, and Jayson Tatum looks ready to be the best player on a championship team. Even with both Kevin Durant and Kyrie Irving out there, the Nets have looked anything but a super-team recently. They struggled to get past a beaten up Cavs team at home in the play-in tournament.

Even if Zion Williamson came back out of nowhere, the Pelicans wouldn’t have much of a chance here. New Orleans squeaked past the Clippers in the play-in, but likely only because Paul George got ruled out with COVID the morning of the game. The Suns were historically good this season and crushed everything in their path. Phoenix has their eyes set on the finals once again, and they aren’t going to let the Pels get in the way. The Clips still very nearly beat them even without George, and it wouldn’t surprise anybody if they don’t make it past four games here.