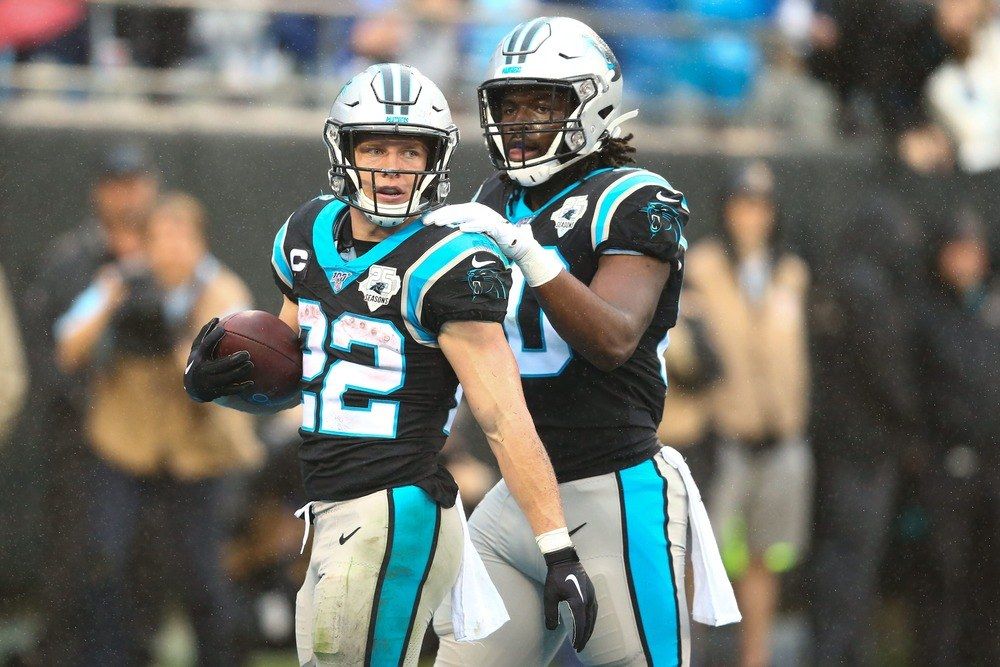 Since graduating from Davidson (The College That Stephen Curry Built), I have been writing about sports--just about any and all you can think of!--and coaching tennis in Atlanta, Ga. Beyond the four major sports, I am an avid tennis fan and cover the ATP Tour on a daily basis. If I'm not busy writing, you can generally find me on a tennis court or traveling the world wherever a sporting event takes me.
@Dimonator133
Updated: 9:30 AM ET August 12, 2021

The Hall of Fame Game officially kicked off the 2021 NFL preseason last Thursday, but now things heat up for real with a full slate of action this week. There are 16 games on the docket, with all 32 teams—including the Dallas Cowboys and Pittsburgh Steelers, who have already played—taking the field.

With the true arrival of football, it’s time to take a look at five storylines that must be followed throughout the preseason and into the regular 18-week schedule.

In addition to this breakdown, you can check out all of our latest NFL futures articles under our NFL news tab. It includes our bets on teams to either make or miss in the playoffs in both the AFC and NFC as well as our best bets on some of the early game lines posted for Week 1 through Week 17.

Aaron Rodgers has been the story of the offseason. Unsurprisingly, however, the 37-year-old is back with the Green Bay Packers. He may not be happy, but he also doesn’t have to be. Rodgers is a consummate professional who will likely continue to win lots of football games in spite of his mental state. It was announced earlier this week that the three-time MVP (and reigning MVP) will not play in any preseason games, which is also not surprising. Green Bay’s preseason should be relatively quiet as a result…which is just how the franchise will want it on the heels of the recent Rodgers circus. Week 1 against the New Orleans Saints on Sept. 12, though, will be must-watch television.

Starting quarterbacks generally don’t see a ton of action in the preseason—especially not in the first two games. Rookies, however, need the work. We are definitely going to get a look at Trevor Lawrence of the Jacksonville Jaguars, Zach Wilson of the New York Jets, Trey Lance of the San Francisco 49ers, and Mac Jones of the New England Patriots. Lawrence and Wilson are locks to start, while it’s hard to see Jones beating out Cam Newton in New England. The battle between Lance and 49ers veteran Jimmy Garoppolo could be fascinating to watch. And the Niners are a team that is expected to contend, so this QB controversy (if you can call it that) is especially important.

Okay, this really isn’t a comparison. It will be interesting to see how Stafford and Goff fare with their new teams following the blockbuster trade between the Los Angeles Rams and Detroit Lions, but we pretty much know the Rams are going to be good and the Lions are going to stink. Anything other than those scenarios would be a big surprise. The real question is: just how good are the Rams going to be? Starting running back Cam Akers is already out for the year with a torn Achilles, but Stafford still has plenty of weapons at his disposal and the Aaron Donald-led defense could be dominant. The former No. 1 overall pick may see more preseason playing time than other starting QBs as he tries to gel with his new team, so keep a close eye on L.A.’s trio of contests.

4. Comeback Player of the Year

As we mentioned in our Comeback Player of the Year piece, rarely have so many big names (and even a couple of bona fide stars) been in the running for Comeback Player of the Year. Dak Prescott, Saquon Barkley, Joe Burrow, Christian McCaffrey, Carson Wentz, Nick Bosa, Jameis Winston, Von Miller, and Odell Beckham Jr. are all among the favorites to win this award at the end of the season. A lot of these guys won’t see preseason action and some could even miss regular-season games. If any of the CPOY contenders do get on the field this month, however, it would definitely be wise to monitor their progress.

Unfortunately, there is no denying it: the Covid-19 pandemic continues to be a problem and there is no guarantee that the 2021 NFL season will go unscathed. It was a borderline miracle that every game last season was played in some way, shape, or form, albeit with plenty of schedule tweaking in order to do so. Hopefully there won’t be as much juggling required this time around. In fact, we already know there won’t be. Commissioner Roger Goodell isn’t going to do any juggling for any unvaccinated players who might cause their teams to be relegated to the sidelines. Such issues will now result in forfeits instead of postponements. That being said, there are far more players and staff who are vaccinated than there were last year (zero). So things should obviously be smoother in 2021. If we can get through the preseason without any issues, optimism for a fully successful regular season will increase.