NFL Draft Guide: How many rounds in the 2021 NFL Draft? 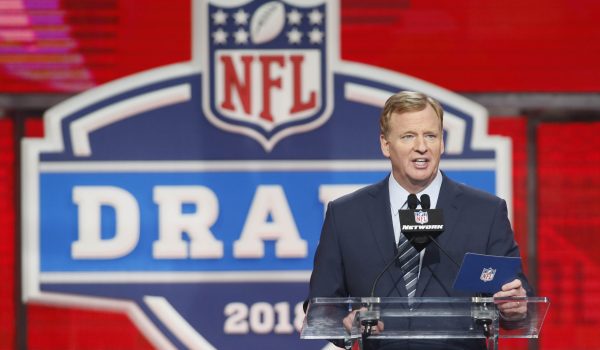 The 2021 NFL Draft consists of seven rounds. The annual event has featured this seven-round format each year since 1994.

However, just because there are seven rounds in each draft, it doesn’t mean 224 players (seven rounds x 32 teams) are selected each season. Each year, the NFL adds a number of “compensatory” picks between the third and seventh rounds. These extra selections are awarded to teams that signed fewer unrestricted free agents than they lost. While the exact compensatory-pick formula has never been revealed, it’s a combination of unrestricted free agent’s salary, playing time, and postseason accomplishments.

How many players get drafted?

Teams may also forfeit picks for a variety of reasons. One of the most common explanations for a forfeited pick is thanks to the Supplemental Draft. If an organization selects a player in this separate event, they’re required to give up the equivalent pick in the following year’s NFL Draft. Teams may also lose draft picks due to discipline. That is the case this year, with the New England Patriots and Minnesota Vikings both forfeiting a pick each.

The draft order is based on the team’s win-loss record in the regular season, with postseason success determining picks #20 through #32. Teams make a variety of trades throughout the draft, meaning the draft order today could look a whole lot different come draft day.

The 2021 NFL schedule is out, and the release unleashed a whole wave of betting…
View Article

NFL 3 days ago
2021 NFL schedule release: Brady back to New England in Week 4

The start of the 2021 NFL season is unfortunately still a few months away. However…
View Article