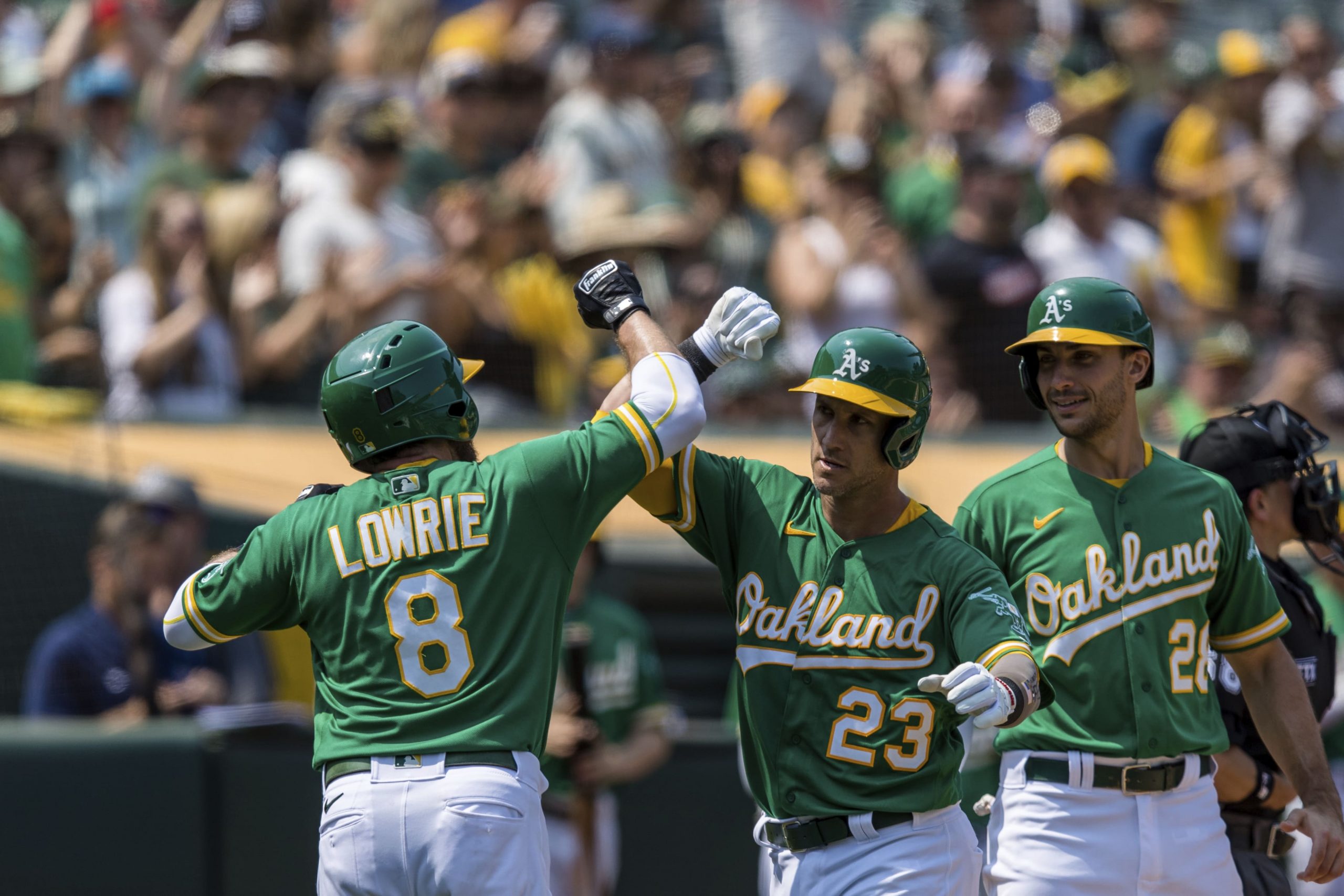 Moving along in the AL West, let’s analyze the Oakland Athletics.

Key players in: None

When the Athletics acquired Starling Marte, I expected to see a strong playoff push in the second half of the season. However, the opposite happened as Oakland went 34-36 after the all-star break and finished 6 games back in the AL Wild Card race.

Frankie Montas had a breakout season as the righty posted a 3.37 ERA with a 1.182 WHIP and finished 6th in the AL Cy Young vote. He was the silver lining of the Athletics’ mediocre season and Oakland will likely try to build around the emerging star as he is under contract for two more seasons. But with several key members of the Athletics lineup in free agency, we could see a very different team in 2022.

Is this the start of a rebuild in Oakland?

The Athletics will begin the 2022 season without their starting centerfielder Ramon Laureano since he is still serving an 80-game suspension for violation of PEDs. The suspension came as quite a surprise to Oakland, but nonetheless, he will be missing the first month of baseball.

As of now, Starling Marte, Mark Canha, Yan Gomes, and Josh Harrison have all signed with other teams for the 2022 season. That still leaves Andrew Chafin, Trevor Rosenthal, Michael Fiers, Jed Lowrie, Mitch Moreland, and more in free agency. Not only have the A’s lost three building blocks in their franchise, but they are likely to lose more as Oakland could be starting a rebuild. Playing in Oakland during a rebuild isn’t exactly a destination spot for free agents.

The A’s had their entire starting rotation intact until they traded Chris Bassitt to the Mets. Bassitt had an excellent 2021 season with a 3.15 ERA, but the righty missed about a month toward the end of the season due to being hit in the head by a line drive. That will likely move Montas into the role of ace and he will be followed by Sean Manaea, Cole Irvin, and James Kaprielian who just finished up his rookie season. Kaprielian, a former 1st-round pick by the Yankees, is a pitcher to keep an eye on as the 28-year-old displayed a solid arsenal in 2021 with above-average command.

Oakland is officially in a rebuild. The trade of Bassitt signaled that the A’s will be stocking up on prospects for the near future. That leaves a lot of uncertainty about what the 2022 Athletics lineup will look like and that’s the reason I’m staying away from any A’s futures bets. Unless they somehow persuade a star free agent or two to come to Oakland, it’s not their year. Stay away from the Athletics until their lineup becomes clearer.