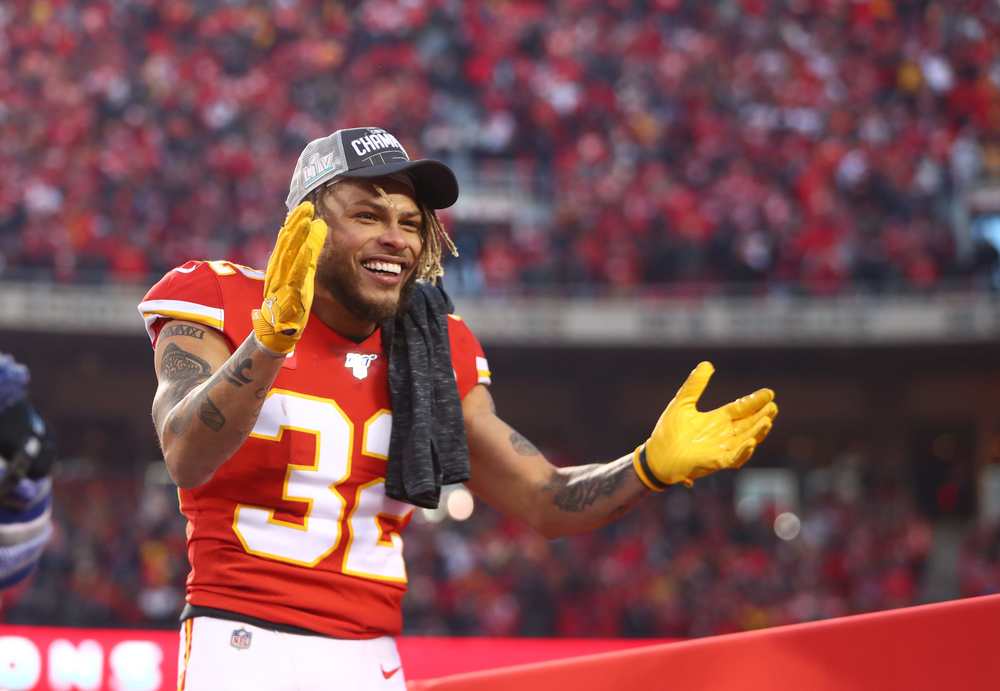 Super Bowl LIV between the Kansas City Chiefs and San Francisco 49ers (check out our free expert predictions) is not strictly a case of offense versus defense. If Kansas City ends up triumphing, you can’t automatically assume that wielding an unstoppable offense is the most important thing in football. If San Francisco prevails, that does not necessarily mean defense wins championships.

These are the two best teams in football, after all. To say neither one is one-dimensional would be a gross understatement. Both can play offense; both can play defense. Sure, one does one thing better and the other does the other thing better. But just as the 49ers are no slouch on the offensive side of the ball, the Chiefs are more than capable of getting defensive.

After analyzing the two offenses in an earlier piece, let’s take a look at what each squad brings to the table from a defensive standpoint.

Patrick Mahomes and the high-powered Chiefs offense snag most of the headlines, having averaged 379.2 yards and 28.2 points per game during the regular season. But their defense is a unit that, at the same time, generally puts the team in a position to win. Kansas City just barely missed finishing in the top half of the NFL in total defense (17th at 349.6 points per game). It finished an impressive eighth against the pass (221.4 ypg), while registering at No. 26 against the run (128.2 ypg). In other words, you can assume San Francisco’s run-heavy offense will not change much on Sunday—also because K.C. produced a respectable 45 sacks in the regular season (11th most). Meanwhile, the Chiefs finished tied for 10th with 23 takeaways and tied for fifth with 16 interceptions.

Defensive backs Tyrann Mathieu, Juan Thornhill, and Charvarius Ward will try to take advantage of what could be some rust shown by 49ers quarterback Jimmy Garoppolo. Not only has Garoppolo obviously had almost two full weeks off, but he also attempted just eight passes in the NFC Championship. Mathieu (four), Thornhill (three), and Ward (two), combined for nine interceptions in the regular season. Most importantly, though, linebackers Anthony Hitchens and Damien Wilson must contain a potent San Francisco rushing attack.

It’s apparent that barring some kind of massive early-game deficit the 49ers are going to keep the ball on the ground for the most part. The Chiefs may do the same—at least compared to their normal routine—given what San Francisco’s defense has to offer. During the regular season, the unit was the best against the pass by a country mile (169.2 ypg; New England was second at 180.4 ypg and Pittsburgh was third at 194.6 ypg). Against the run, the Niners ranked a more modest 17th in the NFL (112.6 ypg). Overall, this is second-best defense in the NFL (281.8 ypg).

How is the 49ers’ defense so good? Well, No. 2 overall pick Nick Bosa has made an instant impact as a rookie to the extent that this may be the best defensive line in football. Four different linemen delivered at least 6.5 sacks (Arik Armstead with 10, Bosa 9, DeForest Buckner 7.5, and Dee Ford 6.5). As a team, San Francisco tied for fifth in sacks (48), and getting consistent pressure on opposing quarterbacks has been a catalyst in forcing turnovers (sixth in the league with 27). Richard Sherman (three INTs) trying to limit Mahomes and Chiefs’ passing attack will be one of the Super Bowl’s big keys.

For more Super Bowl stats head to our Super Bowl Hub where you’ll find our expert Super Bowl Predictions, the latest Super Bowl Odds, and the handy work of our Supercomputer with its Super Bowl Computer Picks and player stats projections.