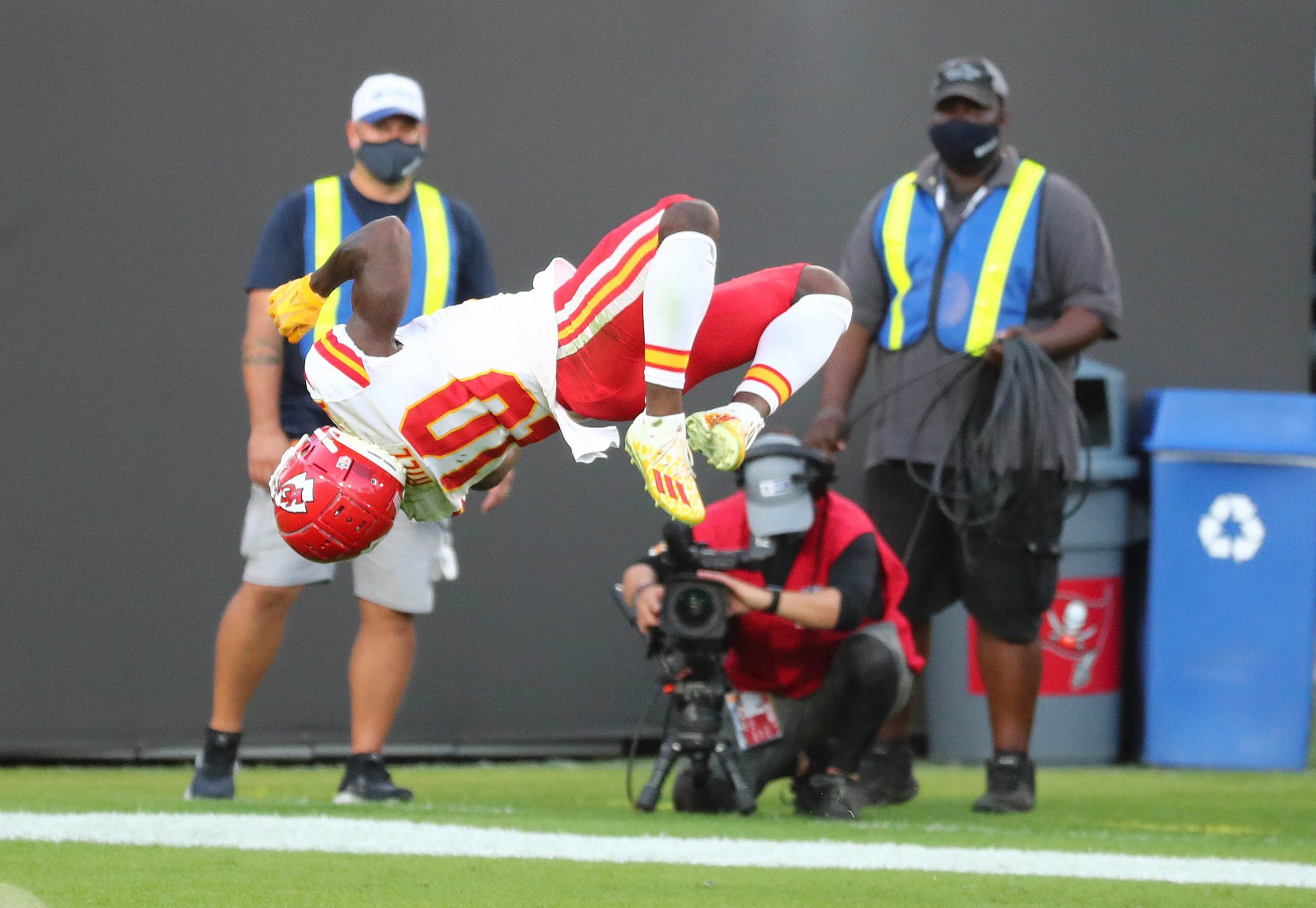 Ladies and gentlemen, this is it. Super Bowl 55 is upon us, and we are in for one hell of a treat as the Kansas City Chiefs travel to Raymond James Stadium to take on the Tampa Bay Buccaneers. Both teams have been lighting it up in the playoffs, and this should prove to be every bit as spectacular as it has been hyped up to be. Can Patrick Mahomes lead the Chiefs to back-t0-back Super Bowls? Or will Tom Brady win his seventh Vince Lombardi Trophy?

With such a high-stakes matchup, it is worth adding to the drama by betting a same game parlay. We’ve also got thoughts on the side and total for the Super Bowl, which you can find out in our full game preview.

Cameron Brate to score a touchdown (+250)

The benefit of same game parlays is that you can combine plays that correlate with each other, but you can also add slightly contradictory elements to give the odds a boost. I don’t think anyone can stop the Chiefs right now, and that they should be able to triumph over the Buccaneers. Tyreek Hill should be able to play a part in that, but by throwing in the under and a Cameron Brate score, these odds get a nice boost to over 37/1 with FanDuel Sportsbook. I took the same approach for the Bills vs. Chiefs AFC Championship game, and came within a whisker of cashing that one at 87/1. Fingers crossed we go one better here. Let’s break each of these plays down.

I’m amazed to see that this line is still as low as it is. The Chiefs absolutely crushed the Bills in the AFC Championship Game, and quite frankly I can’t see how any team would be capable of stopping Kansas City right now. Patrick Mahomes, Tyreek Hill, and Travis Kelce continue to dominate opposing defenses, and the Buccaneers aren’t exactly known for being stout defenders of the pass. Granted, nothing is guaranteed when it comes to the Super Bowl (just watch either game between the Patriots and Giants for proof on that), but I just can’t see how Tampa Bay will be able to keep up with Kansas City.

Tom Brady has had his struggles during the playoffs, including when he threw three interceptions against the Packers last week, and I think this Chiefs defense is vastly underrated. They did a tremendous job in coverage against the Bills last week and caused Josh Allen all kinds of problems. I expect more of that here and, all things considered, the Chiefs should win this one by a touchdown.

Picking the under in my Bills vs. Chiefs same game parlay is what cost me last time, but I’m sticking with it here. After all, 56.5 is a seriously high line considering neither defense is a slouch. As I just mentioned, the Chiefs defense has played really well so far in the playoffs, shutting down Allen and severely limiting the production of Baker Mayfield. Further, Brady hasn’t played nearly as well as he was at the end of the regular season and could be in for another tough night here.

Of course, it’s hard to come up with reasons to doubt the Chiefs’ offense, but the Bucs are renowned for their run defense and I’m sure defensive coordinator Todd Bowles will have used the past two weeks to come up with ways of limiting Mahomes’ production. This could very well wind up being a shootout and still not feature 57 points. It may send your nerves sky-high, but add the under to this same game parlay.

Let’s not make this any more complicated than it has to be. Earlier this season, Tyreek Hill posted 269 receiving yards and three touchdowns against the Buccaneers and has been phenomenal in the playoffs so far. In fairness, he hasn’t actually found the endzone in his last three games, but surely he’s due to find it again soon. The Bucs defense has already shown it can’t handle Hill, and even if Bowles opts to have him double covered he should still have a few opportunities to score a touchdown. He’s had 17 total receptions in his last two games, and should once again feature heavily in Kansas City’s offense. If the Chiefs do wind up scoring a bundle of points, bank on Hill to be responsible for at least six of them.

“Help is on the way!” — Tyreek Hill to a #Bucs fans as he hangs up the sideline phone. pic.twitter.com/nS9dIU0zOb

Cameron Brate to score a touchdown (+250)

Adding Cameron Brate to score a touchdown may seem like a bit of a wild card but I think it makes a lot of sense, especially at the odds available. The Chiefs defense allowed the seventh-most touchdowns to tight ends during the regular season (nine) and in the playoffs so far has struggled to contain Cleveland’s David Njoku and Buffalo’s Dawson Knox. Those two combined for 10 receptions across those two games and Brady has already shown during the playoffs he’s happy to throw the ball to Brate — the tight end has 11 receptions for 149 yards in the playoffs so far. He found the endzone against Green Bay last time and may serve as a good option for Brady to throw to if Gronk is covered. This one really bumps up the odds of our same game parlay and is worth taking a chance on.