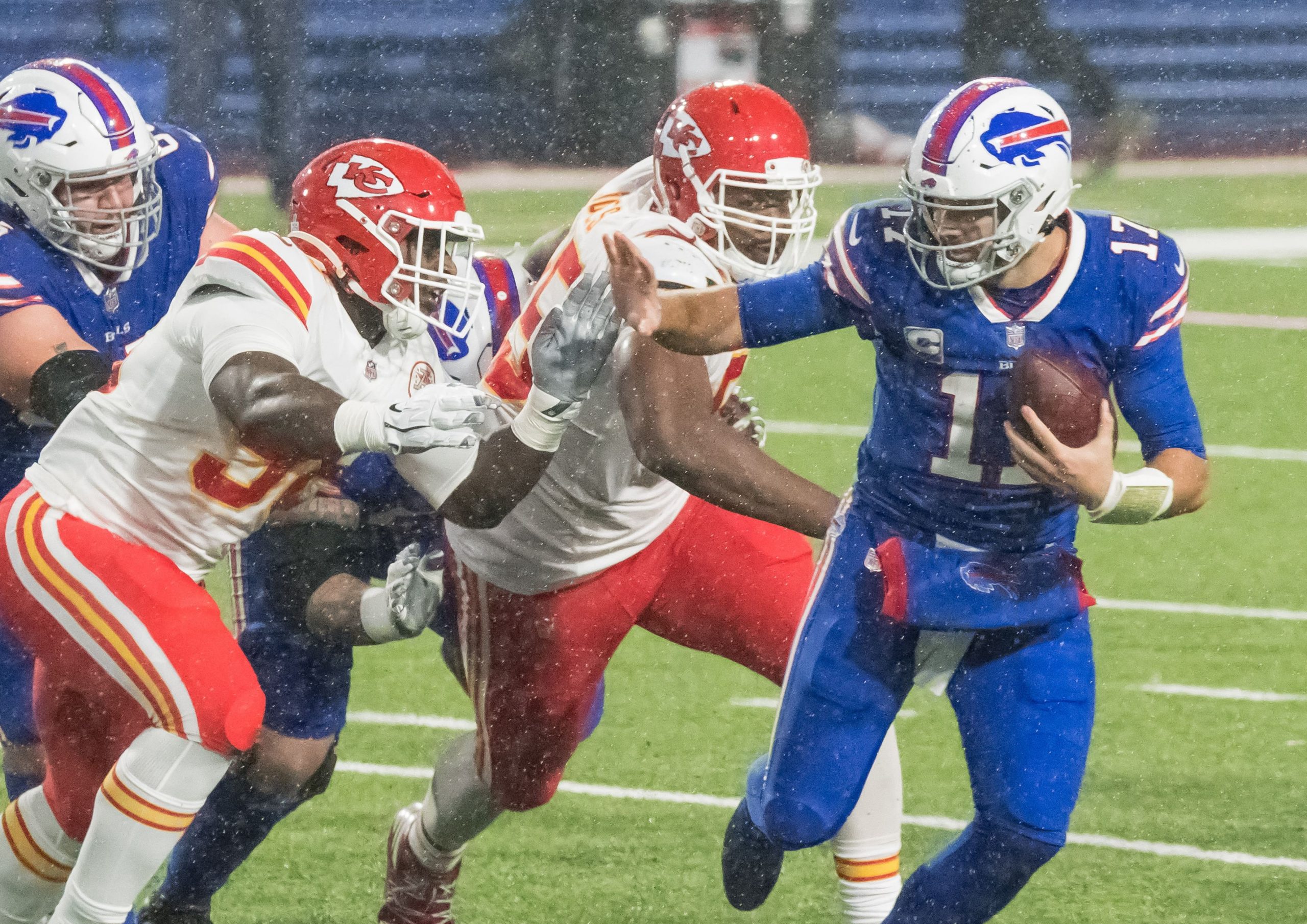 This is it, folks. The AFC Championship game is upon us, as the Buffalo Bills take on the Kansas City Chiefs to determine who heads to Raymond James Stadium to contest Super Bowl LV in two weeks. Both teams have been tremendous this year, and this should be a spectacular show. Can Buffalo reach their first Super Bowl in nearly three decades, or will Kansas City keep their dreams of back-to-back Vince Lombardi Trophies alive?

With such a high-stakes matchup, it is worth adding to the drama by betting a same game parlay. We’ve also got thoughts on the side and total for this one, which you can find out in our full game preview.

The benefit of same game parlays is that you can combine plays that correlate with each other, but you can also add slightly contradictory elements to give the odds a boost. I think the Chiefs do enough to advance here, regardless of whether Patrick Mahomes is able to suit up, and that there is value in taking the under on this sky-high total. By throwing in a Dawson Knox touchdown and Josh Allen having a solid rushing day, these odds boost to nearly 87/1 with FanDuel Sportsbook. Let’s break each of these plays down.

The big question mark at the moment is whether or not Patrick Mahomes suits up for the Chiefs. Regardless, I think it’s worth taking Kansas City to win this by at least a field goal. Both Tyreek Hill and Travis Kelce have been unstoppable this season, and even Chad Henne will be able to utilize those weapons. Buffalo gave up the second-most receiving yards to tight ends during the regular season, so look for another big day from Kelce.

When these two met earlier in the season, K.C. won 26-17 in a game that wasn’t nearly as close as the score suggests. They dominated Buffalo with their run game that day, so whether it’s Clyde Edwards-Helaire, Le’Veon Bell, or Darrel Williams, expect the Bills to struggle to contain this rampant Chiefs offense.

As mentioned above, just 43 points were scored the last time these teams faced off and I think it’s worth adding the under here, not only because it will have serious value if Henne does get the start. The Chiefs played at a steady pace against the Browns last week, with just seven possessions between the teams in the first half. K.C. scored on all four of their possessions, but mustered only 19 points. It’s not like the Bills were on fire offensively in their game either, as they managed just 10 points against the Ravens.

Sean McDermott will know the best chance Buffalo has of winning this game is keeping the Chiefs offense off the field. That means keeping the clock ticking. Plus, both defenses showed enough last week to suggest they can have success in keeping the opposing offenses somewhat quiet.

One way for Buffalo to keep the clock ticking and the Kansas City offense off the field is by running the ball. The Bills’ run game has been pretty poor in each of their playoff games so far, with no running back rushing for more than 25 yards. Allen did however have 11 carries for 54 yards and a touchdown against Indianapolis, and there’s a good chance he gets a few carries in this one. The Chiefs gave up an average of 4.5 yards per carry during the regular season (tied 12th-most in the league) and seeing as Allen has topped this number in three of his last five games, it is worth adding to this same game parlay. It’s also worth noting he had 42 rushing yards from eight carries when these teams played each other last October.

This is the real wild-card selection and the reason the odds are so high, but I think there’s a lot of value in it. For starters, Knox has scored four touchdowns in his last eight games for Buffalo. On top of that, he had at least four targets in Buffalo’s last five games of the regular season, and eight in the finale against Miami, so you know Allen likes to look for him. Admittedly he only had two receptions for 18 yards in last week’s win over Baltimore, but the wind was wreaking havoc that day and I think oddsmakers have reacted a little too much. Further, the Chiefs allowed the seventh-most touchdowns to tight ends during the regular season (nine) and last week struggled to contain Cleveland’s David Njoku. All things considered, this is a great play to bump our same game parlay odds up to an astronomical 86/1.