The best longshot bets for the NFL playoffs championship games 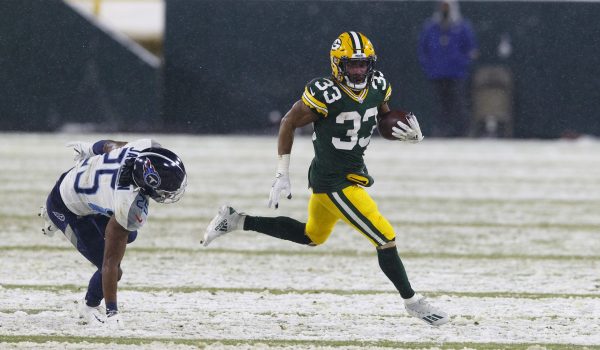 The NFL season is unfortunately winding down, but we’ve still got two great games this weekend before the Super Bowl. The AFC and NFC Championship Games both look very promising on paper. Aaron Rodgers vs. Tom Brady and Patrick Mahomes vs. Josh Allen, it doesn’t get much more exciting than that.

One of the only ways to make this weekend more exciting might be to throw a couple of wagers on some long-shots with potential big payouts. That’s what we’ll be looking at today, so without wasting anymore time let’s break down a couple of bold bets:

I think making a play on the Packers’ alternate spread here makes some sense. I’m not saying they’re definitely going to win this game in a blowout by any means, but there’s a very plausible scenario where they do. Including the playoffs, the Packers have won 14 games this season. Nine of those have been by at least 14 points, so if you think they’re going to win here there’s a very good chance they do it by multiple touchdowns.

They’ve got the league’s most efficient offense, and the elite upside they have is exactly what you’re looking for when laying this kind of number on an alternate spread. I also think there’s a good chance the January Lambeau weather comes as a shock to Tampa’s system, and causes them to lay a dud.

Jones had a bit of a down year for touchdowns during the regular season, but I think that was more of a fluke than anything else. Last year, Jones played in 18 games including the playoffs. He had at least two touchdowns in eight of them. That’s a 44 percent rate, which has me loving the fact that we can get +550 here. This game has a total in the 50s, so it’s not expected to be a defensive struggle. The Bucs allowed the most receptions to running backs of any team in the league this year, which increases our chances of getting a receiving touchdown here. This play also correlates strongly with the Packers winning by at least 14 if you’re feeling particularly bold and want to be them both.

If you’re not familiar with this type of bet, it means the Bills are winning at halftime but the Chiefs win the game in the end. I certainly see this scenario playing out more often than 1/8 times. We’ve often seen Andy Reid teams start slow in the playoffs, and with Buffalo’s pass-heavy attack it wouldn’t be at all surprising if they took an early lead. Kansas City’s offense still has the highest ceiling of any in the league, and they’re the perfect team to complete a comeback.

We’ve seen them do it plenty of times before, including in the playoffs. Remember how they got down 24-0 to the Texans in last year’s postseason? The team wasn’t even sweating at that point, knowing they could easily turn on the jets at any time and catch up. With Mahomes leaving last week’s game early due to the concussion protocol and also having a nagging foot injury, I could totally see Kansas City’s offense looking lackluster in the first half before Reid schemes up some magic in the second.

NFL 5 days ago
NFL Strength of Schedule: Who has the easiest and the toughest schedule in 2021?