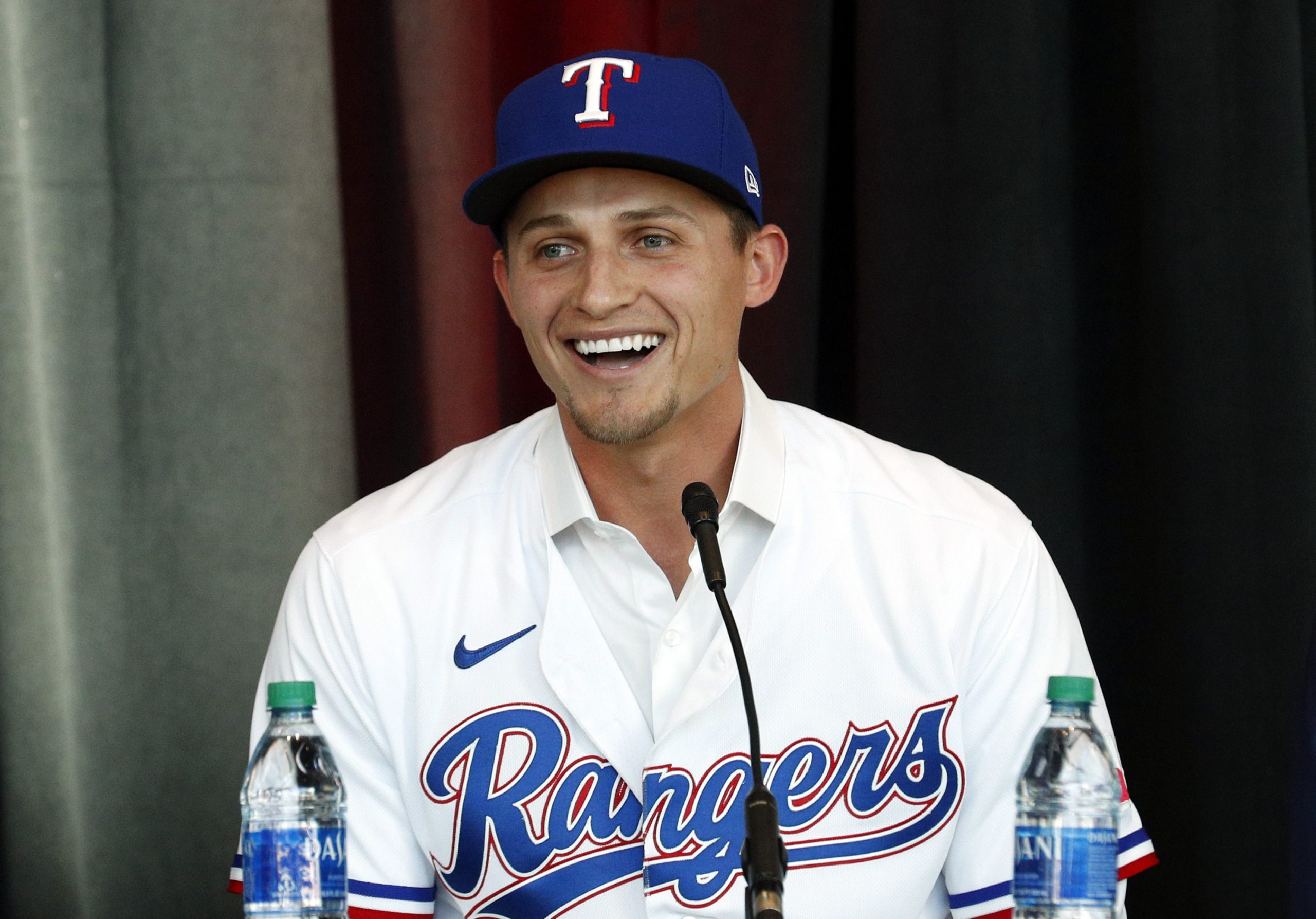 Finishing up in the AL West, let’s analyze the Texas Rangers.

Texas finished with the third fewest number of wins in 2021. They lacked talent at every position and were never a competitive ballclub at any point in the season. Their biggest weaknesses included their starting rotation, bullpen, and offense which is everything you need to win a baseball game. They also couldn’t seem to win on the road as they won just 24 of their 57 road games, the second fewest of any team.

It was the end of an era in Texas as the Rangers moved on from Joey Gallo at the trade deadline. The slugger hit for a .199 batting average and struck out a career-high 213 times, so it’s not the biggest loss to the Rangers lineup. Underperforming was a common theme for the Rangers in 2021 as rising star Adolis Garcia posted a .224 batting average after May, Isiah Kiner-Falefa had a poor first half of the season, and their starting rotation had the third-worst ERA in 2021.

2021 marked the fifth consecutive losing season for the Rangers.

$561.2 million. That’s the amount of money the Rangers committed to Corey Seager, Marcus Semien, Jon Gray, and Kole Calhoun. The massive spending was foreshadowed by Jon Daniels, Rangers president of baseball operations, announcing “We’re going to be discussing players in every category, every position, and every area of the market.” Essentially, the Rangers were prepared to out-bid any team for a player if Texas was interested.

Rangers fans should get used to seeing Seager and Semien up the middle as the two are the building blocks for Texas’ new era. Semien blasted 45 home runs while accumulating 102 RBIs in 2021 and the former MVP contender will be a perfect match for Seager who has regularly been one of the best hitting shortstops in the game. The two-time all-star has hit for a .295 average in six of his seven seasons with the Dodgers, so Seager brings an element of consistency that Texas had been lacking.

Texas got rid of Jordan Lyles which was the first step towards improving their starting rotation. Lyles was downright terrible in 2021 as he posted a 5.15 ERA in 30 starts, but thankfully for the Rangers his two-year stint with the team is over. The addition of Gray is huge for Texas as the team has been in desperate need of quality veteran pitching. Considering Gray pitched 14 of his 29 starts in the most hitter-friendly park in the league, his 3.95 xERA is incredibly impressive.

The top four of the Rangers lineup will be deadly, but the talent drops off drastically after that. Garcia will likely be in the four-hole which means he will be followed by Jonah Heim, Nathaniel Lowe, Nick Solak, and more. No disrespect to those three players, but they make up a below-average bottom half of the Texas order. The Rangers will be better than they were in 2021, but nowhere near a championship contending team. Stay away from Texas in 2021.