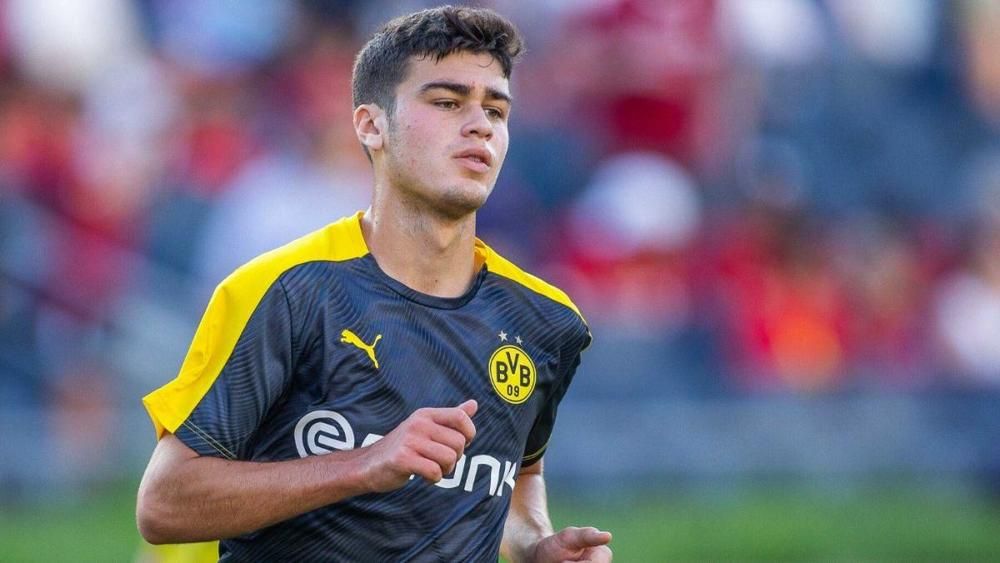 With the Bundesliga soccer league returning from a two-month pause due to the coronavirus, it’s time to freshen up on who is representing the United States in Germany. There are loads of American players currently playing in the Bundesliga as the list below will take a look at the top 5 current soccer players from the states. Usually, young American prospects will head overseas to jump-start their career and learn from the masters as these five players below fit that mold. Before checking out the athletes below, make sure to browse over our free Soccer picks which include Bundesliga predictions! Here are the top five American players currently playing in the Bundesliga.

Meet Gio Reyna. One of the most impressive soccer players since Pulisic as Reyna brings the same energy and skill. He has quickly made a name for himself over in the Bundesliga which included a huge goal in a German Cup Match and several important moments during the Champions League. A friendly reminder to everyone that this soccer player is only 17 years old. He is also the son of USMNT legend Claudio Reyna as he will surely hold the same type of performance in his career. He was supposed to start in his first game with Borussia on Saturday but hurt himself during warmups.

The 21-year old star is looking to continue his experience in the Bundesliga as he will be hitting his 100th game played this regular season. He is a very talented midfielder that has the potential to also fall back and be the core of the defense. He is one of the most consistent players coming out of the states and it shows as he has scored several times in matches including the Champions League. Weston McKennie will continue to grow playing in the Bundesliga and might even take his talents to the Premier League.

The only goalkeeper on the list comes in with Zack Steffen. The 25-year old is a regular starter for the club while on loan from Manchester City. He has the full potential to even come back to City and be the backup goalkeeper behind Ederson, but a huge injury might set him back. He’s currently sidelined with an MCL injury that might take him out until June. Steffen is the top USMNT goalkeeper and should be able to keep the United States in a lot of close games down the road.

I’ve wanted to rank Tyler Adams higher on this list, but injuries have sent him back a bit. On the positive note, Adams is with an excellent club with RB Leipzig and will be happy there for a long time. He’s played in 13 games with the team and is pushing to become a regular starter soon. Even though USMNT manager Gregg Berhalter plays him at right-back, he shines being a defensive midfielder and can be the dark horse on a breakaway on offense.

In the number five spot is Josh Sargent playing for Werder Bremen. Sargent is best known for becoming the youngest U.S. player to score at the FIFA U-20 World Cup. At the moment, Sargent has appeared in ten goals for Bremen and has two goals to his name. Unfortunately, his club might be demoted into the second division so he might not get the national attention the top four American players are currently getting. However, the rest of the season should be bright for Sargent as it’s do or die for the club to stay afloat.