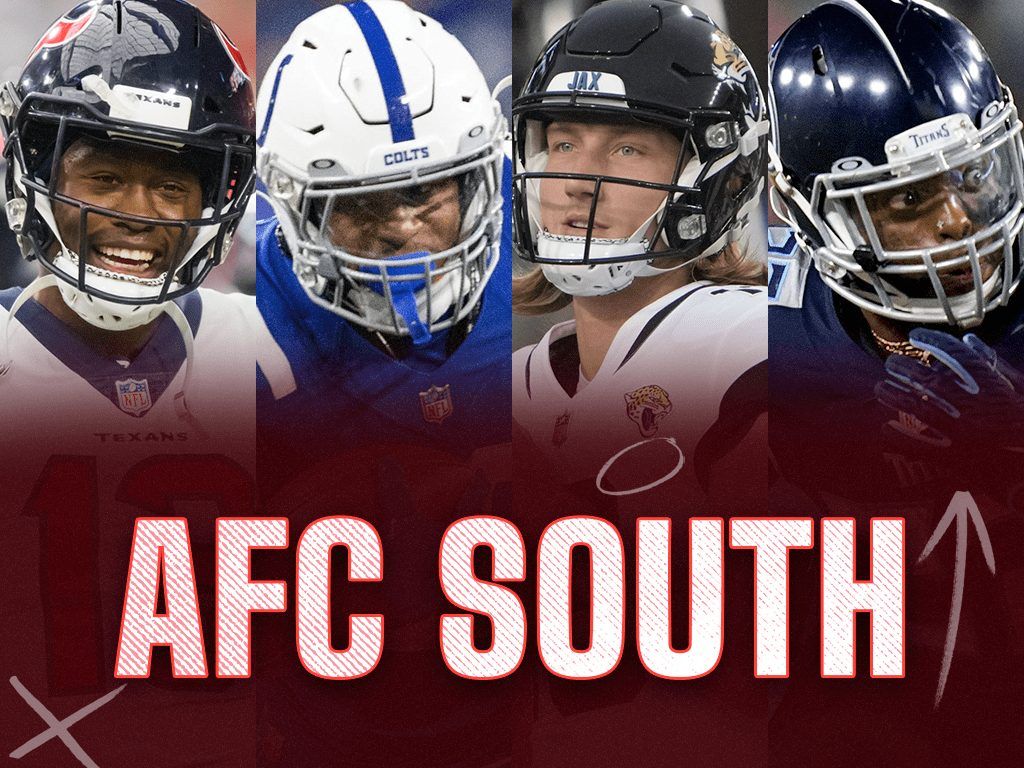 With the 2022 season only one month away, we have been analyzing pretty much every aspect of NFL futures betting. The ultimate goal for all 32 teams, of course, is the Lombardi Trophy. However, for now it’s time to break things down division by division – in this case the AFC South. This follows our previews for all 32 NFL teams.

With the Houston Texans and Jacksonville Jaguars having been among the laughingstocks in the NFL during recent years, the AFC South spoils have been left to the Tennessee Titans on two consecutive occasions. The Indianapolis Colts are actually enduring the longest drought in this division (they last won it in 2014), but they have been .500 or better five times since then and have earned wild-card berths twice. To say that Indianapolis is relevant – at least to a greater extent than Houston and Jacksonville – would be an understatement. Although the AFC South is by no means the most intriguing division in football, a likely two-way battle for the top spot could be intriguing.

But before dive into this one specific division, check out all of our 2022 NFL futures content in the NFL tab. It includes our picks for the Super Bowl, AFC, NFC, MVP, Defensive Player of the Year, Comeback Player of the Year and Coach of the Year.

Don’t be fooled by the fact that the Colts have the longest title drought of anyone in their division. They consistently hang around in both division-title contention and the playoff discussion, and this year could be when they get over the hump. For one, it probably won’t take much to come out on top of the AFC South. This is without question one of the weakest divisions in football. Moreover, Indianapolis is good. Matt Ryan is taking over under center and even though his prime is past he is a proven winner. Ryan won’t be asked to do too much, either, as 2021 rushing champion Johnathan Taylor will shoulder the offensive load. With what should be a stout defense to boot, expectations are high for Indy this year.

The Titans have captured the division title in back-to-back seasons, even snagging the No. 1 seed in the entire AFC last year (despite compiling a relatively unspectacular 12-5 record). Can they maintain their stranglehold on the AFC in 2022? Derrick Henry staying healthy – which did not happen this past season – would go a long way in that effort. That is one of many things that may have to go right in Tennessee if it wants to hold off Indianapolis. Head coach Mike Vrabel’s squad went 6-1 in game decided by no more than three points in 2021, so their record easily could have been worse than it was and it’s hard to see this team – or any team – compiling such an impressive record in close games. AJ Brown is gone along with fellow receiver Julio Jones, so there is going to be pressure on QB Ryan Tannehill to step up.

Fortunately for the Jaguars, the Urban Meyer era did not last long. Meyer got canned in the middle of last season and now Doug Pederson is in as head coach. Pederson is a Super Bowl winner and will command the respect of the locker room, much unlike his predecessor. Although the new boss does not have a ton to work with, Jacksonville’s roster does boast some encouraging parts.

QB Trevor Lawrence was the No. 1 overall pick in the 2021 NFL Draft and RB Travis Etienne should be healthy after missing all of the 2021 campaign because of a foot injury. Five of this year’s draft picks play on the defensive side of the ball, including top overall selection Travon Walker. The schedule is not easy in the early stages of the year, but this young team should get things going under its new head coach at some point in 2022.

The Texans will have to be a lot better than they were in 2020 and 2021 if they want to contend for a division title – even in one as bad as the AFC South. After all, records of 4-12 and 4-13 certainly isn’t going to cut it. And the chances of Houston being a lot better are not good; in fact, this team might even be worse. The Texans have underdone yet another coaching change and although Lovie Smith is a big name nothing about his head-coaching track record is encouraging aside from three playoff appearances with the Chicago Bears (out of nine season there). Davis Mills at least has some experience at QB, but he does not look like a long-term answer. Unless rookie CB Derek Stingley becomes an immediate star, the defense will likely struggle. It could be another long year in H-Town.

Even at minus money, Indianapolis is a good value play to win the AFC South. Houston and Jacksonville can pretty much be discounted, so this amounts to an Indy-Tennessee head-to-head battle. In all likelihood, this is a case of one team being on the way up and the other being on the way down. Yes, it’s the Colts who are trending upward. Give me Ryan and Taylor all day long over anything else an AFC South team can put on the table. A Super Bowl may be too much to expect, but a title in a light division is well within reach for Indianapolis.