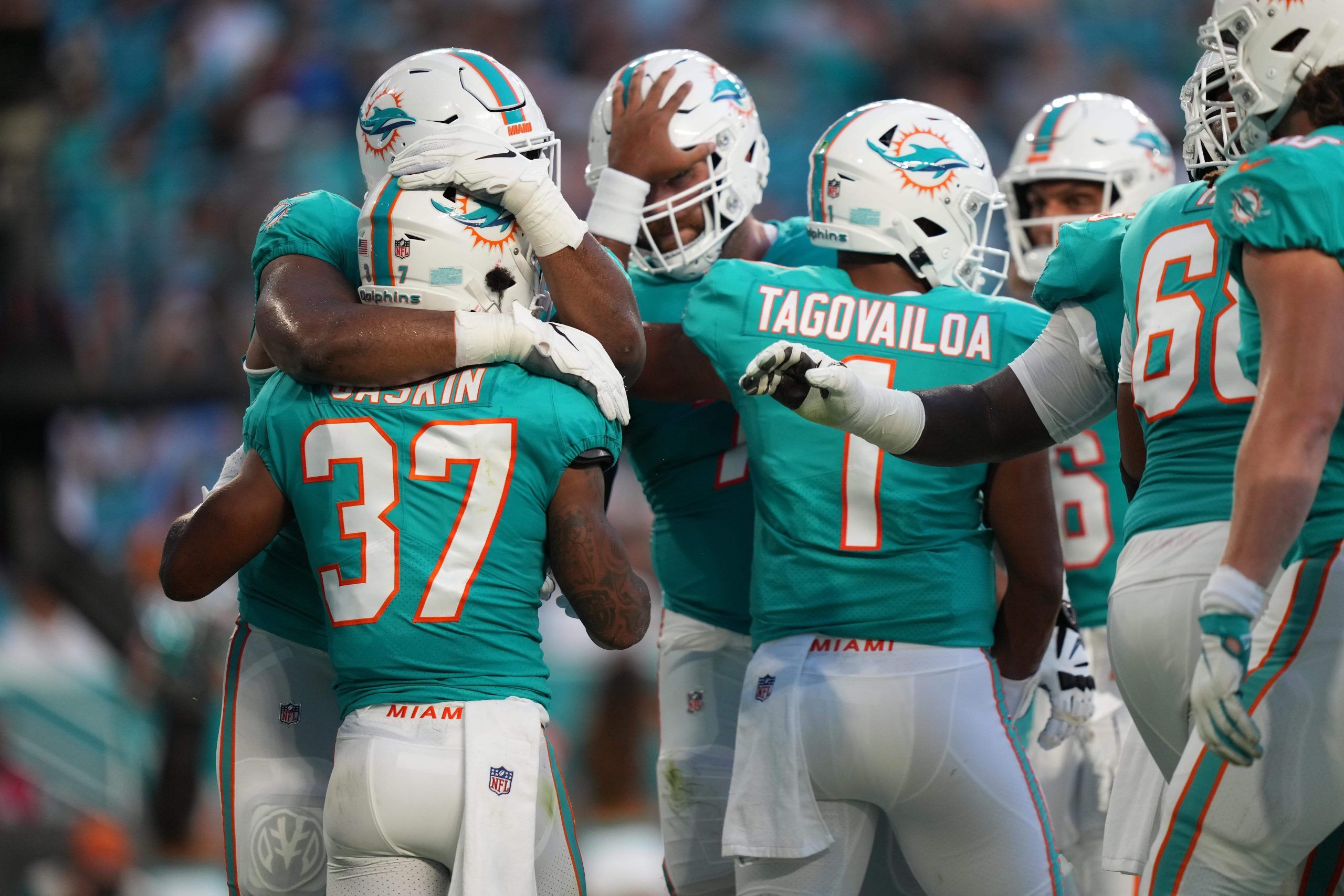 The AFC East could prove to be one of the most competitive divisions in the NFL this season with three of the four teams liking their chances to come out on top. The Buffalo Bills made it to the AFC Championship game last season and will be optimistic of another deep run in the playoffs, while the Miami Dolphins will be aiming to make it to the postseason after missing out following a crushing defeat to the Bills in Week 17.

The New England Patriots went uncharacteristically wild in free agency and mastermind head coach Bill Belichick is looking for his team to bounce back after last year’s disappointing 7-9 record. The New York Jets went 2-14 last year and will just want to see progress being made under new head coach Robert Saleh and rookie quarterback Zach Wilson.

But for now, let’s break down the AFC East.

The Bills stormed their way to the AFC Championship game last season with quarterback Josh Allen showing serious improvement on what he’d done in previous years. Buffalo will no doubt be eyeing up a similar effort in 2021 and the addition of Emmanuel Sanders at wide-out could be what gets them there. Although it would not be a major surprise if this Bills team continued decimating opponents, some regression from Allen is likely and they could find things tougher this year with each of their divisional rivals upping their game.

Brian Flores has worked wonders with the Dolphins and they should continue their remarkably quick progress from a team in disarray to playoff contenders. Flores was given a team built to lose in 2019 and still got five wins out of them, and last season took them to a 10-6 record and on the verge of the postseason, all while dealing with quarterback issues. Tua Tagovailoa failed to deliver toward the end of last year but if the young quarterback can live up to his potential then the sky could be the limit for this team, which already boasts a ferocious defense.

Don’t forget to check out our NFC West division preview, which includes a +200 best bet

Bill Belichick went against his usual mantra as the Patriots went wild in free agency, but that may not result in a quick return to the bigtime. New England went 7-9 last season and missed the playoffs, and although they have brought in some great talent, including tight ends Hunter Henry and Jonnu Smith, they still seem to lack a cutting edge to make a push for the postseason. How quarterbacks Cam Newton and Mac Jones perform will be crucial to whether this year is a success or not, but overall the Patriots look likely to continue their decline rather than make a quick return to the playoffs.

Last year was a miserable one for the Jets, as they went 2-14 and even messed up getting the first pick of the NFL draft. However, there is reason for hope in New York under new head coach Robert Saleh, with rookie QB Zach Wilson showing plenty of promise in preseason. A season-ending injury to new defensive end Carl Lawson was a serious blow and it is going to take a lot for this Jets team to really change their fortunes from what happened in 2020. While they should improve, they are highly unlikely to be competing for the AFC East title or a spot in the playoffs.

Anyone taking a jab at him for offensive ROY (+1000) 🏆pic.twitter.com/RWiWSbZ3of

Oddsmakers seem to be predicting a relatively comfortable division win for Buffalo this season, but the Dolphins pose terrific value at +350. Miami went 9-3 in their final 12 games of last season and two of those defeats were within a score (one was against the Chiefs). This team has been on the rise for the past two years and the addition of Jaylen Waddle at wide receiver should give Tua Tagovailoa every chance of success after he looked a little ropey last year. Only two teams in the AFC allowed fewer points than Miami last season, and their cornerback pairing of Byron Jones and Xavien Howard remains one of the most ferocious duos in the league.

The Bills are likely to be pushing the Dolphins every step of the way, but they still have questions to answer regarding sustainability, and their run-game will need to show some improvement. As for the Patriots, issues at quarterback will likely be why they struggle to win the division, but they should still be capable of securing a couple of big scalps. Miami finished three wins behind Buffalo last year but the Dolphins have a lot more upside this year as far as improvement goes, and look a great bet to earn their first AFC East title since 2008.