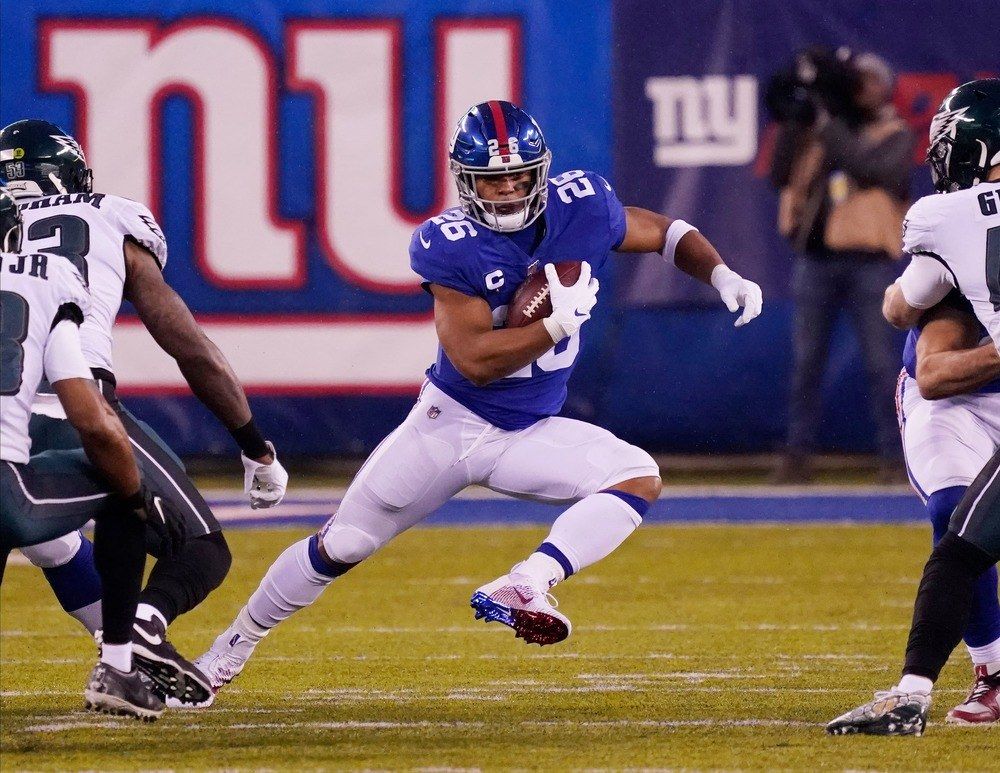 Since graduating from Davidson (The College That Stephen Curry Built), I have been writing about sports--just about any and all you can think of!--and coaching tennis in Atlanta, Ga. Beyond the four major sports, I am an avid tennis fan and cover the ATP Tour on a daily basis. If I'm not busy writing, you can generally find me on a tennis court or traveling the world wherever a sporting event takes me.
@Dimonator133
Updated: 7:03 AM ET August 26, 2021

The NFC East is often the worst division in football, and last year it was historically bad. There is no guarantee that it will be any different this time around, either. Neither the Dallas Cowboys, the Washington Football Team, the New York Giants, nor the Philadelphia Eagles are expected to be serious Super Bowl contenders in 2021-22.

Of course, someone has to win the division. Last season it was Washington, despite compiling a thoroughly unspectacular 7-9 record. New York and Dallas came in one game behind at 6-10, while Philadelphia was last at 4-11-1. Who will back their way into a division title a few months from now? Or will one of these teams actually deserve to make the playoffs? Let’s break down the NFC East.

If you’re looking for more in-depth analysis and futures picks ahead of the 2021 NFL season, be sure to check out our predictions for who wins Super Bowl 56, as well as our assessment of which three teams will improve dramatically this year, and which teams will regress. As for individuals, we have also taken a look at the main player markets — including MVP and Offensive Rookie of the Year.

Dallas has gone two straight years without compiling a winning record and it has not played in the NFC Championship since the 1995 season. The Cowboys had realistic aspirations to contend in 2020, but Dak Prescott going down all but ended those ideas. Owner Jerry Jones and head coach Mike McCarthy are hoping a healthy Prescott and new defensive coordinator Dan Quinn will make for improvement on both sides of the ball. The Cowboys have the most talent in this division, but talent doesn’t always win out — especially not in the chaos that is the NFC East.

A record of 7-9 was good enough for the Football Team to secure the NFC East crown. They played the eventual Super Bowl champion Tampa Bay Buccaneers tough in round one of the playoffs, too. That gives Washington some momentum heading into 2021. Ryan Fitzpatrick should be able to stabilize the quarterback position and a Chase Young-led defense is on the rise. Head coach Ron Rivera finally has this franchise going in the right direction.

A 6-10 record is never going to be confused with being good, but it certainly wasn’t bad under the circumstances. The Giants were not expected to be serious contenders to begin with, and they lost Saquon Barkley right away due to a torn ACL. Nonetheless, they managed to give themselves a shot at the NFC East title all the way until the final Sunday. Now that QB Daniel Jones has some more weapons in receivers Kenny Golladay and Kadarius Toney, New York should be in the division mix once again.

It was the end of an era for Philadelphia in 2020, and it did not end well. Doug Pederson was relieved of his coaching duties following a 4-11-1 effort and Carson Wentz has taken his talents (and his injury woes) to Indianapolis. Nick Sirianni is in as head coach, and to say the jury is still out on him would be a gross understatement. Speaking of unproven commodities, Jalen Hurts is set to take over as starting QB. The Eagles are without question in full-on rebuilding mode.

As usual, Dallas is a considerable favorite to win the division. It is true that the ‘Boys boast the best roster, but the bottom line is that the public likes hammering America’s Team regardless of the on-field product. The odds are driven up higher than they should be; the Cowboys have no business being an overwhelming favorite to take the NFC East title. They aren’t great, and the Giants and WFT are not bad. There is plenty of value on both of those two challengers, and with New York at longer +450 odds that is the way to go.

The Giants’ overall outlook hinges on Barkley’s health, and as of August 24, there is a chance he will be ready for Week 1 of the regular season. With Jones, Barkley, and Golladay leading the offense plus a defense that ranked 12th in the NFL in 2020 and is largely intact, there is a lot to like about the G-Men — especially at relatively long odds. And, of course, what you have to like the most is the relative lack of competition. Philadelphia will likely be the worst team in the division by an even wider margin than the odds would suggest. Dallas and Washington cannot be discounted, but New York +450 should be the play.

Don’t forget to check out our NFC West division preview, which includes a +200 best bet