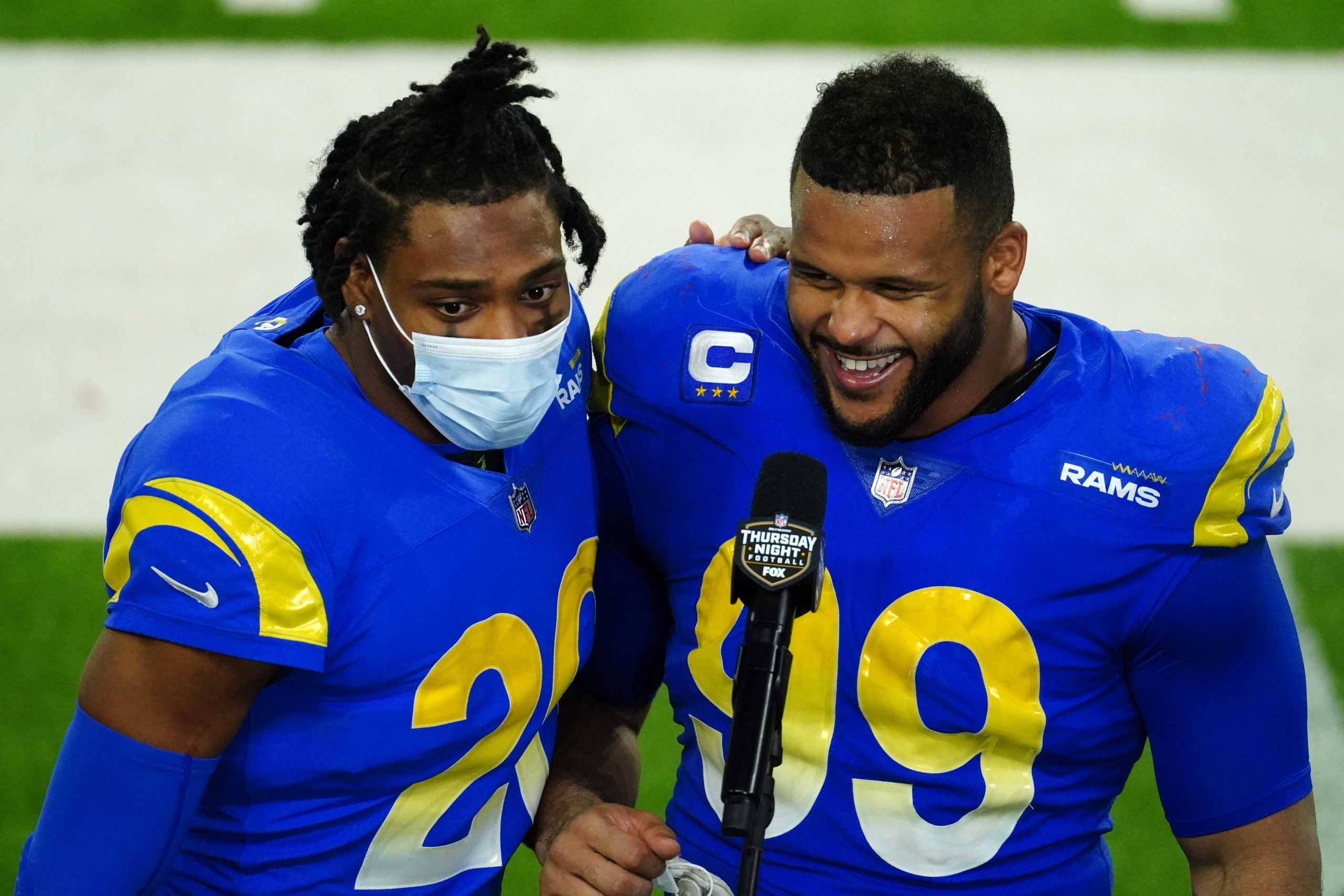 I'm an editor here at Pickswise who was raised in a household full of sports fanatics. Since I unfortunately never had LeBron James' jumping ability I wasn't able to make it to the NBA, and chose writing about sports as the next best thing. An avid sports bettor myself, I'm excited to get to write about the industry as it gets set to take off across the country. Buckle up.
Updated: 7:03 AM ET August 26, 2021

The NFC West is widely expected to be the best division in football in 2021. All four of its teams have legitimate playoff aspirations. The Seattle Seahawks and Los Angeles Rams both made the postseason, the Arizona Cardinals came up just a hair short, and the San Francisco 49ers likely only missed out because of injuries.

The 49ers made the Super Bowl two seasons ago, but went just 6-10 last year as they dealt with a string of health issues. Seattle went 12-4 and they’re the reigning division champs, yet oddsmakers have them as the third-most likely team to win it in 2021. Los Angeles made a big splash by adding Matthew Stafford, and Arizona added some big-name veterans as well in JJ Watt and AJ Green.

But for now, let’s break down the NFC West.

Health, or the lack thereof, was the story of the 49ers’ 2020 season. San Francisco was on the cusp of a championship the year before, and they’re looking to get back to their old heights in 2021. It’s rare to see a team go 6-10 and then have the lowest odds to win their division the following year, but that’s how unusual this 49ers situation is. Just about everybody agrees they’re a lot better than their 2020 record suggests. The big story of this season is going to be Trey Lance vs Jimmy Garoppolo. With quarterback drama looming and some uncertainty in the secondary, I’m not quite as sure as everyone else that 2021 will be smooth sailing.

Trey Lance with his second TD on the night 👀

The Rams are pretty much neck and neck with the 49ers in terms of futures odds among NFC West teams. Los Angeles was quiet in free agency, electing to make their big splashes through trades. They pulled off a true blockbuster in acquiring Matthew Stafford from the Lions, and just this week traded for running back Sony Michel. They once again didn’t have a first-round pick due to trades, so receiver Tutu Atwell was their first pick at number 57. Just how good of an offensive mind is head coach Sean McVay? We’re about to find out, since any potential struggles can’t be blamed on Jared Goff any longer. Stafford is in the best situation of his career, and the defense has major star power in Aaron Donald and Jalen Ramsey.

The Seahawks went 12-4 and won the NFC West by two games, yet find themselves third in the futures market pecking order behind the 49ers and Rams. What gives? Well for starters, San Francisco and Los Angeles are each expected to get a lot better. While every other team in the NFC West made some big splashes this offseason, Seattle mostly stood pat other than trading for guard Gabe Jackson. There was a lot of drama surrounding Russell Wilson this offseason, although things seem to have been patched over. The Seahawks also had only one pick in the first three rounds of the draft, so there aren’t many obvious areas for improvement.

Bringing up the rear in the division is Arizona. The Cardinals have a pretty impressive roster for a team expected to finish last in their division. That just goes to show how brutal the NFC West is. The Cards were aggressive in building out the team around QB Kyler Murray, giving him an extra weapon in AJ Green while signing JJ Watt to bolster the pass-rush. Fellow star pass-rusher Chandler Jones isn’t happy with his contract, which threatens to disrupt things. The pressure is on Kliff Kingsbury to deliver this year, and he has his work cut out for him.

The Rams are getting a lot of hype after trading for Stafford, and it’s well-deserved. A bet at +200 only has to cash 33% of the time to be profitable, and Los Angeles surely has a better than 1/3 chance of winning the division. The Seahawks did virtually nothing to upgrade their roster, and Wilson made it clear this offseason he isn’t too happy with the situation around him. Seattle’s defense was already shaky in the secondary, and then they let top corner Shaquill Griffin walk in free agency.

Everyone is just assuming the 49ers will bounce back to their old level, but that may be misguided. We’re not even sure who is going to be starting at quarterback for them a month from now. If it’s Garoppolo, their ceiling is capped. If it’s Lance, they’ve got a rookie who played only one college game last year. I don’t see him beating out McVay and Stafford for the division. Kyle Shanahan can only work so much magic. Stafford isn’t just an upgrade from Goff, he’s a dramatic upgrade. It wouldn’t surprise me if the Rams win the NFC West with relative ease.