Co-founder of Pickswise. A fan of all sports with a passion for the NFL and Premier League soccer. An avid sports bettor who loves fading the public, taking ugly dogs, and the under. Go Pack Go!
@jakethepunter
Updated: 8:10 AM ET August 27, 2021

The NFC North was the focal point for a lot of offseason drama surrounding quarterback Aaron Rodgers’ future. Super Bowl odds and regular-season win totals were bouncing around with trade and retirement speculation. That looks to now be resolved at least until the end of the year anyway, and the Packers are the -145 betting favorite to claim a third successive NFC North title.

Green Bay has dominated the division since Rodgers’ return from injury in 2019. They’ve cruised to back-to-back division titles with 13-3 records in each of the last two seasons and are 9-1 in the last 10 games against bitter rivals the Chicago Bears. There is huge optimism in Chicago this offseason after drafting quarterback Justin Fields. They will be looking for him to give this offense the spark that it needs if they are to challenge for the division title. With another potential star quarterback joining the division, the Minnesota Vikings decided they needed to do something about stopping them and added 11 defensive free agents. Head coach Mike Zimmer will have time to work his magic and return this defense to 2019 levels with a full offseason. As for the Detroit Lions, the Matt Patricia era is over, and 2021 can’t get any worse.

If you’re looking for more in-depth analysis and futures picks ahead of the 2021 NFL season, be sure to check out our predictions for who wins Super Bowl 56, as well as our assessment of which three teams will improve dramatically this year and which teams could regress. As for individuals, we’ve also taken a look at the main player markets, including MVP and Offensive Rookie of the Year.

For now, let’s break down the race to win the NFC North.

The Packers are now 26-6 over the past two seasons and have lost the NFC Championship in back-to-back seasons. Quarterback Aaron Rodgers is coming off the best season of his career after posting the third-highest quarterback rating ever. They addressed key holes on their roster in the draft by adding speedy cornerback Eric Stokes and getting Rodgers another weapon with wide receiver Amari Rodgers. The Packers front office tried to fix their relationship with Rodgers during the offseason by giving him more say in personnel decisions, which led to the trade for old friend Randall Cobb. The Packers will face a much tougher schedule of opposing defenses this year, but with Rodgers under center, this team is a Super Bowl contender once again. 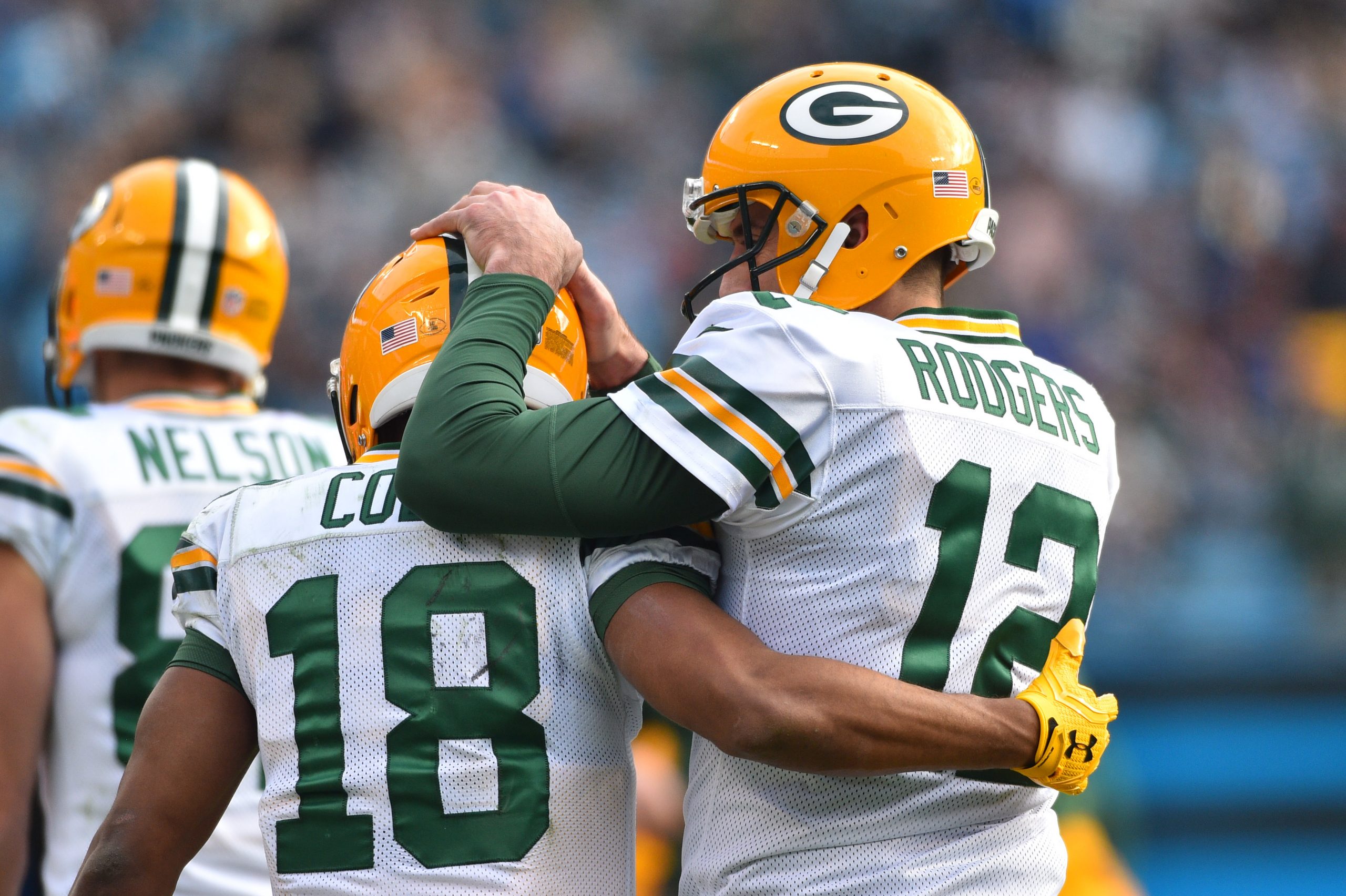 Although the Vikings finished 2020 with a 7-9 record, there were many positives to take from the season. Despite losing their offensive coordinator Kevin Stefanski and stud wide receiver Stefon Diggs, the offense graded out as the 10th-most efficient. The defense was plagued with injuries and still finished 18th in defensive efficiency against the fourth-toughest schedule of opposing offenses. Danielle Hunter missed the entire season, Anthony Barr and Eric Kendricks missed a combined 19 games, and run stuffer Michael Pierce opted out due to COVID. With a healthy roster and key free agency additions like Dalvin Tomlinson, Patrick Peterson, and Bashaud Breeland, expect this Vikings team to challenge for the division title.

Don’t forget to check out our AFC North division preview, which includes a +155 best bet!

The Bears were a surprise playoff team last year with an 8-8 record, and they head into the 2021 season with two new quarterbacks on their roster. There’s real excitement surrounding Fields, and rightly so. He is one of 3 college quarterbacks who have had 2 seasons where they ranked in the top 15 in QBR since 2004. Whoever is under center won’t have it easy, though. The Bears’ schedule is brutal. They face the sixth-toughest based on regular-season win totals. The defense will face the second-toughest schedule of opposing offenses, including eight offenses that ranked in the top 11 for offensive EPA per play last year. Fields may bring long-term success back to the Windy City, but 2021 may be too soon. 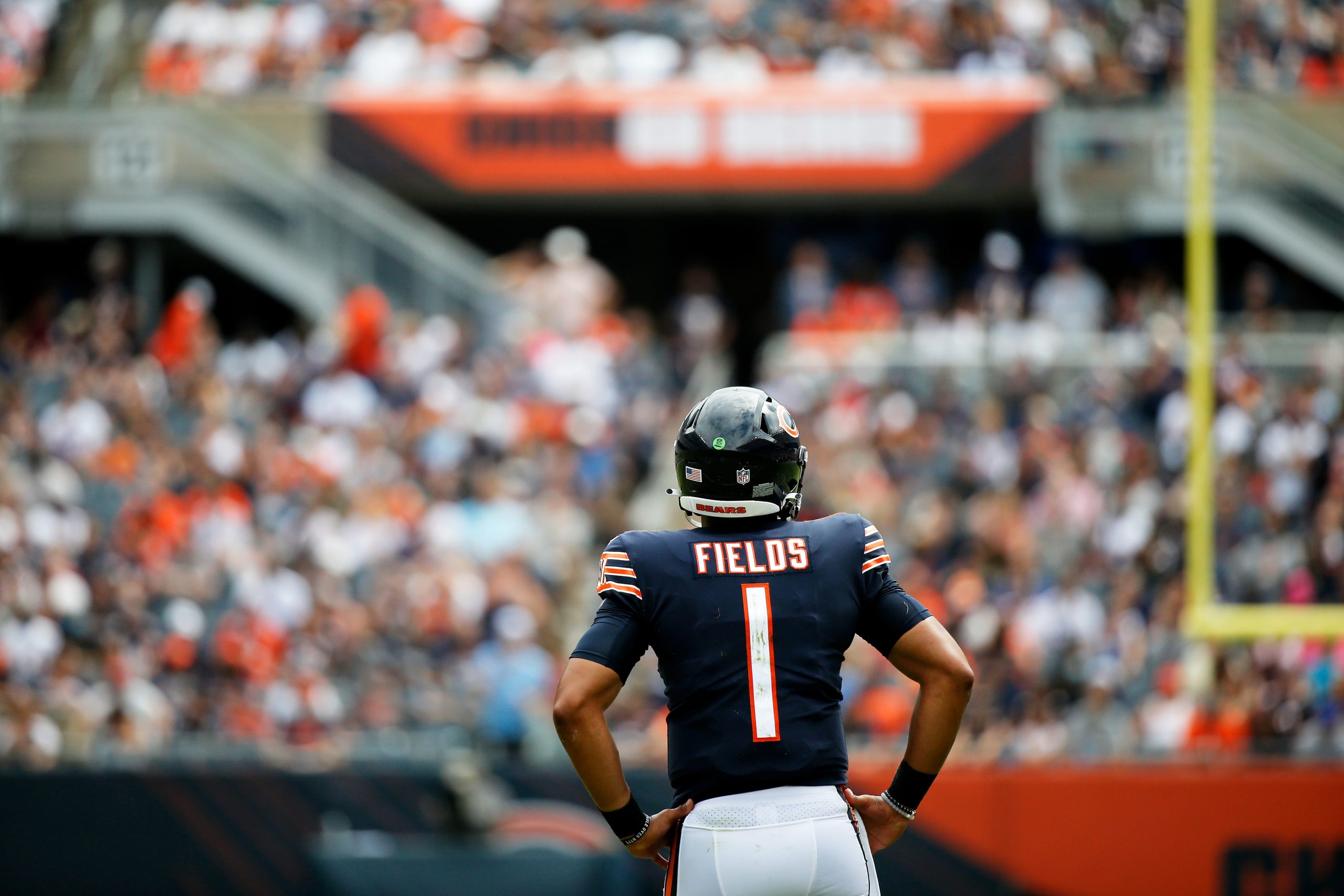 Don’t forget to check out our AFC East division preview, which includes a +350 best bet!

The 13-29-1 Patricia era is over in Detroit and in comes Dan Campbell to replace him, who has spent the last five years under Sean Payton as an assistant coach. The Lions also have a new face at quarterback after trading Matthew Stafford for Jared Goff plus draft capital. They also traded away their number one wide receiver Kenny Golladay and two of their receptions leaders from 2020. They face the seventh-toughest schedule based on regular season win totals and are underdogs of a touchdown or more in 10 out of 17 games on lookahead lines. The Lions are in full rebuild mode and will enter the 2022 NFL Draft with plenty of capital including two first-round picks.

While the Packers are most likely to win the NFC North, the betting value lies with the Minnesota Vikings at +300. One chink in the Packers’ armor is that although they are 26-6 over the past two seasons they’ve seriously outperformed their Pythagorean Theorem wins in both seasons and this will regress at some point. They should have won only 8.60 games in 2019 and 10.9 games in 2020. Since 2007, teams that have won two or more games than they should have gone 19-6-1 to the under on their regular season win total the following year. The Packers win total sits at 10.5 this year compared to the Vikings’ 8.5. There are also some offensive line concerns with them losing center Corey Linsley and guard Lane Taylor in free agency, while left tackle David Bakhtiari has yet to return from a torn ACL.

Although the Packers handed the Vikings a 43-34 loss in Week 1 last season, Minnesota was starting a number of rookies on defense. They later got their revenge at Lambeau Field and handed the Packers a 28-22 home loss. With the defense back healthy, some solid free agency additions, and a full offseason this Vikings defense can be a top 10 unit in 2021.

No team in the NFL will welcome crowds back more than the Vikings. With the way their stadium is designed to bounce sound off the roof, it’s become one of the loudest and toughest environments for road teams to play in and that’s backed up by the numbers. Since US Bank Stadium opened in 2016, Minnesota had a 24-9 record prior to last season and with no fans in 2020 they went 3-5. They also have the best cover rate in the NFL at 70% over that duration, so look to bet them early in home games against the Seahawks and Browns in Weeks 3 and 4 when fans will be most excited to be back at games. With the talent and Zimmer’s defensive mind, this unit could make some noise in 2021. At +300, the odds are just too good to pass up on the Vikings to win the division.