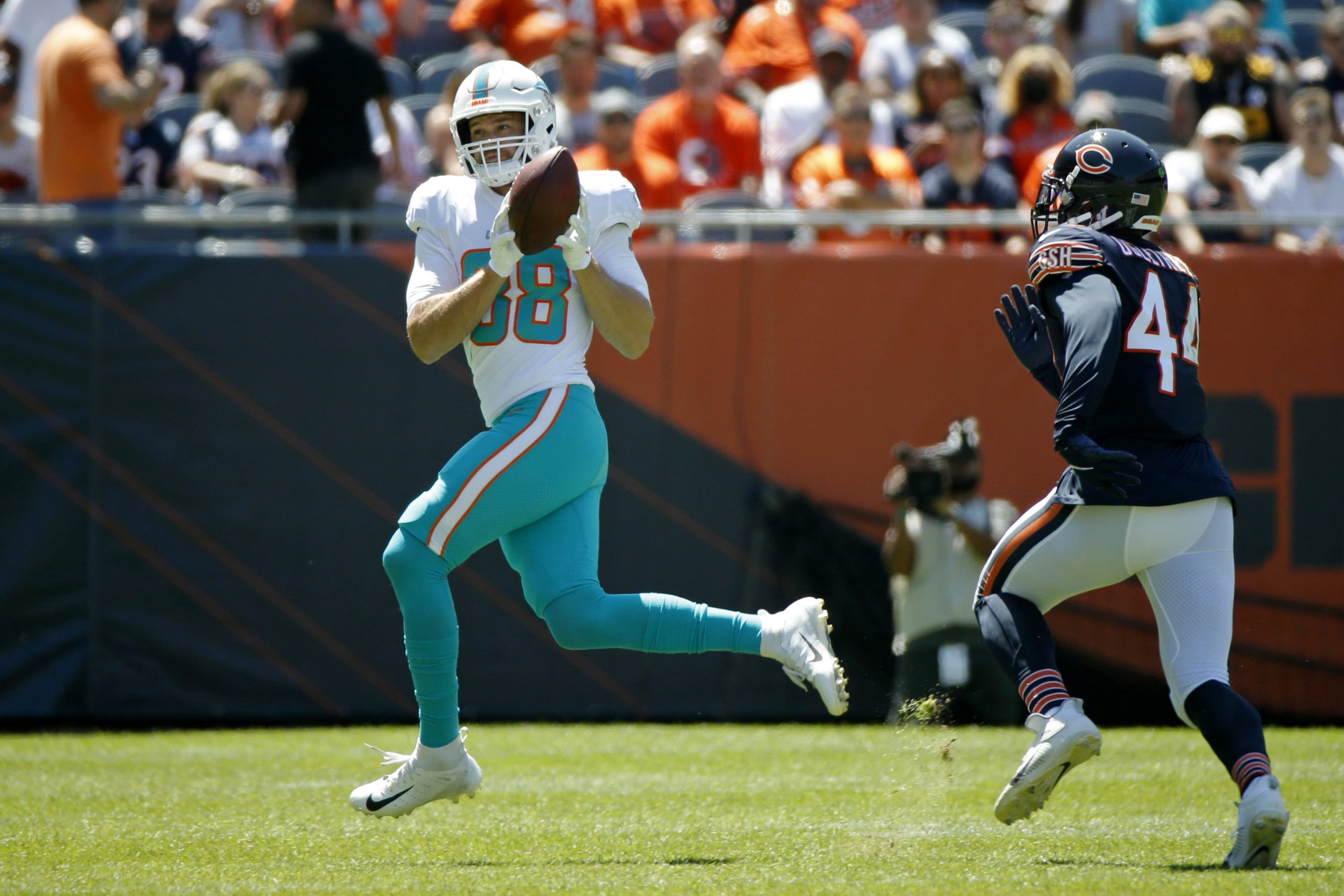 The best divisional clash on the Week 1 NFL slate is the Miami Dolphins’ AFC East visit to the New England Patriots. This Sunday showdown should be a great curtain-raiser on that division race, with both these teams hoping to get the better of last season’s champions Buffalo while keeping the New York Jets in the rear-view mirror. The teams split their series last season, each winning at home–New England in Week 1 and Miami in December.

We’ve put together a 3-leg same game parlay that pays +675 odds with DraftKings Sportsbook. Let’s check it out.

As you can see, this a simple spread pick of the Dolphins getting a start of more than a field goal plus a tight end prop from either team, with Miami’s Mike Gesicki making a decent contribution and New England new boy Jonnu Smith being held relatively in check on his Patriots debut. It should be a hard-fought defensive battle with two young quarterbacks–Tua Tagovailoa of Miami and New England’s Mac Jones–getting a good test of how much progress they have made and indeed how far they still have to go.

The Dolphins were a much better team than the Patriots last season; they won 3 more games and only just missed the playoffs. What let them down was consistency at quarterback, with the coaching staff not having faith in rookie Tagovailoa to even finish the games he started. But veteran Ryan Fitzpatrick is no longer around to take over if things get sticky. The training wheels are off, and reports suggest the light has gone on for Tagovailoa in his second season and a big jump in performance level can be expected. Jones beat out Cam Newton to win the Patriots’ starting job, but he goes up against a tough defense on his NFL debut and the Dolphins look a decent bet to at least keep this contest close.

Gesicki is a key weapon for the Dolphins. He can be a matchup nightmare for defensive coordinators and led the team in touchdowns last season, while being second in receiving yards only to top wideout DeVante Parker. His receiving yards totals have increased from 202 to 570 to 703 yards in his 3 NFL seasons. Last year he averaged a handy 46.9 yards per game. We need just 8 more than that for this parlay, and the Patriots defense could have particular problems trying to match up with him. The worry for this leg is that Belichick is a master at trying to take away what he sees as the opposition’s biggest threat and it’s reasonable to think he might give Gesicki extra attention. Trying to stop a player and carrying it out are not the same, however, and Gesicki looks worth backing to have a good day.

New England’s out-of-character free-agency shopping spree included bringing in two tight ends, Smith from the Titans and Hunter Henry from the Chargers. But however much cash the Pats invested in Smith, he hasn’t had much time to get it together with Jones. Smith played just 20 snaps across 2 preseason games, catching 1 of his 2 total targets for 16 yards. Henry didn’t play at all in preseason, so it would be a surprise if they were a huge part of the gameplan against a Miami defense that handles tight ends pretty well in any case. Smith and Henry may both prove to be key players for the Patriots, but it won’t necessarily happen in the first game.