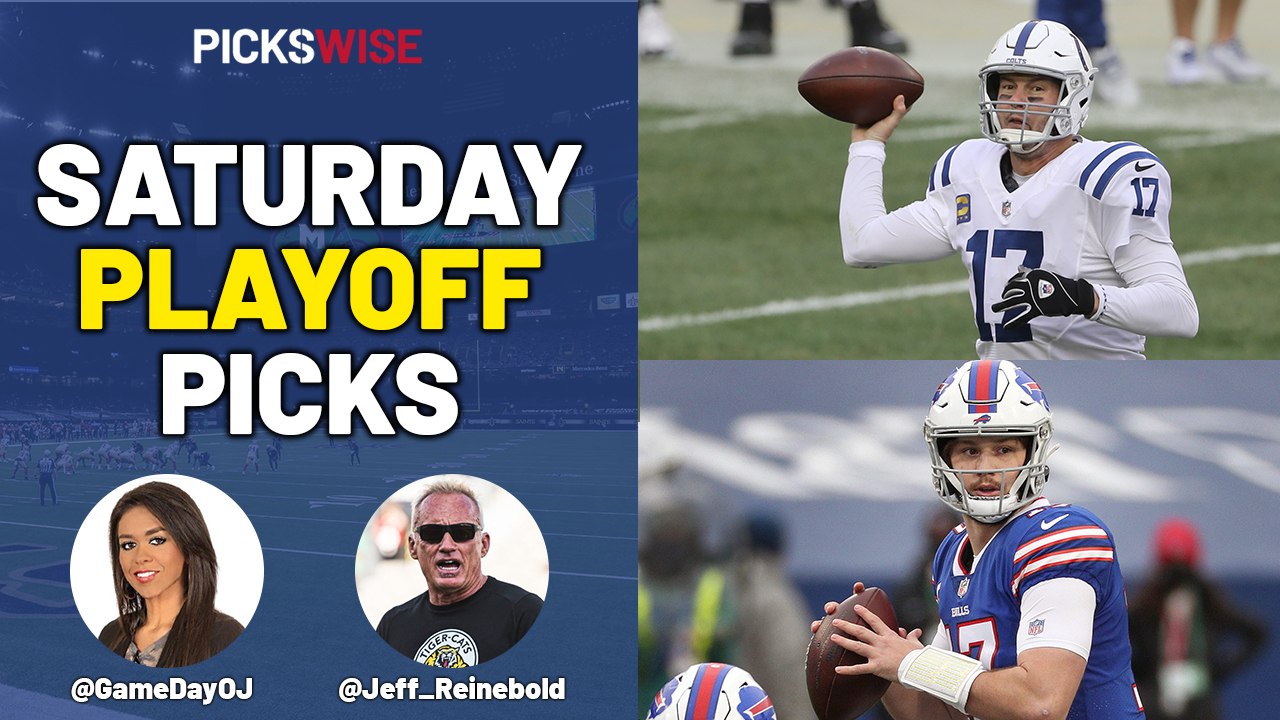 It’s crunch time, ladies and gentlemen. The NFL playoffs have arrived and the action kicks off this Saturday with three wild-card round clashes. You know what that means — we’re back with another episode of the Pickswise NFL Show! Our NFL betting preview is hosted by Rachael Van Oranje from ESPN975 radio and Jeff Reinebold, a man with over 30 years of coaching experience and a sharp eye for betting picks.

We’ve reached win or go home time, and every team in the postseason will have belief that they can go all the way to the Super Bowl at the start of February. Be sure to check out our analysis for who we expect to win the ultra-competitive AFC, while our expert has also broken down his picks for who wins the NFC.

The postseason officially gets underway on Saturday afternoon when the Indianapolis Colts take on the Buffalo Bills. Buffalo has been borderline unstoppable of late, putting up huge numbers in each of their last three games. Can Philip Rivers and the Colts find any way of slowing down this Bills juggernaut?

That hot contest is followed by the all-NFC West clash as the Los Angeles Rams face the Seattle Seahawks. The Rams are having quarterback issues at the wrong time with Jared Goff banged up, but their defense has been the heart of their team all season and it will be up to Aaron Donald and company to try to earn the unlikely victory. Russell Wilson and the Seahawks offense have dropped off from the big numbers they were producing at the start of the season, but can they find their spark at the right time?

Saturday Night Football features what will likely be a defensive battle between the Tampa Bay Buccaneers and the Washington Football Team. The Football Team won five of their last seven games, and their success in this one all depends on whether they can stop Tom Brady and the Bucs offense. Tampa averaged more than 40 points in their last three games, but coming face to face with the likes of Chase Young is a totally different proposition. Can Brady give the Buccaneers their first playoff victory since winning the Super Bowl in 2003?

Along with the NFL previews for each of the three Saturday playoff games, Rachael and Jeff provide us with their Pickswise Lock of the Day. After Jeff went 12-5 with his underdog picks over the course of the season, let’s see if he can continue that hot form into the postseason.

As always, you can also read our expert previews for every single wild card round game of the NFL playoffs.