NFL Week 1 Picks Against The Spread & Straight Up For 2020

NFL week one picks against the spread and straight up for every game this week. Get our free NFL week one expert picks below. Get free NFL picks every week of the season.

NFL opening lines for the spread and total for Super Bowl LV. Get the NFL…
View Article 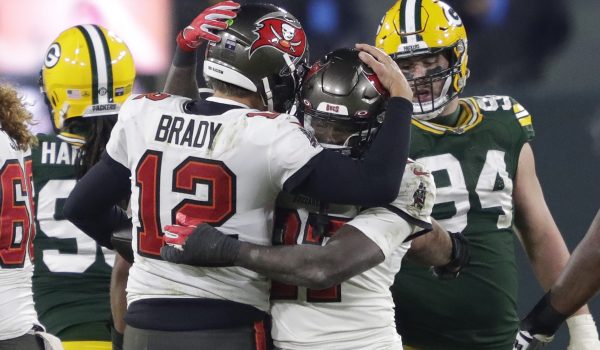 NFL 15h ago
Best NFL Playoffs Prop Bet for Bills vs. Chiefs: In Mahomes we Trust

Patrick Mahomes is back, baby! Well, the truth is he was never out—at least not…
View Article 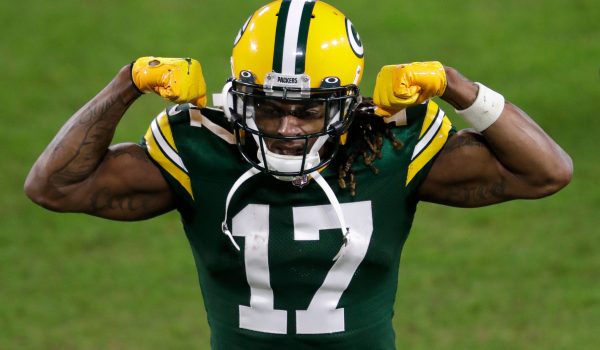 NFL Week 1 Picks Against The Spread & Straight Up For 2020

The home of our free NFL Picks and Predictions for week 1 of the 2020-21 NFL season.

Our expert NFL handicappers, research the entire NFL Week 1 schedule, leaving no stone unturned to bring you the best NFL expert picks across the week 1 slate.

We take a look through all of the week 1 NFL games, bring you the entire schedule, including the week 1 spreads, betting lines, and Moneyline favorites and our week 1 NFL picks and predictions will encompass all of these popular NFL Betting lines, alongside our match previews and analysis.

A blockbuster NFL week 1 schedule, with the Super Bowl Champion Kansas City Chiefs hosting the Houston Texans to get the season started. 16 matches to feast upon, with our experts spending hours analyzing everything from team news to matchup, trends, and more ahead of making our Week 1 NFL picks and predictions.

Our experts take a  complete look at all of the NFL odds for Week 1. The balance between a confident  NFL pick and good value odds is an important one, so taking a look at the Week 1 NFL odds is always important ahead of making your NFL Week 1 picks or wagers.

With many different NFL betting lines to focus on in any given match, we take a look at the main three, most popular markets in the NFL week 1 Moneyline odds, Spreads, and Totals.

The Super Bowl Champion Chiefs open the season at home, hosting the Houston Texans, and are strong favorites to pick up where they left off, with most books having their NFL week 1 odds as -10 favorites and -500 straight up.

The second favorites to win the NFC this season are the Baltimore Ravens and they open the season as the second biggest week 1 favorites, favored to beat the Browns and -8.5 on the spread.

Other notable favorites include the Colts, 49ers, and patriots who are favored by around a touchdown depending on where you shop the odds.

The over-under NFL week 1 betting lines are some of the hardest to call all season but are also the hardest to draw up for oddsmakers with limited information to go on.
To open this season, following a season that saw the sixth-most points in a regular-season in 2019, we have just two lines at 50 points or above, down from 4 NFL betting lines north of 50 to open last season.

The highest total on the week 1 betting lines is the season opener between the Super Bowl Champs, the Kansas City Chiefs, and the Houston Texans at 54.5.

By contrast, the lowest week 1 NFL betting line for the overs-unders is set at 40 in the AFC East clash between the New York Jets and Buffalo Bills.

One of the biggest offseason stories was unquestionably Tom Brady’s departure from New England after 20-seasons and his Tampa Bay Debut comes on the road against key divisional rivals in the New Orleans Saints and fellow future Hall of Famer Drew Brees. Brees and Brady have met just 5 times despite combining for 557 career starts, and it’s Drew Brees that edges the head-to-head 3-2, but two of those wins came back when Brees was a San Diego Charger. The Saints (-105) and the Buccaneers (+135) are frontrunners for the NFC South title and this NFL week 1 clash is an important one for both sides in the title race, right off the bat while giving us our first glimpse at what the Brady-led Buccaneers are going to be this season.

The reigning Super Bowl Champions, Kansas City Chiefs play host to the Houston Texans in the season opener in the only NFL week 1 matchup that sees two 2019 division winners face off. The 2020 Texans will have to adjust to life without DeAndre Hopkins after trading him this offseason to the Arizona Cardinals, but they did receive a much-needed addition at running back in David Johnson as part of the trade. The Chiefs have gotten their house in order this offseason, including signing QB Patrick Mahomes to a massive 10-year extension worth up to $503 million dollars. The Patriots were the last team to win back-to-back Super Bowls in the 03-04 & 04-05 seasons, and the Chiefs will be looking to navigate this tricky opener as they look to do the same, and start the season as +600 l favorites to win successive Super Bowls.