Atlanta Falcons: What will their 2020 record be? 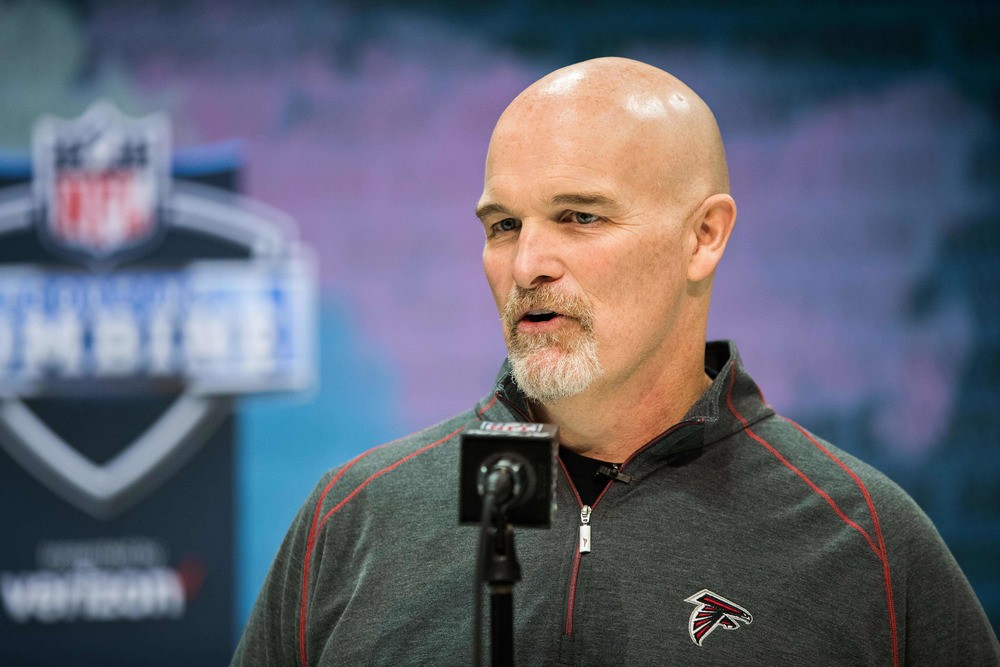 Dan Quinn keeping his job as head coach of the Atlanta Falcons was one of the most surprising developments of the entire 2019 NFL campaign. He won’t keep it again if his team once again misses the playoffs.

And that is a proposition easier said than done, especially given that the Falcons play in a loaded NFC South. Their 2020 schedule also includes road dates with the Dallas Cowboys, Green Bay Packers, Minnesota Vikings, and Kansas City Chiefs. How will Atlanta fare game-by-game as it tries to navigate those treacherous waters? Let’s take a look.

Week 1 is way too early to tell, but there is a chance this could end being a significant contest in terms of the NFC wild-card battle. Whatever the case, it is a decent opportunity for the Falcons to take care of business at home and beat a pretty good team. Win

This is a similarly big one for Atlanta in Week 2, but this one’s on the road. Head coach Mike McCarthy’s home opener in Dallas will have the crowd (if there is one) positively buzzing. Loss

Atlanta is a team that can score points no matter what the opposing defense brings to the table. Chicago’s offense simply won’t be able to keep up. Win

Unlike last season, the Packers probably aren’t going to be anything to write home about in 2020. Still, Lambeau Field is not an easy place to play and the Falcons have never been world-beaters on the road. Loss

This could be the Falcons’ easiest game of the year. And it should result in their biggest blowout of the year. Unless Christian McCaffrey goes wild, this will be over by halftime. Win

Atlanta’s road schedule is positively nightmarish, and it continues with this trip to Minnesota. The same result (although an upset here would be far less shocking) as the 1998 NFC Championship is not going to happen. Loss

This is the easiest stretch of the Falcons’ 2020 campaign, with the Panthers twice, the Lions, and the Broncos all in the span of five weeks. Throwing away such an opportunity is not something they are going to do. Win

Speaking of McCaffrey going wild, that is a very real possibility against a mediocre defense such as that of the Falcons. Still, even on the road, Atlanta will likely put up too many points against this rebuilding division rival. Win

The friendly pre-bye slate wraps up with what should be a relatively routine AFC West contest. Atlanta will only feel good about itself going into the break if it wins this one and wins it big. Win

New Orleans has mostly owned this rivalry in recent years and more of the same will likely continue in 2020. Until Drew Brees final steps away from the game, Atlanta may not have an answer. Loss

This looks like the Falcons’ lone slam-dunk victory of the post-bye schedule. Head coach Jon Gruden may eventually get things going in Vegas, but that is at least a year away from happening. Win

You would think Mercedes-Benz Stadium would give the Falcons a better chance than going on the road to the Big East, but that may not be the case. They have actually been just as good (or more like less bad) in New Orleans than at home. Loss

Given the season-ending trio that comes after Week 14, this a must-win for Atlanta. And it should be able to get the job done. Los Angeles is not exactly the toughest place to play these days. Win

The Falcons might not be good enough this season to score a so-called “signature” win, but this would be it if they go on to make the playoffs. A revamped Tampa Bay squad is going to good, but it may not be great in year one of the Tom Brady era. Win

Unless the Chiefs have already secured home-field advantage throughout the AFC playoffs (which is unlikely by Week 16), this will be too tough of a test for Atlanta. The defending champions are favorites again—and for good reason. Loss

This could be as big as it gets for the Falcons in 2020: Matt Ryan vs. Brady in the season finale. If there is one thing you can count on in football, it is the Falcons choking when the pressure mounts. Loss

Prior to the Week 10 bye, the Falcons’ schedule allows for them to engineer a fast start. And they will have to do it, because a concluding stretch of Bucs-Chiefs-Bucs is brutal. The thinking here is that Atlanta will be decent but unspectacular. At 9-7, that may not be enough to bag a playoff spot and save Quinn’s job.