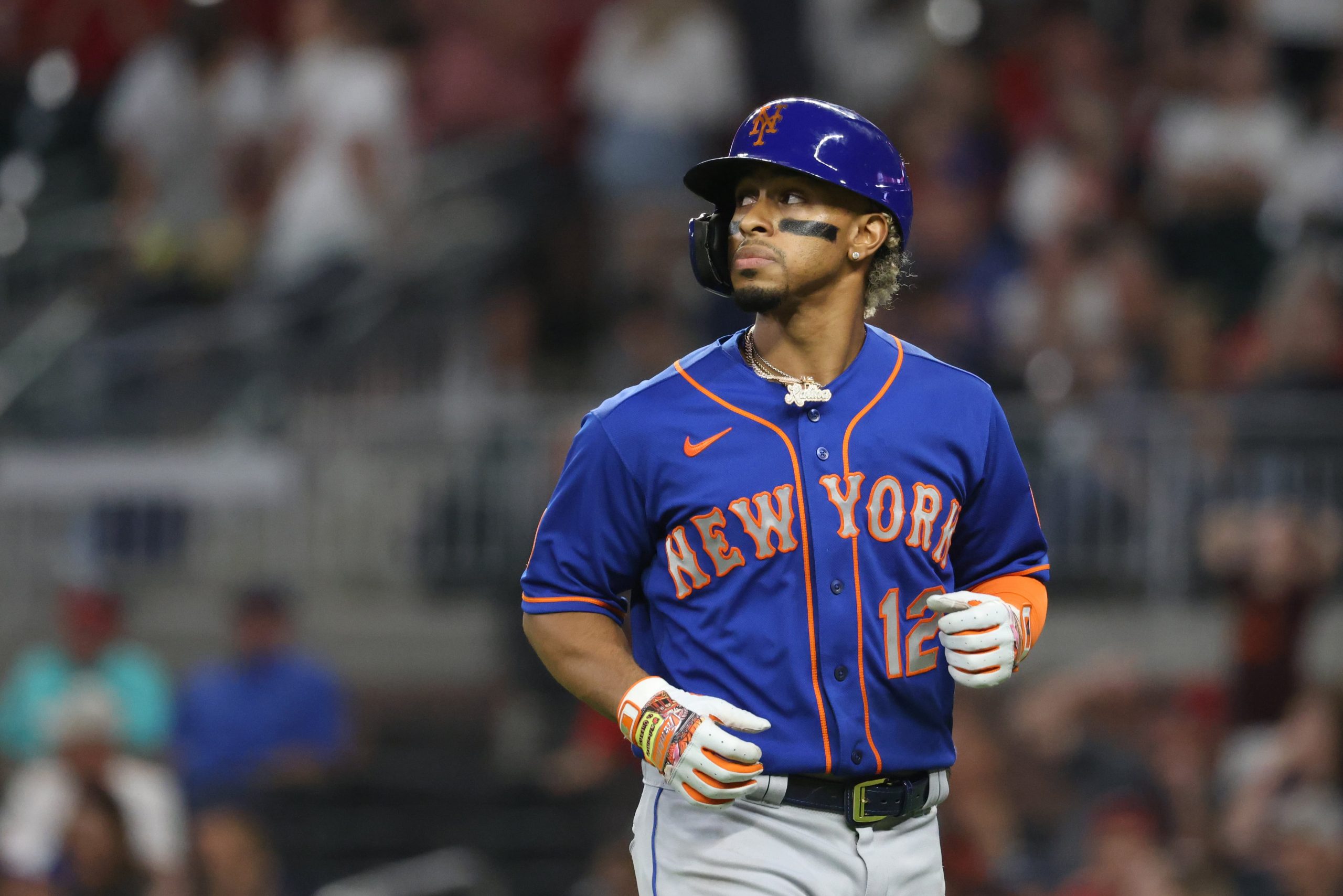 Are you missing baseball too? For those that don’t know me, hello! My name is Keith Schmelter and I was the most profitable MLB writer on the Pickswise staff last season. I finished +37.6 units on money line/run-line picks, +52.9 units on game totals, and +39.3 units (21-6-1) on three-star plays for Pickswise. I’m a die-hard baseball fan with an even greater passion for statistics who loves to watch and bet on baseball. I will be analyzing every MLB team and giving my predictions for their 2022 season.

Although he only made 15 starts, Jacob deGrom had a historic season. He finished the year with a 7-2 record and a 1.08 ERA in 92 innings. He was well on his way to being a strong candidate for the NL Cy Young and MVP before forearm tightness prematurely ended his season. The ace has now dealt with shoulder, elbow and forearm injuries in his young career, which have all forced him to miss a considerable amount of time. But when he’s healthy, deGrom is the best pitcher in baseball.

When your ace has a 1.08 ERA but only 7 wins in 15 starts, there’s a problem. That problem was called the Mets offense. Lindor barely hit .230, the team had the 4th fewest RBIs in the league, and they averaged the 4th fewest amount of runs per game. The Mets starting pitching was fine and their bullpen had the 9th best ERA, but their offense cost them numerous games.

The Mets are the best team in New York. While the Yankees had interest in a lot of free agents, they only made one major move. Meanwhile, the Mets signed Max Scherzer and Eduardo Escobar and traded for Starling Marte and Mark Canha. Having deGrom as your ace is a wonderful thing, but he can only pitch once every five days. New York wanted to improve their starting rotation and had their sights set on a veteran pitcher in his prime. Enter Scherzer.

The 3-time Cy Young winner and 8-time All-Star signed a 3-year, $130 million contract with the Mets just prior to the lockout starting. Scherzer was dealt to the Dodgers at the trade deadline last season after over 6 years with the Nationals. As expected, Scherzer made an immediate impact for Los Angeles as he posted a 1.98 ERA and 11.7 strikeouts per nine innings in 68.1 innings.

New York was prepared to out-bid any team for the free agent they wanted this offseason. It became apparent that they want to shift to a win-now mode and try to win a championship in the next 3 years while they have deGrom and Scherzer in their prime. That began their journey to reassemble their offense which included trading for Marte, who has an incredible mix of speed and power, and Canha, who is an above-average hitter. Pair that with Escobar who has above-average power at second base and that is a solid offense from the one to nine spot.

It’s a little surprising to not see the Mets as the favorites to win the NL East. With a solid starting rotation that includes Carlos Carrasco and Taijuan Walker after deGrom and Scherzer and a new-look offense to improve their weaknesses from 2021, I’m frankly surprised to see them at plus odds to win the NL East. I think the division winner will either be the Braves or the Mets, but I’m more confident in the team the Mets have assembled for 2022 so I think New York to win the NL East at +155 is worth the value.